Are macarons still a thing? 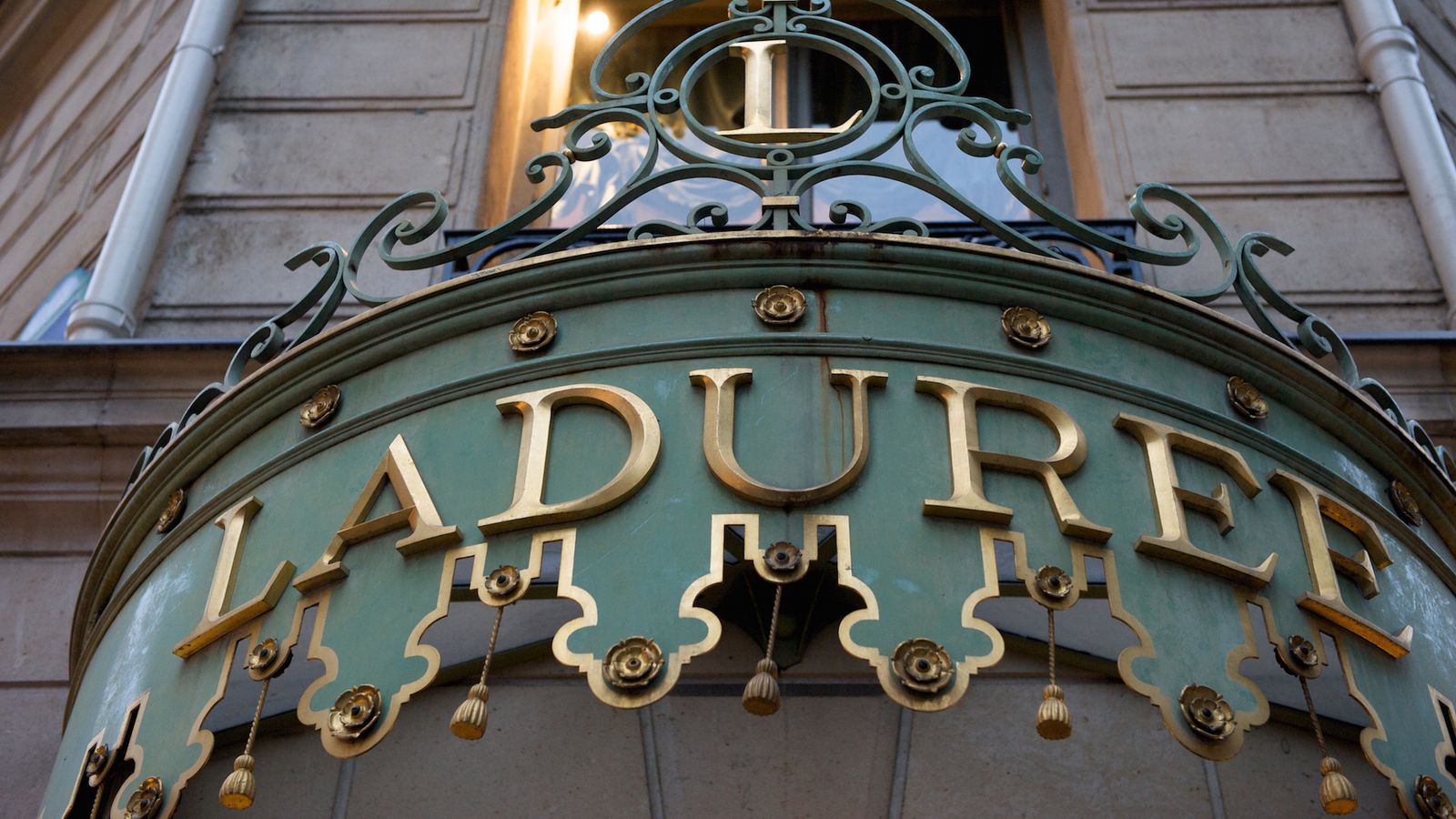 No, but on the other hand Laudree has been around since 1862 so presumably they can ride out the thing/not a thing factor

Still enough of a thing to support bakers that sell nothing else.

If boba is still a thing…

Only for folks who like them. Ladurée makes a fantastic version. I visit their NYC store when I’m in town.

About frickin time!!! Pierre Herme would have been wonderful but I’ll settle for Laduree.

I wish it was not in the grove though, PITA to get in and out…

I said the same thing to my husband. Only if Pierre herme would open their macaron and chocolate shop in LA.

I’m still waiting for that unicorn of a restaurant that has menu offerings of poke, macarons and boba.

That way, I can eat my bowl of poke, wash it down with big cup of boba, and then finish off my meal with a handful of macarons.

Well, Poke Bar has poke and macaron ice cream sandwiches. I think the combo should be poke, acai bowls, and matcha - screams LA to me.

A ton of people liked this on Facebook. They certainly are a thing.

I don’t care about macaroons anymore, but i do care about Laduree!!! had some in europe a long time ago and they are still memorable…

Not wanting to be super specific, but macaroons and macarons are two different types of species of cookies.

Don’t care whether they’re trendy or not. I love, love macarons. So far, Lette in B.H. is my idea of perfection. So looking forward to Laduree. Thanks.

So looking forward to Laduree

I love macarons but I was not very impressed by Laduree. I’ve only ever had them in NY. Not sure if this is true or not but I heard all of the Laduree macarons are made in Paris, frozen and shipped to the US. When I was in Paris I went to Pierre Herme and a couple of others that were recommended by friends.

If they ever get somebody to bring eclairs from Paris I’d be the first in line.

Interesting. I wonder how & where Lette’s are prepared.

They used to be in Venice, but their rent got jacked up. Now they have a production facility that’s open to the public in an industrial part of Culver City.

Fads Aside, the Perfect Macaron Is Timeless

Versions of the macaron may be everywhere, from McDonald’s to hit TV shows, but for the cookie’s old guard the focus remains on adherence to tradition.


Does he ship them frozen? “Any pastry chef who says he doesn’t freeze his macarons is a liar,” Mr. Hermé said.

There are Ladurée shops in 21 countries. Macarons shipped to non-French destinations for Ladurée come out of a factory in Switzerland, where they are frozen before shipping. (“We don’t say they are frozen — it’s not a very pretty word,” said a Ladurée spokeswoman, Aude Schlosser. “We say they are in hibernation.”)

I doubt that the macarons we buy from local places in LA are frozen but maybe I am just naive. Our favorite is from Merely Sweets in Brea - run by two ex CIA grads.