Seems like a clash of visions between proprietor and chef.

Yes, reading between the lines, it sounds like his relationship with Mexiterranean Hospitality must have soured. I hope he’ll open something new and independent in SD, eventually.

More conjecture (info?) from the Union-Tribune 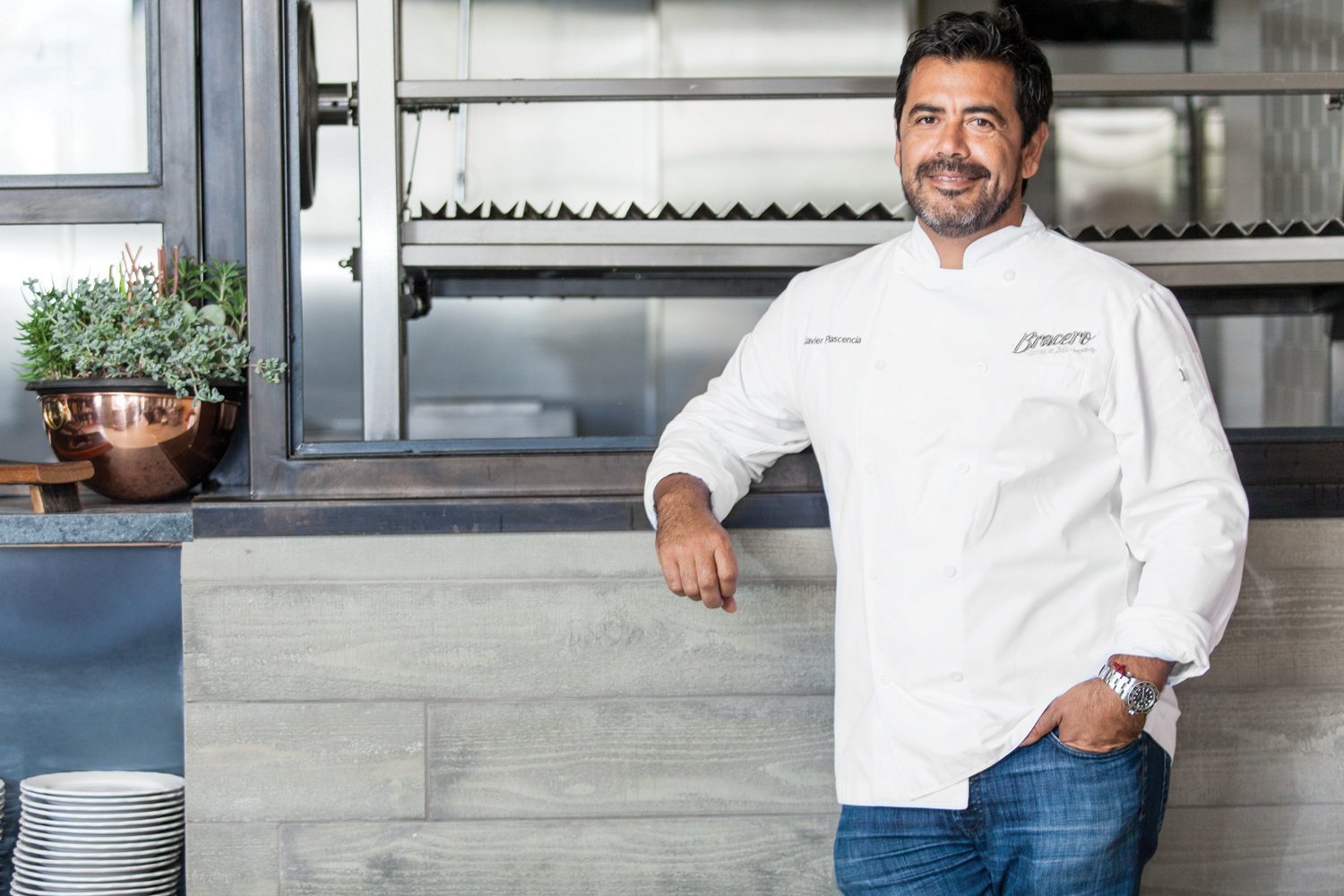 Was just going to post that article, you beat me to it

“Tight margins.” The old restauranteur fallback when one is not good at business, or is trying to justify over-priced food. Also, “I guess Los Angeles just wasn’t ready for [insert random country/culture/ethnic group here].”

“They wanted to start cutting corners around the kitchen and doing simpler things and ordering from Sysco,”

Trust me on this…there are a LOT worse things than ordering from Sysco. There’s a reason they’re called a BROAD line distributor, they carry almost everything you can think of, and, at every quality level. They have multiple lines that are designed specifically for fine dining, as well as sustainable lines, local produce and all the buzz-wordy stuff foodies demand these days. If a restaurant wants something, they’ll find it.

I’ve said it before, and I’ll say it again…Sysco (and US Foods, and Shamrock, et al) will deliver what the chef orders. The chef (or designee) controls the order, ergo controls what comes in the back door. Most of these high-profile restaurants have a dedicated sales rep working with them to source what they need and make sure whoever is ordering knows which products are appropriate for their business and which aren’t. And as long as an operator can guarantee they can move 3-5 cases of a product a month, Sysco will stock a specialty item for the operator. Blaming Sysco is an easy out because they’re a big, nameless, faceless organization associated with high volume, mass feeding. This isn’t necessarily a defense of the broadline distributors, because unless you’ve got the volume or the profile, you’re pretty much at their mercy, I’m only pointing out that what comes in the door from Sysco is only as good as the order that was placed by the operator. Ordering from Sysco isn’t necessarily the problem, it’s WHAT gets order that counts and can affect the quality of the end product.

I think there was a lot of truth in the U/T article.

Preparation of Mexican food IS laborious. I remember the first class I took with Diana Kennedy 20+ years ago. The first thing out of her mouth - in that refined British accent - when the class started was “Mexican food is laborious”. And that it is. It takes a lot of hands to produce the food, whether traditional or modern. Those hands cost substantially more in SD and the US than they do in TJ or Mexico. Plus, if you work those hands more than 30 hours a week, you’ve got to pay them benefits as well. If they’ve gone from 120 employees at opening down to 60, that’s a substantial reduction in labor and in the quantity of work (i.e. prep) output. Does that affect the quality of work output? Depends on the skill of the person doing the prep.

While it may seem like a cop-out, margins are tight in Little Italy. By the time you’ve paid for food, rent, utilities, linens, labor and benefits, serviceware (i.e. plates, glasses, silverware, etc), insurance, and equipment repairs - among other things - there’s not a lot left in terms of profit. Menu prices can only go so high and remain competitive with the 250 other restaurants within walking distance of your front door.

For me, the most interesting part of the article were the comments about having a contract - even with family - that clearly spells out the terms and expectations. It appeared to be implied that there were enough differences that were not covered by a contract that it led to the split. I’d guess this is probably the real crux of the issue(s)

I like Javier, I like his cooking and his vision. In fact, I’ve had some of my most memorable meals eating his food…but that has been SOB (South of the Border) not locally. Opening a restaurant here is way different that opening one in Mexico…far more involved, far more complex and far more regulated. The complexity and regulations are clearly not JPs thing

and, frankly, I don’t think they’re the “thing” for most operators, but the successful ones find a way to navigate through them. Javier will land on his feet in Baja just fine, I’m not sure, however, the same can be said long term of Bracero

"Peña said Bracero’s menu was too focused on modern Mexican cuisine and will be revamped to make it more familiar, yet still with modern elements. "

I’m willing to check it out in a couple of months, but it just won’t be the same Bracero that I met and fell in love with when it first opened in 2015.

I wish Javier well in his new endeavors SOTB, but he will be very much missed.

Trust me on this…there are a LOT worse things than ordering from Sysco.

My “YIKES” was sort of a mocking response, but I knew I’d lure you in.

DD is made of steel, RBH.

Well, a relatively nearby “Romesco’s” will be great. But very, very sad to see Plascencia’s vision for Bracero burn out so soon here.

Romesco’s in Little Italy has opened in the former Bracero location. Alas, the food we had there today was mediocre to poor and the service was flat-out sloppy.

The basic two-level layout remains the same as in the Bracero days, and the only thing we noticed that was different on the lower floor was that the tables and chairs are wood. The bracero hats are gone from the staircase, as is the large, heavy machine-like art piece that was suspended between floors. The upper level is much the same as before, but the northeast corner (where we sat) is now more open to the outdoors, where there are more tables…

Still, we were disappointed. We both thought that the ambience had lost something in the conversion from the shuttered Bracero to a second Romesco’s. For us, the overall ambience along with the dress and demeanor of the servers at the Bonita location makes it feel truly Mexican; at the LI venue, not so much.

As we approached the restaurant around 2:30 today, it didn’t look like it was even open. The first floor was empty and seemed dark, although there was a greeter when we arrived. (She wasn’t when we left.) We were seated upstairs, the only option, where there were just a few other diners – and a boisterous bunch at the bar that appeared to keep the bartender preoccupied.

Well, OK, it was Sunday and all they had to offer was a brunch menu. This consists mainly of tapas and breakfast plates. Well, fine. I decided on green chilaquiles (they also have red); my partner the ahi tuna tostada. I ordered green because the server said it was the hotter of the two.

Shortly after we were seated, we ordered draft beers – two different kinds. After a long wait, we finally caught the eye of another server (not ours) and asked if we could please get our beers. Our server then arrived to tell us that they were out of the beer that that my companion had asked for. So we asked for two of the same kind (El Sully, a pilsner) and we also placed our food orders. After another, slightly shorter wait, our server returned with just one glass of beer, saying that that was all they had left. My companion then ordered a Negra Modelo, which finally came. Phew! Success at last.

Due to the overall delay in getting our beer, our food arrived shortly after.

The small tostada was piled high with large chunks of tuna. Flavor-wise, it was just OK, according to my companion. I think it would have been better tasting (and easier to eat) if the fish had been divided onto two or three small tostadas. We’ve had much better, similar tostadas at the Bonita location.

Unfortunately, my chilaquiles plate was poor. It tasted like flavorless tortilla chips that had simply been soaked in vinegar; it was very sour and had almost no tomatillo or serrano flavor. The heat level was a zero on my ten-point hotness scale – and this was the “hotter” of the two versions! The toppings (crema, avocado, onion) didn’t help because the amounts were so skimpy. It needed something – badly. So I asked for some hot sauce, assuming I’d get one appropriate for the dish. Hopefully house made. No such luck. I was served Valentino hot sauce in a little bowl. From the flavor I thought it was Tapatio, but later I saw a large squeeze bottle of Valentino near the cash register adjacent to the restroom area. No way would I put either on chilaquiIes verde, although I did put some it on the lifeless little dab of refried beans (which tasted like they came right out of a can). The ranch-style potatoes were so-so, but on this plate they were the best thing.

Needless to say, we don’t plan to return to this location. I sure hope that the Romesco’s in Bonita is still serving up the delightful food that we’ve enjoyed there.

I was talking to someone about this who works at the restaurant and they’re hoping some of the Comic-Con crowds will spillover.

There was so much promise when Bracero opened. Sigh.

Wow. . .sounds like you and your honey bun would of been better off getting the $1 craving menu at Taco Bell.
I’d want my $40 back!