What a place Cadet is. I hadn’t been back for some time, but was tipped off about Tominga’s sublime biscuits returning on their brunch menu, and so my Saturday afternoon plans were formed. It’s a damn crime that the place was about empty other than myself. The biscuits are back exactly as they were at The Hart & The Hunter, with the country honey butter and blackberry preserves. No pimento cheese, but I personally always preferred the blackberry preserves and honey butter. I’ll be a hog’s mama if there’s any better biscuits than these out there. God damn. Despit his recent snubbing of Cadet, J Gold once called these biscuits one of the best 10 dishes in all of Los Angeles, and I agree with that sentiment. I could die happy if I was shot dead in the middle of eating a plate of these biscuits. I don’t even know how to describe them, beyond buttery, laden with even more sumptuous butter, the sort of which I have never ahd anywhere else, slicked with just the right amount of honey to not be cloyingly sweet, and blackberry preserves that actually smack of the tartness of the berries with a supple full saccharinity… god damn… the biscuits are fluffy, and crispy, and bite-sized, and simply fucking perfect. When I eat each bite I am truly convinced there is nothing better I could possibly be eating.

The best part is that they are back on the dinner menu as well. In fact, Cadet looks to have totally revamped the menu to focus on smoke, and Southern flavors. I had no idea. They scrapped the Korean-fusion element, and look to be focusing on stuff more like a more modern version of The Hart and The Hunter. I can’t wait to go back for dinner!

I also had a dutch baby, as I always chase them. Tominga nailed the texture and egginess one seeks in the pancake form, and the hand whipped cream and powdered sugar, as well as natural maple syrup are dynamite. The fresh thyme, blueberries nd blackberries are a delicate touch that works oddly well. However, the apple felt like too much to me, but my stomach also doesn’t handle apple so well, it’s probably fine for most. I tend to prefer dutch babies with minimal toppings, just powdered sugar and lemon is probably my favorite out at Plum’s Cafe in Newport Beach for reference.

Cocktails were also really well done. And the service was super accommodating. I asked if they could use the cold brew I brought with me in their coffee cocktail with amaro, vermouth, etc… because I prefer my citrus-y, fruit-y flavored kyoto from Balconi over Stumptown’s standard brew, and they obliged! The 22 they make is a very delicate balance of pepper, ginger, egg whites, scotch, and lemon. A cocktail that has everything you need on the morning of a hangover to pair with soaking up your sorrows in those biscuits haha

What a truly spectacular place.

I should also mention, I burned myself on the super hot dutch baby pan, and the staff was super helpful in giving me band-aids and burn cream, and even comped the dutch baby for me, which was really going way beyond necessary since I was the one who accidentally bumped into the hot pan. Still, the incredible service mixed with the ineffably spectacular food makes me wonder why Cadet doesn’t have multiple hour long waits… I am almost hesitant to direct more people there to destroy the hidden gem, but I also REALLY want these people to stay in business.

Can’t wait to go back for dinner!

I think it would be safe to say they were focusing on smoke before they changed up the menu. Still have that rabbit boulettes and biscuit dish?

Lol so you just ordered biscuits and a dutch baby? Fantastic

I wasn’t sure what else to order, but those two things were more than enough to soak up all the alcohol from the night before (and the alcohol from the cocktails at brunch…but one had coffee and amaro = caffeine and digestif, and the other had ginger, lemon, honey, and pepper = health tonic so…seems like they were legit, a little alcohol on the hangover is a good thing supposedly, too). The biscuits alone were really the main draw anyhow though, I almost just went and ordered several orders of them alone. Somehow they are just better plain, with the fucking incredible country honey butter and blackberry preserves than in the boulettes, but they still have that dish on the dinner menu.

I guess you are right, the focus was on smoke before as well, but not it seems like the augmentations are leaning more California, or Modern Southern I guess… I’m not totally sure how to describe it. I recall the rabbit boulettes dish being kind of the exception to the general rule of the flavors presented in a lot of the dishes prior, which now seem more focused around the boutlettes dish’s type of flavor palette.

But perhaps I’m just misremembering. I believe I am somewhat correct given the return of the biscuits, and the eliminate of the banchan + crepes, and general Korean fusion aesthetic.

I could see myself dropping in here quite regularly for a cocktail and biscuits now. I’m gonna go back for sure. They have a smoked pork collar with a fig and pistachio sauce that sounds wonderful, and sourdough stewed long beans. These certainly sound (and when in the restaurant itself, smell) like things I would highly enjoy eating.

The Dutch baby looks fantastic for breakfast, I think this is the first I’ve heard of it.

Yup. Cadet’s brunch kicks ass. I had the Dutch baby, Benedict, and Biscuits. The Benedict I had there put BLD’s to shame.

Now if they would just bring back the wonderful oxtail onion soup from their opening menu, especially as we are getting into colder weather.

Have you been for dinner recently? I went back in April, but they’ve seemingly redone the whole concept of the dinner menu.

I have not yet gone to Cadet for dinner. I wasn’t really excited by the dinner menu when I went for brunch.

The dinner menu on the website is much larger and more diverse than the one I recall when I went about a month ago. I’ll have to try dinner now.

Indeed, really seems like they are trying to revamp it.

Went for dinner last night - nothing special, and not even much good.

– Oxtail French Onion soup quite greasy, but flavorful, marred by way too much bread and minimal oxtail.

–Wood Grilled Black Cod, Roasted Turnips, Scallion, Smoked Shiitake Broth - could have been nice (fish and smokey broth were done well) but it seems like a big dollop of the ashes from all the wood grilling got deposited in the soup broth rendering it just terrible. And most of the turnips were under cooked, some uncooked

Seemed like the chef, if one was present, was in a coma.
There were more servers eating and drinking than patrons - I would not expect it to survive far into 2016.

Place is packed every time I go.

Surprised you didn’t ordered the bandied about biscuits.

Did you even go to dinner though? Maybe a killer brunch game and an average to mediocre everything else?

I went a long time ago (April).

Possibly (though unforgivably) they are better on weekend evenings when there are more customers and attention. 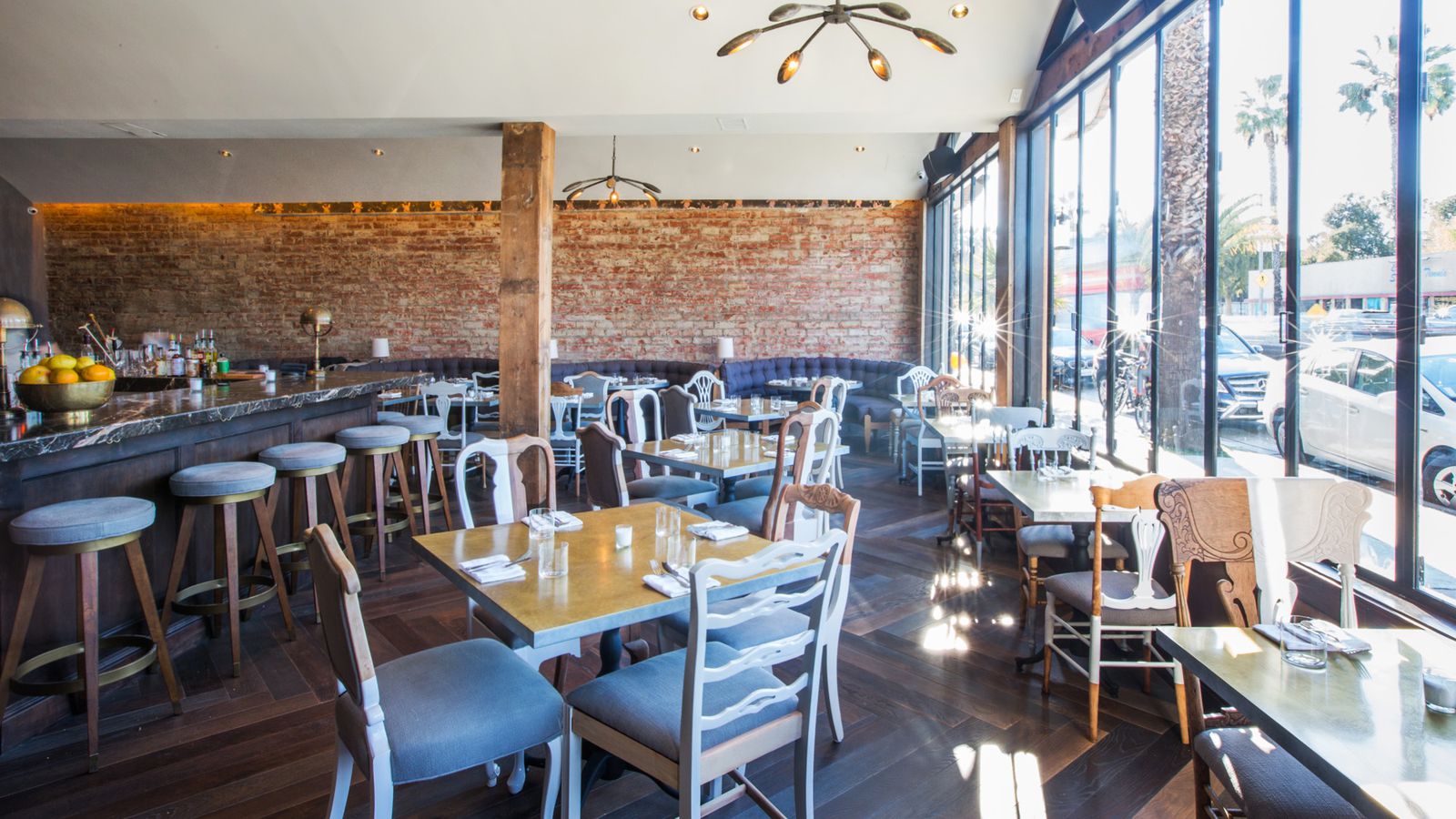 Cadet in Santa Monica barely makes it a year, with plans to close on January 9

Owner Jeff Weintstein is flipping the concept in spring 2016.

So sad…It was really good.

I would not expect it to survive far into 2016.

Just sayin’
And I had no inside info.