CaliBurger To Open In Pasadena

CaliBurger (channeling In & Out) is scheduled to open in Pasadena on June 9, 2016 at 11:00 a.m. However, you need to make reservations, order and pay through their app ahead of your arrival. All of this to avoid the lines out the door. 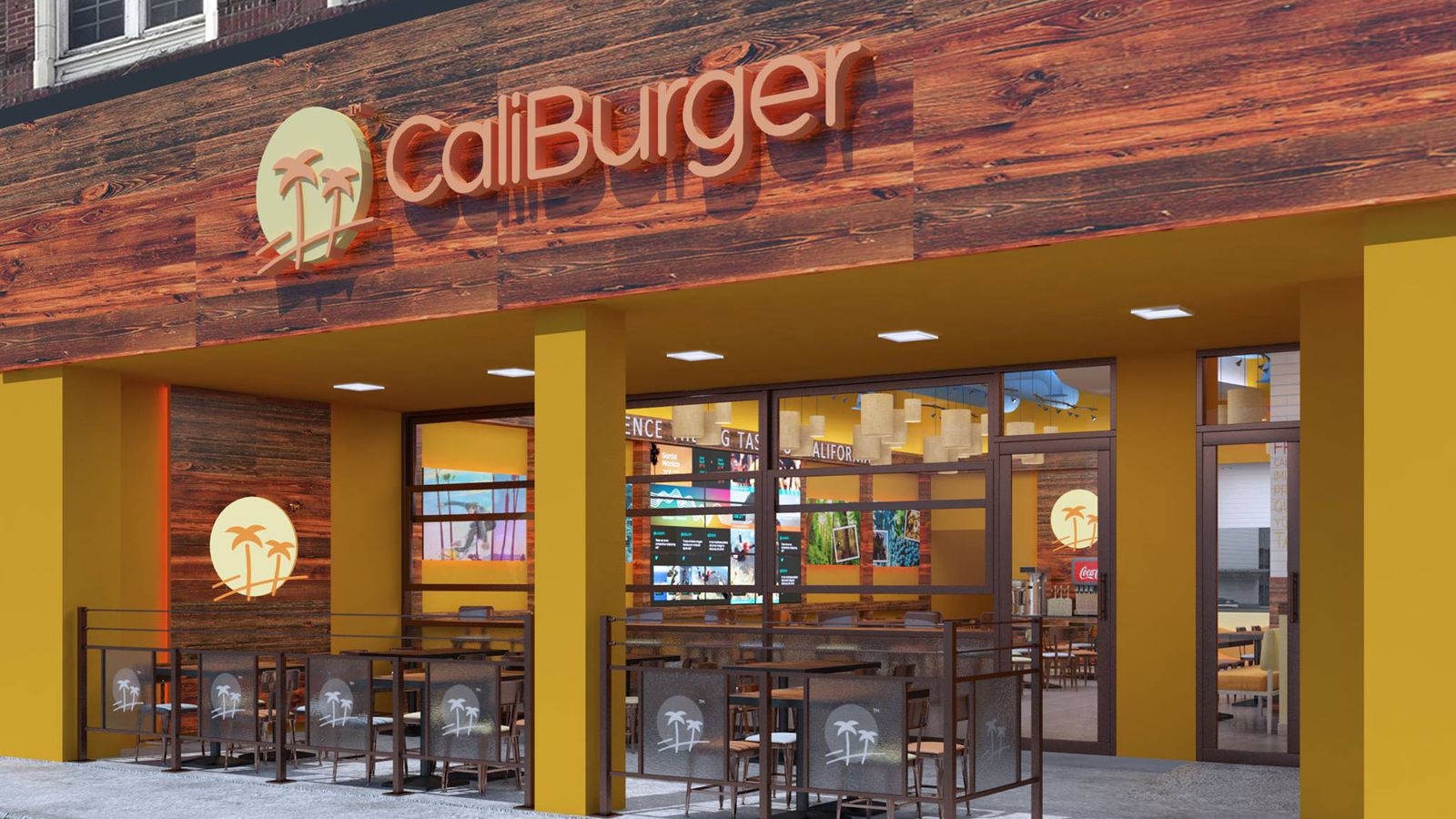 The international brand lands in Pasadena

This may not go as well as the owners expect. Recall that the cheeseburger was invented in Pasadena.

i assume the planners did their due diligence in analyzing the demographics;the address tells me they’re in the paseo mall, so they’ve basically joined a large food court. i struggle to recall any local food court that includes a national/regional fast food franchise, because they tend not to thrive there. this suggests to me that they’re targeting a different slice of the pie demographically speaking compared to in-n-out. i know it varies from location to location.but i’m pretty sure that a significant percentage of their business is drive-thru traffic, especially the pasadena in-n-out. i expect this place to expect to draw from incidental/foot/mall traffic, not to mention business from the surrounding commercial district at lunch time (including folks doing jury duty, etc.) but i don’t see that location becoming a destination for people looking for an in-n-out style menu/fast food - too much hassle parking there, and of course, no drive thru.

i struggle to recall any local food court that includes a national/regional fast food franchise,

In fact, the food court at the Santa Anita Mall in Arcadia has a McDonald’s.

And Johnny Rockets. OK, maybe it’s not that fast.

That particular mall is constantly trying (without much success) to reinvent itself. Maybe CaliBurger thinks it can siphon off folks from Islands. Good luck. And, yes, the parking there sucks. And the validations never seem to cover all your time.

In fact, the food court at the Santa Anita Mall in Arcadia has a McDonald’s.

they do? news to me.

if we had singapore/HK style food courts i’d be more inclined to visit them, i guess.

I went to one of Caliburger’s Malaysia locations a couple months ago. It was pretty busy, probably because it was in a shopping center that attracts a lot of tourists (I was there with my cousin who had some business there). I got a cheeseburger and Wild Fries, which are their version of Animal fries. The burger was fine – it was similar to the In N Out burger, but the sauce was different. The Wild Fries weren’t as good as Animal Fries IMO – again, I think it was because the sauce was different. My cousin liked the Wild Fries – he ended up eating my order while I took his plain fries. I liked the plain fries better than the INO fries – they had a better crisp to them which gave them a good texture.

And the validations never seem to cover all your time.

that was a thought if they wanted to catch foot traffic from the movie theatre - i can’t remember if the validation covers the parking completely, but it might still be a factor in making a choice to stay and eat at the paseo. still.,i recognize that my sensibilities don’t necessarily reflect their target demographic.

At Paseo Colorado it’s 90 minutes free with validation and $2 for four hours with Arclight’s validation.

I find that sometimes Arclight’s validations just don’t work at the Express exit.

thanks for the clarification. they more or less make you pay for four hours, so since you’re committed, you might as well grab a bite there as well. but they’re still drawing on foot traffic with the movie being the main draw. there might be enough pie to go around. i’m just not a slice of that particular pie. despite living within 10-15 minutes of the paseo since 1989, the only reason i went there was for the free summer dance concerts which went belly up a few years ago. actually, all the free summer concerts at various malls such as the paseo, santa anita, the galleria in sherman oaks, etc. have all become casualties of the struggling economy. maybe if we dancers actually patronized some of the mall businesses…

one colorado isn’t quite a mall, but i suppose it’s close enough, and it is just about the only commercial/retail venue that’s kept doing free concerts that include a dance floor. as a matter of fact, i danced at one of those concerts last december. unbeknownst to me, a friend snapped pics from a balcony. i’m wearing the red shirt.

and for those of you wondering, yeah, i dance. a lot; ballroom (i used to compete), salsa, west coast swing, blues, argentine tango, etc. here’s a pic of me dancing over luke’s left shoulder in an episode of gilmore girls about 35 lbs ago (and before my hair turned gray). the guy playing luke was kind enough to approach us during a break and tell us how nervous he was knowing we were dancing behind him. i had no idea he was watching us.

same show, different episode - and different partner (though it might be the same suit), actually, my partner for the other episode is in this shot in white dancing with “12”. she teaches in LA. terrific dancer.

and more recently, big bang theory. still getting residuals for that gig:

also, kraft food services on set ROCK. i can’t remember the gig, but one night for dinner they offered, beef, chicken AND fish as entrees and i ended up eating one of each and nearly regurgitated all of it during a subsequent dance scene.

Trying to find a reason to be excited about this.

So you dance off all those calories.

The one on Colorado in eagle rock, maybe?

The one on Colorado in eagle rock, maybe?

alas, not sure what you’re referring to.

that’s the theory, but not the practice.

At least you eat well.