Column: Eating in restaurants should be more expensive 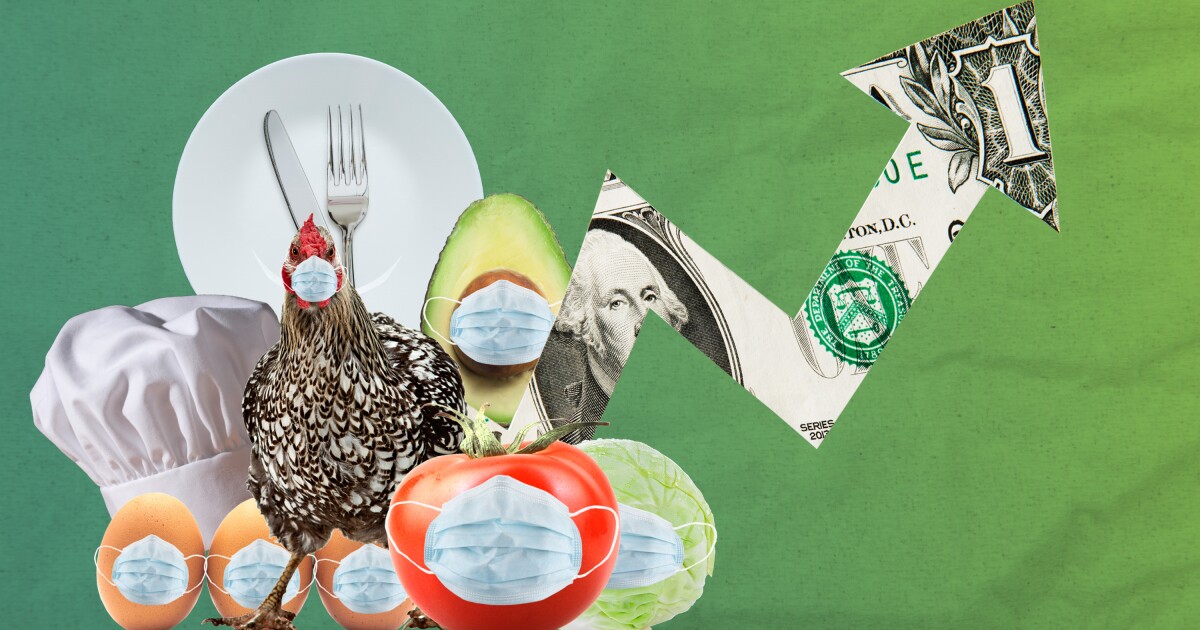 Column: Eating in restaurants should be more expensive

The value we get in eating out doesn't reflect the costs. It will have to, if the industry is going to recover.

I wonder if a year of people getting used to paying increased prices on the apps will make this more possible?

Thanks for that article. Really interesting. As with most things, it’s a societal/economics issue as much as specific restaurant or even industry wide practices.

For example, the article also doesn’t mention credit card processing fees. Taken for granted, but it’s absurd they can shave 2-3% off the top. Another example, like chicken processing, of middlemen siphoning off.

And to pick up one thread, though I quite like Alimento, his policy, however well intentioned, was a prime example of what not to do. Leaving the customer to determine (via tip) front vs back of house compensation was anxiety inducing and absurd. As a diner, I have no idea what each makes and how to balance that out with my tip.

Overall, though I’d guess the author would bristle at this or claim a misreading, it comes pretty close to blaming individual consumers (who are unwilling to pay more) with what are largely societal level and regulatory issues.

What a bunch of drivel. It is just restaurant owners complaining that they don’t make enough money. If you feel that’s the case, find a new career. Nobody forced you to open a restaurant. Consumers have no duty to pay more for your food.

Taken for granted, but it’s absurd they can shave 2-3% off the top.

Are these vendors supposed to perform services for free?

Lol cmon you know that’s not the argument. And why assume it’s a properly functioning market? Many countries have payment processing structure that favors small business, not financial capital.

It’s a monopolized segment of our economy that should be better regulated. Not arguing it should be zero but cmon.

We already do this with currency and check-clearing. The government prints currency accepted everywhere at par. The Federal Reserve clears checks at par. Before 1913 checks had similar interchange fees that credit cards have today. https://t.co/wRS9j0CZPe

The best thing Dems could do for small business is to nationalize the credit card companies and reduce the fee merchants have to pay to zero. There's a 3-5% private tax flowing from every retail business in America to VISA/Mastercard/AMEX. #NationalizeVISA

Every purchase you make with a card has a swipe fee baked in. These fees alone make billions for big banks and card companies. We need to cap them.

Merchants don’t have much say in how they accept payment, and that’s a big problem that gets passed onto consumers. LevelUp founder Seth Priebatsch takes a closer look.

Purchases With Plastic Get Costlier for Merchants—and Consumers

Visa and Mastercard are increasing a range of fees that U.S. merchants will pay to process transactions starting in April, a move likely to inflame already fractious relations between many businesses and card networks.

It’s a monopolized segment of our economy that should be better regulated. Not arguing it should be zero but cmon.

If it were possible to offer these services for less, wouldn’t market forces drive these fees down?
(I don’t want to cloud the conversation, but the same question applies to delivery service provider fees.)

This will probably get political really quick, so apologies for bringing that to a food focused board (though I know there’s a lot of overlap).

Markets aren’t always efficient, specifically monopolized markets, and markets get dominated by a few players who crowd out competition and raise prices (payday lending for example). These services, interchange and processing fees, are offered for less, significantly less, in other countries. Interchange fees are controlled by a few big players. There aren’t really market forces that can move them, unless BTC is walking through that door.

I’m not saying that there’s a free lunch. Obviously there’s a cost to any service. But right now we have big banks and cc companies leeching from small businesses (restaurants) that we all, everyone on this board, hope will succeed in an incredible difficult environment.

And I do appreciate the reply. Thanks for engaging!

Thank you for your response. My question was a genuine one.

I was not aware that credit card processing was significantly cheaper in other countries and I would be interested to see if the services provided are apples-to-apples.

There is SERIOUS competition in the credit card processing (merchant services) space. First Data, Worldpay, Chase Paymentech, etc. are duking it out each day to earn the business of merchants. I don’t see a clear monopoly issue.

Even so, if there is a problem with monopolies or unfair price setting, my first instinct would be to go after those root problems rather than plug a leak (i.e. credit processing fees) with regulations.

Definitely! I appreciate the genuine back and forth.

And I’m not a think tank level expert on this, so forgive me, but my understanding is that companies like First Data etc still have to pay interchange fees to Payment Card Networks (Mastercard, Visa, Amex, WF etc), so these fees are still there whether there’s an overlay of First Data, Square etc.

Check out the 4th bullet in this article.

6 Ways to Fix Silicon Valley, Open Up the Internet, and Save the Middle Class

Stop Facebook from spying on us, don’t let Amazon sell groceries, and jail executives who collude to lower workers’ pay.

And in 2015, the EU capped these interchange fees.

Lol you can miss me with the trolling. Totally unnecessary.

Restaurants: these cc payment processors are leeches. Fuck these fees.

my understanding is that companies like First Data etc still have to pay interchange fees to Payment Card Networks (Mastercard, Visa, Amex, WF etc), so these fees are still there whether there’s an overlay of First Data, Square etc.

Ah, yes. That is also my understanding. and a good point.

I am definitely pro small business.
I am just trying to maintain a realistic perspective.

Thanks again (wasn’t referring to you), and I’m learning something too. Definitely gonna think more about this and would love if there was a competitive solution that wasn’t regulation, as regulation/overregulation has unintended consequences.

Appreciate you engaging with the argument, whether or not you agree, as opposed to some of the less good faith responses.

Glad you’re engaging with the argument. And apologies if I misread, but don’t know why you needed to be so glib. The comment you choose to quote was directly about rent seeking.

And cc fees are rent.

Why are we all paying a tax to credit card companies?

Visa and MasterCard make billions off transaction fees, effectively raising prices on everything you buy

Purchases With Plastic Get Costlier for Merchants—and Consumers

Visa and Mastercard are increasing a range of fees that U.S. merchants will pay to process transactions starting in April, a move likely to inflame already fractious relations between many businesses and card networks.

There’s nothing inherently problematic about regulations. The free market would never have made the food supply safe or gotten tetraethyl lead out of the air. American opposition to regulations is driven less by it being difficult or expensive to follow them than by the profits to be made by ignoring, easing, or abolishing them. The Jungle is a 1906 novel by the American journalist and novelist Upton Sinclair (1878–1968). The novel portrays the harsh conditions and exploited lives of immigrants in the United States in Chicago and similar industrialized cities. Sinclair's primary purpose in describing the meat industry and its working conditions was to advance socialism in the United States. However, most readers were more concerned with several passages exposing health violations and unsanitary practices in the Ame The b...

"The Clean Room" is the seventh episode of the American documentary television series Cosmos: A Spacetime Odyssey. It premiered on April 20, 2014, on Fox and aired on April 21, 2014, on National Geographic Channel. The episode explores the methods and processes used to measure the age of the Earth. The episode also pays tribute to geochemist Clair Patterson (voiced by Richard Gere) in his quest to remove the neurotoxin, lead, from gasoline. The episode's title alludes to Patterson's attempts Th...

The House Select Subcommittee on the Coronavirus Crisis is seeking documents from the Occupational Safety and Health Administration, as well as three of the country's largest meatpacking companies.

There’s nothing inherently problematic about regulations.

Yep. The biggest challenge, IMO, is developing those regulations while considering input from all affected parties and, especially, having all of the parties understand and appreciate where the other sides’ perspectives and concerns are (understanding the need for balance and give-and-take seem to be a mystery to some people). I’ve observed the process for making changes to the Code of Federal Regulations and have seen why it can take a decade to make any significant code changes.