Is Smog Cutter all that?

I’ve never fucking been but supposedly it’s a perennial favorite of the Charles B. set. And I posted on dive bars some time ago on the other site, if anyone cares to copy and paste from there. 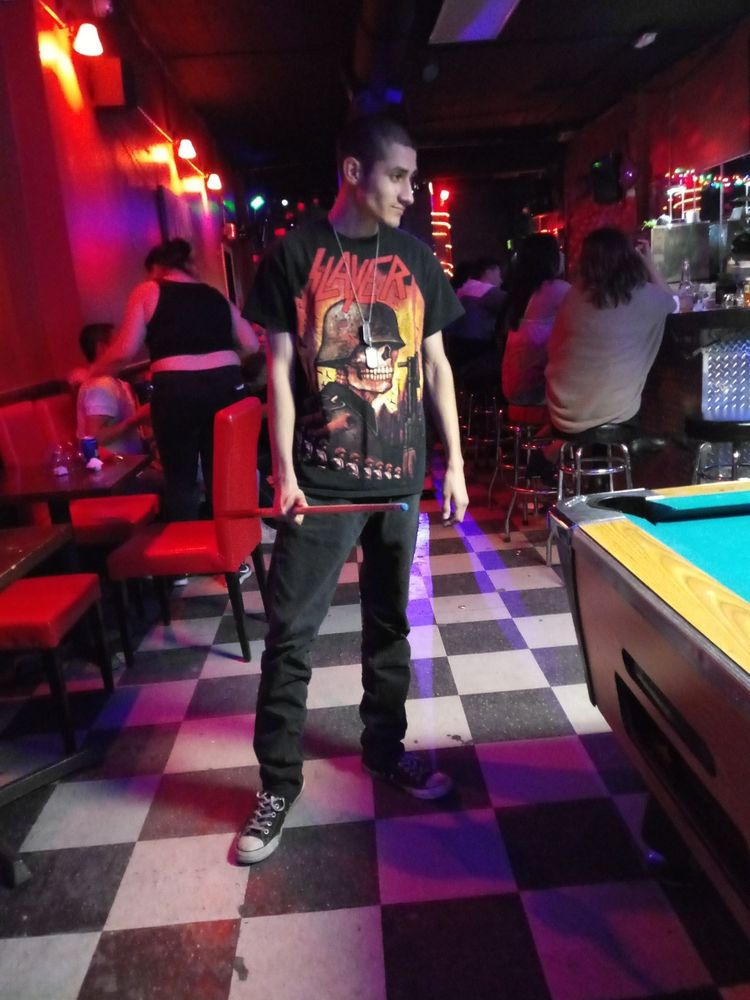 the world famous reno room in the lbc.

the interlude in the fucking lbc.

and people have been telling me about the crummy no where’s ville dive bars lining the san pedro wharf er shoreline. nothing like a rum and coke around 615 in the morning, with the salty sea air permeating the environs and a rough necks the only order of the day at that hour.

I LOVE your whole F bomb writing style…I fcking bust gut, every friggin’ time you post something…
You should have your own TV show…you’re that fcking good…and THAT ain’t no f*cking joke!

Swinging back rum and cokes at 6am…re-living the early 90’s…yeah baby!

Used to go to Al’s Cocktails on Las Tunas in San Gabriel. Cash only, a whiskey and coke would get you a glass with whiskey and a can of coke for $6 I believe. If you happen to be a smoker, they’d bring out a cat food can to ash in.
This was about 4-5 years ago. I haven’t been lately so not sure on how it is anymore., opens at 7am.

Was never a regular at this place but always enjoyed its divey feel. Authentic with zero pretense. Sad to hear it’s about to be hipsterized.

Was never a regular at this place but always enjoyed its divey feel. Authentic with zero pretense. Sad to hear it’s about to be hipsterized.

Is that what happened to King Eddy saloon ? A hipsterized hole I hear .

King Eddy used to be a real dive. There was an even divey-er (?) place across the street called Craby Joe’s - yes, spelled with one “b”.

Spent more than a few nights at the King Eddy, including one memorable evening commemorating the life of LA novelist John Fante, who wrote “Ask the Dust” right up the street. His family was in attendance. It was a real honor tipping back shots of rotgut whiskey with his son and daughter. Eddy used to have pickled eggs on the bar and plates of potato salad for a buck. Drank the cheap booze but could never bring myself to eat the “food.” Smokers were sequestered in an iron mesh cage.

These days, it’s clean and doesn’t smell like pee. Some people call that progress.

R.I.P the old King Eddy . Where do the real alcoholics go now for a drink ? Now that they have been kicked out .

Yep. That’s what happened to king eddy but that was before my time.

There’s a few bars in that stretch of las tunas that serve say a rum and coke for but 3.75 or 4.

Even one that once served me johhy blue for 15 bucks a fucking pop.

Yep. That’s what happened to king eddy but that was before my time.

Loving all your dive bar places. .
What do you all think of this top 10 dive bar list by LA Weekly. .

The debate about what constitutes a dive will never be settled, not even in a bar brawl. We realized this the minute we endeavored to write a definitive book about the subject in 2010, Los Angeles' Best Dive Bars- Drinking and Diving In the City of...

Used to be a place in Lakewood, up the street from Mc DAC (McDonnell Douglas / Douglas Aircraft Company) - that’s how long ago this was… called the Zebra Room.

Very dark inside. Cheap wood paneling. Christmas lights on the ceiling, year-round. You order a beer at the bar and they give you a can of Coors (regular of course - what’s “light beer”?) and a little jelly glass.

And they had a grill in the back of the room, where you’d grill your own steak. And that was about it. It was awesome !

There’s a zebra room in Torrance. The same?

These days, in the Lakewood “area”, the equivalent would be The Hawaiian Room. Dark, opens at 8am-ish, with twerking. Or Rocks, opens noon-ish, no twerking.

My town is loaded w/ dive bars. Don’t forget to bring your shank.

Of these, I prefer Godmother’s Saloon, simply because the live music keeps the fighting outside LOL

I used to hit up The Bull Pen in Redondo back in the day. That was always a trip back in time.

yeah, this sounds like it’s related to the fucking Sherman room in Northridge or van nuys as it were.

I spent more time than I would like to admit at Hi Brow on Foothill in Pomona when I was going to Cal Poly in the early 90’s. Cheap, stiff drinks and crusty bartenders. It was a mix of college students and local barflies, and all managed to coexist peacefully. Friar Tuck’s was across the street if you wanted to shoot some pool, eat free popcorn and suck down a few pitchers.

I somewhat like the Bull Pen, and there’s a band on the weekends but sometimes it’s just not fucking divey enough.

and the drinks are not that cheap.

but then again you’re in the middle of somewhat fashionable Riviera Village of Redondo.

You should have your own TV show

is it that fucking divey ???

more so that the Scarlet Lady or is it the fucking Scarlet room next door ???//////