Experience a bit of Noma, Red Medicine and Destroyer in your morning Cup of Joe @ TRINITI

The pedigree at this Echo Park coffee shop is sort of ridiculous.

The owner and chef (yes, I said, chef), Joseph Geiskopf, worked with Jordan Kahn at Red Medicine and Destroyer, as well as starting off as a line cook at Noma (yes, Noma!).

Meanwhile, the barista running the coffee program at Triniti is none other than Matthew Jung-Quillen, who if you didn’t know is the mastermind behind Coffee Manufactory as well as the former Director of Coffee at Destroyer, and a former dentist to boot.

There’s a wonderful Destroyer/Noma like take on the classic salade Lyonnaise with sunchokes and a perfectly poached egg in olive oil, the entire salad pairs wonderfully with their housemade bostock, which is created (yes, created) with in-house bread baked purposely a day before just to make this very French French Toast.

Oh, yeah, and the nitro cold brew on tap is pretty good too. And they’ll do a flat white with ristretto on request.

You can also request a coffee flight as well. 'Natch.

damn, ipsedixit is better than Eater.

Been meaning to go try this out since the people at Californios mentioned it.

So how much is just a plain cup of coffee? 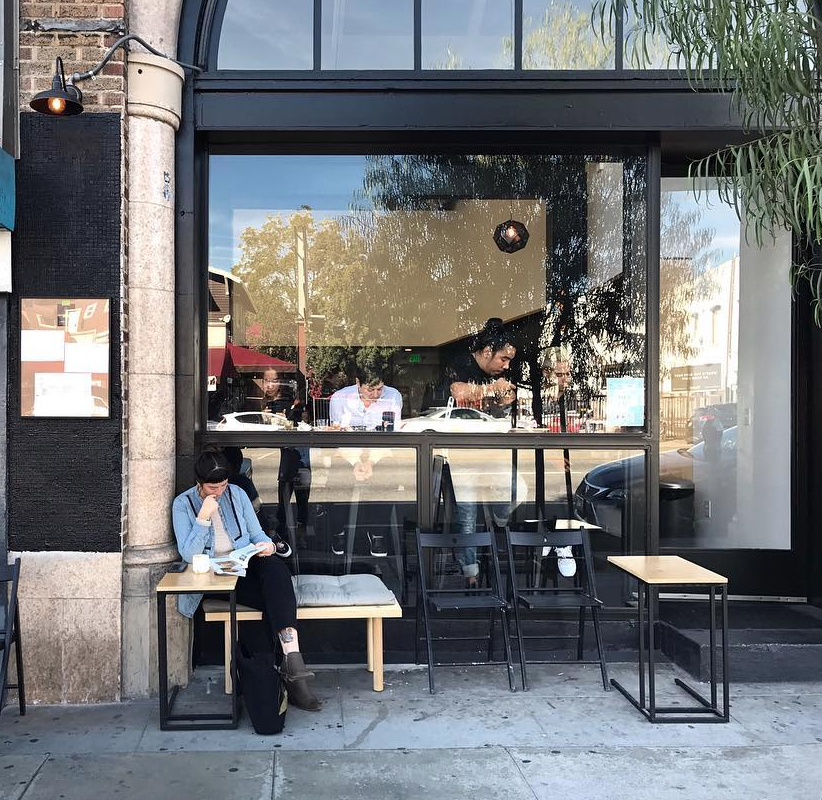 Why Echo Park’s Newest Café Could Be a Turning Point for the Neighborhood’s Food...

Went here last week and was very impressed with that sunchoke salad. It felt very similar to Destroyer (which I consider a compliment) but more comfortable, and they didn’t hate me for sitting there with my laptop for a while.

@catholiver my espresso drink was $4, and IIRC a cup of coffee was a little less than that. Dishes were in the $10-16 area, but the portion on my salad at least felt generous.