Being a long time lurker on chowhound I’m fairly familiar with the Japanese board there which, to put it mildly, is extremely high end sushi focused and rather unfriendly to the idea of children in any eating establishments so I’m hoping for more friendlier responses here. My wife and I have decided to take our two young kids to Tokyo in late February and could really use some recommendations. We’ve been to Tokyo several times in the past before kids and once after kids. Now that our oldest is a little older we were hoping to venture beyond the family restaurants, depachikas and department store restaurants that would be okay with us bringing our two girls along.

We aren’t looking for Michelin star restaurants here but hopefully good examples of Japanese cooking of any cuisine to expose our children to new foods. For example we were able to bring our kids to Aburiya Raku in Las Vegas and they loved it. We’ve also been to Fuku yakitori near Shibuya before kids and were hoping to experience something similar again.

So to be more specific I was hoping for recs on yakitori, traditional handmade soba, interesting izakaya fair similar to Raku, Japanese style Italian food, etc. Basically if it’s uniquely japanese in a way and difficult to find in the States we are game. We love excuses to walk and explore new neighborhoods as long as the restaurant is fairly accessible from central tokyo by train or subway.

So hopefully there are some kind souls here that could help us out.

This thread from the other board may be helpful.

sushi in tokyo with a toddler - Restaurants - Japan

Read the sushi in tokyo with a toddler discussion from the Chowhound Restaurants, Japan food community. Join the discussion today.

Thanks for trying to be helpful but I was already aware of that thread and it actually doesn’t have much useful information. Besides a specific recommendation for a private room at Kyubey and Midori Sushi.

I was hoping for specific recommendations outside of everyones usual suggestions of department stores, family restaurants and rolling sushi. If it wasn’t so hard to find information I wouldn’t be asking here. For example: 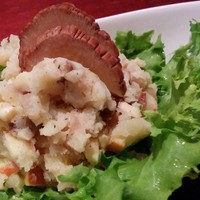 FukuCheck out the information about Izakaya (Tavern) restaurants in Yoyogi-Uehara, Higashikitazawa at Tabelog! It's full of real information like reviews, ratings, and photos posted by users! It also has enough detailed information like maps and...

This lists Fuku as being child friendly but my experience there suggests this may not be the case.

Anyone out there know if “Boruga”, aka “Volga” yakitori is still where Alpha Dog Jim Leff described it in his 2004 “Chowhound in Tokyo” article ? We took our 14 yr old son and his 15 yr old friend to Japan, 11 years ago, and used the “scavenger hunt” directions in the article to get to the place; both the search and the food were among the highlights of the trip.

Oooh: it appears to still be there! http://pcillu101.blogspot.com/2015/06/boruga-in-tokyo-best-izakaya-for-sake.html

How did it go?