The long awaited higher end dim sum palace, Grand Harbor, has opened up in the shopping center on the NW corner of Las Tunas Dr. and Rosemead Blvd. in Temple City, a couple of doors down from Guppy House. It’s one of the nicer facilities around–short of J Zhou in Tustin or Shanghai Seafood Village #1, but well appointed and a nice place to take out of town guests. I presume they’re trying to position themselves near the top of the local dim sum pecking order. Lots if interesting items on the dim sum menu. I had the corn pancake, the crispy fish cake, egg tofu rice noodle rolls (prepared akin to the cruller rice noodle rolls), baked bbq pork bun with abalone sauce (several of their items are infused with abalone sauce), and the purple yam mushroom bun (yam filling inside a bun designed to look like a toadstool). Other interesting items on the menu include egg tofu with beef, pig blood radish cake, radish cake with dried scallops in broth, papaya pudding cake, abalone dumpling, crispy beef rolls, and water boiled beef balls. However if it’s Grand Harbor’s goal to break into the top echelon of local dim sum, they’re not there. At this point, the food is more interesting than good, with nothing on this visit standing out and some of the stuff downright bland. Street address is 5733 Rosemead Blvd. Grand Harbor takes over Pho Hanh and whatever was next to it.

the few reviews i’ve heard have been mixed. value has yet to match price for dim sum, but they do better in that regard at dinner. i’ll probably wait until 2016 to give them time to work out the kinks (or go out of business) before i give them a try.

Interesting. The decor looks very much like JZhou. Do we know if the owners are the same or if a former manager/chef of JZhou left to help open the place?

Aside from the decor, there’s also the chicken knee dish. And these two dishes are similar in presentation to the Jzhou versions. 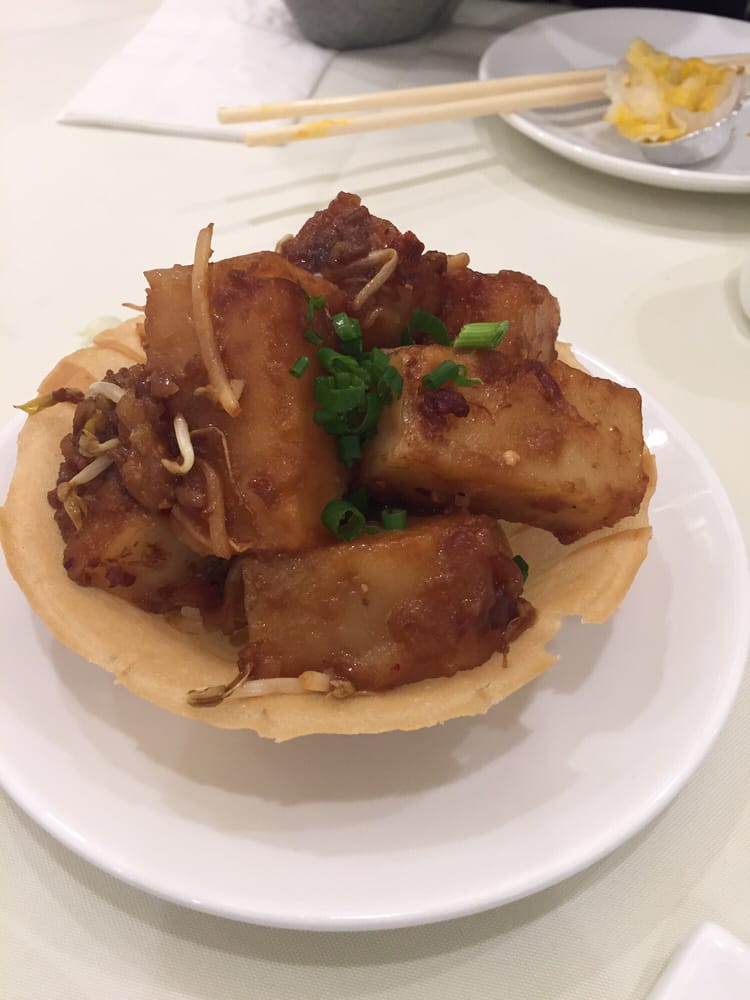 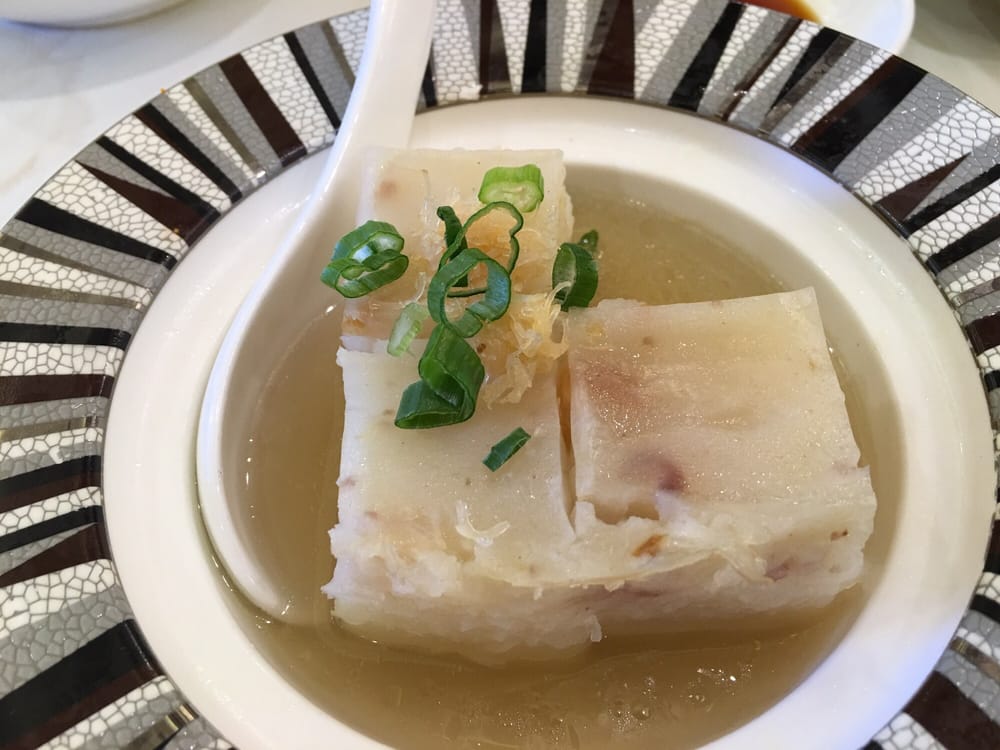 What are the price ranges for the dim sum and dinner items?

Good question. Order sheets are in Chinese only so I couldn’t tell you. (Was only able to order because of a separate picture guide.) Paid $22 for 5 items, but I’m wondering if there was some kind of grand opening special.

Full credit to Kristie Hang for confirming that connection for me. I wondered about it. So, basically a dim sum place for Temple City folk who don’t want to make the long drive down Rosemead to Sea Harbor?

Thanks for the info.

That is the exact same menu (and prices) as Happy Harbor.

i’ll take your word for it. (minus the name and address change, of course)

Four months later, came back later for dinner and Grand Harbor is clearly up to the standards of siblings J Zhou and Happy Harbor. Quality is high and everything is good. We had the chicken corn soup, deep fried tofu cubes, Korean style filet mignon, black bean fish, steamed eggplant, and honey garlic pork. The latter was just a fancy name for char siu, but it was done very well. While menu prices are on the higher end, they also have $8.99 dinner specials, so it doesn’t have to be a budget breaker. Best of all they had the same ironic pineapple buns for dessert like Happy Harbor (ironic since pineapple buns typically have no pineapple, but are called such because the exterior looks like the surface of a pineapple, but theirs actually has pineapple inside.) Add like all of the other higher end Cantonese restaurants in the SGV, on a Saturday night there was no waiting at any time during the evening.

Thanks for the report. @chandavkl

How is the weekend crowds?

Better than Sea Harbour or Elite. I’d say three-quarters full the entire time we were there last night. However I suspect it’s because they’re the new kid in town and there’s the looky loo factor.

I had an excellent dinner there last Sunday. Reserved one of the private rooms for a two table birthday party - no minimum was asked for on the tables. Prices are the same as Sea Harbor/Elite.

Thanks for the update @chandavkl, sounds like they’ve resolved the opening day blues

As of right now it is my favorite place for higher end chinese food/ dim sum. Their take on the, off menu stir fried salted egg lobster is the best I have had, although you will probably have cholesterol problems after eating this. I also find their roasted pig to be superior to Elite. Granted it may not be as busy as Elite and Sea Harbor, but holy shit the parking is bad, I have been going to this plaza my whole life for random various reasons and parking is now worst than ever due to this opening and JJ’s opening.

Just imagine if 85C Bakery was also there.

Could’ve been parkageddon, until of course Starbucks kaiboshed the whole idea.

we decided to forego the usual items and try the higher end selections such as:

abalone dumplings, which featured a baby abalone on top of a some sort of indiscriiminate paste/filling wrapped in seaweed and then steamed. they were more of a success visually than from a culinary standpoint.

the famous chicken knees, already golden, brown and deliciously crispy on the outside, the more elastic crunch of the cartilage made for an interesting contrast.

we made sure the order wasn’t $500 dollars before choosing one of the pork belly dishes being walked around by the staff
it was ok.

the buns with abalone sauce, were well executed from a technical standpoint, but it’s possible to be too subtle, and IMO these buns fit that category.

there was no graceful way to eat these pigs feet with black seaweed, the presence of the.seaweed was largely visual vs texture and/or flavor.

the shark fin scallop dumplings with fish eggs were a disappointment. the sea harbor rendition is superior by leaps and bounds.