Hi guys I posted on the latin america board but it doesn’t seem like there’s much traffic on that board.

I have the higher end stuff covered. Thanks!

What part of Mexico City will you be staying in? How far will you travel to eat street food?

We will be staying in polanco. Pretty much willing to travel anywhere within the city. As long as it’s not too sketch aka tepito

Following this thread…going to CDMX in 2 weeks with a group of 5 friends for the Raiders/Patriots game.

Went over new years this past year…had a really great meal at Quintonil, awesome seafood at La Docena, and insane breakfast at Lalo…Panaderia Rosetta for pastries/bread/breakfast.

Currently have a res for Contramar the day I get in (they were closed last time I was there). Want to hit Maximo Bistrot as well.

On my last trip (August of this year), my fave meals were breakfast at Fonda Margarita, breakfast at El Cardenal (on a weekday! Significantly less wait), and lunch at Nico’s. My only regret is not going back to El Hidalguense for barbacoa breakfast. And the funny thing about writing this is that I am not a breakfast guy at all. However, breakfast in CDMX makes sense to me for some reason.

Also have to say that I am very much looking forward to the Martha Ortiz dinner at Trois Mec on 12/9. I had such a great meal at Dulce Patria. As silly as it was, it was super delicious.

We took a night taco and mezcal tour from Paco - it was super fun.
He used to be with Eat Mexico (or something like that) but now on is on his own.
Here’s his facebook contact if interested
https://www.facebook.com/conde.petatl?pnref=friends.search

He does not look like that, hahaha
We loved Contramer, and being there, it is a wonderful city. Many Americans are so frightened of DF #sad

@CiaoBob How much was his taco tour? Saw some on trip advisor a while ago and looked like a rip off.

and yes, DF is the best…i’m obsessed with it. Want to buy a condo there if I ever make it and weekend there

Don’t recall.
felt it was worth it - went to neighborhoods I would not have visited without Paco.

Did you just call to make a reservation at contramar?

I think that’s their preferred, but I think you can call also.

Ok great thanks for the info. I couldn’t really find any info on their website.

Edit: My internet sleuthing skills are weak, I should have just clicked the contact tab. I was looking for a reservations tab lol

Do you remember any specific neighborhoods you visited? Thanks!

No.
It was a tacos AND MEZCAL crawl

Limited retention.
Send an email to Paco for further 411.

Glad you had fun. Ive reached out to them over facebook.

@CiaoBob what were you favorite spots in DF? Feel like we have similar tastes.

You must travel, but one would find be remiss in their streetfood duties if they didn’t make a trip to El Centro to visit Los Cocuyos. Practically every taco is worth ordering, but the lengua, in particular, will render the specialty nearly inedible anywhere else. If you arrive early enough, the mollejas are also not to be missed.

If you would like to venture into a part of the city that is the polar opposite of Polanco, to a hole-in-the-wall that serves loaded chilaquiles for $2.50, there is a small place in Coyocan that fits the bill: 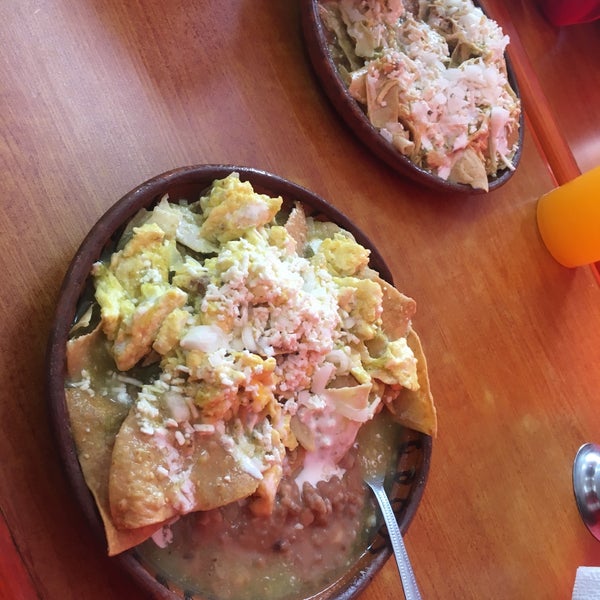 If you go, check out Churrería La Parroquia, a less-traveled-to churro destination than the famous El Moro, but you know what they say about those less traveled roads.

The elaborate experience of El Cardenal this is not; though if you lean that way, might I recommend the eminently homey, yet less-visited Fonda Mayora run by Gerardo Vásquez Lugo, the chef behind the acclaimed Nicos.

In Polanco itself, it must be noted, a rather uncharacteristic space serving nothing but cochinita pibil in a variety of forms is well worth stopping in at if you desire a quick snack: El Turix.

Consider trying a burrito, of all things, in Juarez, make sure you have them fry the cheese on the outside at Burritos todo mecate:

You might also find Caldos Ánimo intriguing , though it will be another trip, the fusion of birria and ramen is perhaps worth the shlep.

Would the grasshopper quesadillas at Bosforo count as street food? Or perhaps the stewed rabbit at the unnamed restaurant next door run by the same people?

This is exactly what I was looking for @FoodDreams! Thank you for all the precious knowledge!

After looking at some pictures I’ve been to cocuyos on my last trip to DF, I’ll definitely have to go back!

We were not there for much time and it was about 5 years ago. I dont feel like we went off the beaten track much, so most of the things we did and restaurants we went to are probably on any old “Top 10” list. If I had more time it would have been great to dive deeper
I recall loving:
– The marcodo downtown (San Juan maybe) and all the vendors around it. Keep an eye out for the ladies making blue corn tlacoyo’s on the streets near market.

It isn’t street food, of course, but the folks behind both of these places also recently the wine bar Amaya. They practically work as an outlet for drinking Bichi wines, among other incredible Mexican wine selections. If you know Bichi, you know how splendid this fact is. The creative small plates also split the difference between Contramar and Mero Toro; though the wondrous habanero salsa from Mero Toro is on display there. I daresay it is one of my favourite wine bars anywhere in the world.

(Side note: this is the same group who opened Cala in San Francisco, though I am sure everyone is already aware of that).