"This is L.A," Roy Choi said. "Let's get past racial segregation. Let's get together."

Can anyone find a menu?

My buddy sent me this one.

I still don’t know if I’ll like his food any better, but, I agree, this is a very promising opening for other, very important, reasons…

TBH none of the food looks enticing to me but mad respect for what those guys are trying to do in those communities.

i wonder how those communities respond to the writing style of the menu. yeesh.

Some of the food I’ve read about sounds a lot more appetizing than standard American fast food. 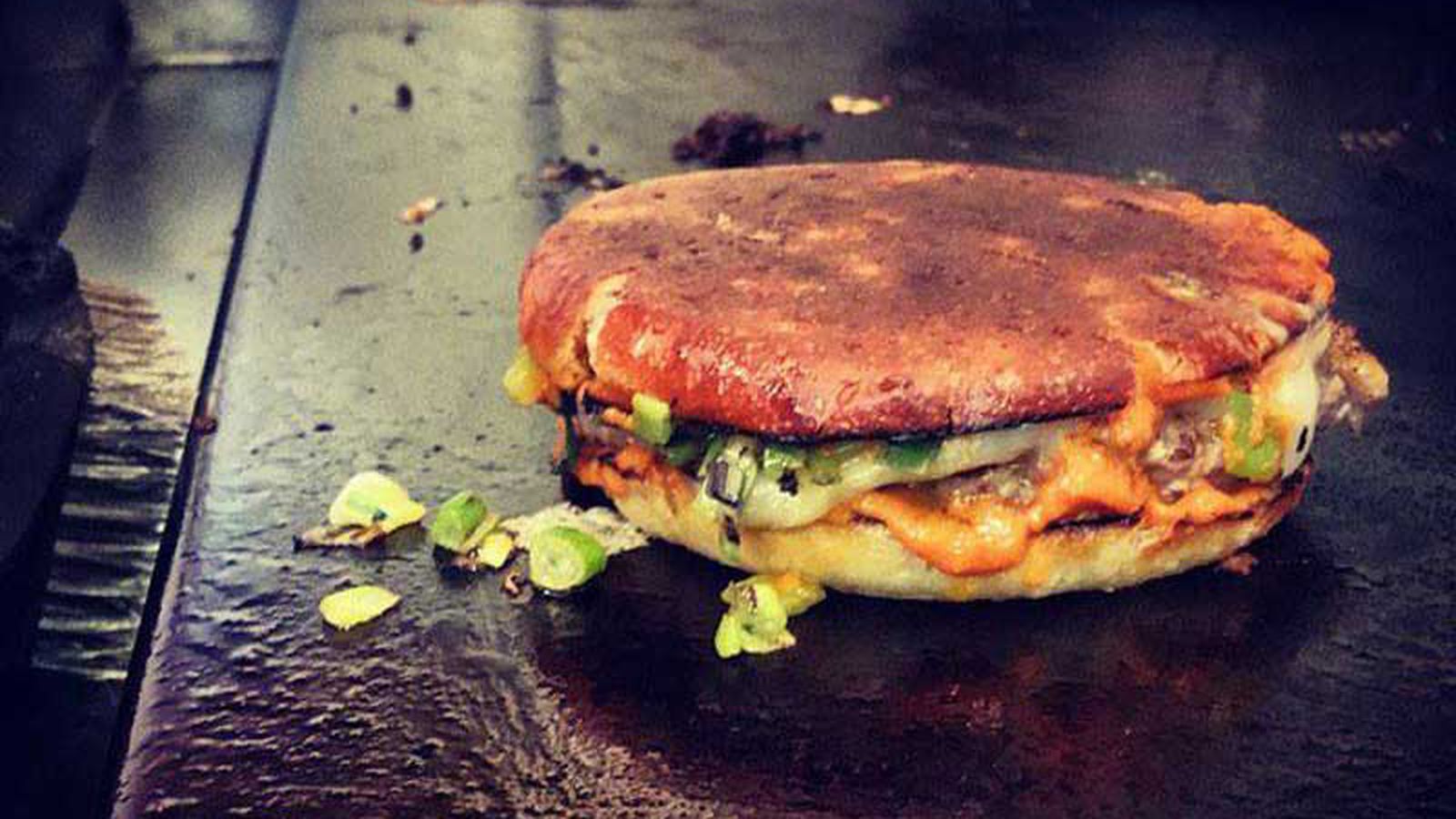 There will be desserts and tofu bowls too.

The Oakland location is in Uptown, which is pretty much the opposite kind of neighborhood as the Watts one. It’s the hot area for new restaurants and bars, and one-bedroom apartments are going for $2000 and up.

$2k/month? In Oakland? Wow times sure are a changing.

times sure are a changing

It’s the tech boom in SF and Silicon Valley. Everybody else is getting priced out. I’ve known several non-techies who lost their rent-controlled apartments and ended up moving out of the area.

Here is a not so great article from Food & Wine. Gets my vote for the Worst Piece of Food Journalism in 2016 (so far):

Locol is the Best New Restaurant of 2016

Food & Wine goes way beyond mere eating and drinking. We're on a mission to find the most exciting places, new experiences, emerging trends and sensations.

YIkes. On so many levels, that press-release-masquerading-as-journalism bordered on offensive…

Will be waiting to read a review from someone who’s, uh, actually tasted the food.

yeah, but is it worse than reading the menu?

Eater LA did a piece yesterday reviewing the menu and their opinions on how it tasted.

LOL - touché!. My semi-paranoiac thinking is wondering if Choi and Patterson are sitting in the back, laughing at all these people fussing over “foldies” and “yotchays” and “nugs.”

Thanks for the link. Not having a strong urge to rush out there to try it, although it sounds like a completely respectable option (esp for the price!). On second thought, though… I might be in the area next Mon. Will have to see if I can make a quick pit stop (if the line isn’t hours long!).

@linus: you have a point, but I would expect nothing less (or more?) from Roy Choi in that regard, so at least there isn’t the element of surprise…

I wouldn’t call what Food & Wine does journalism.

Choi goofs around a lot on his menus. Who cares if the food is good?

If the lines stay long, they’ve completely failed in what they set out to do.

I arrived at LocoL around 10:15 this morning, and there was already someone waiting for them to open at 11:00. I didn’t mean to arrive this early, but traffic was really light in Downtown LA. I watched a few staff members sweep and remove a rather large carburetor from an adjacent block. At 10:55, I joined the queue and was the second person in line, but the line grew exponentially thereafter. A very friendly man supervised the line and let us in promptly at 11:00.

Once inside, we formed two lines - one for cash and another for one for iPad transactions. The menu was pared down; breakfast wasn’t available as well as some of the bowls. I ordered a veggie burger, veggie nuggets, and iced coffee for lunch. I had my heart set on the bulgar salad with Green Goddess dressing for dinner, but it wasn’t available, so I ordered the tofu and veggie stew and collard greens instead.

I waited about 10 minutes for my meal. In the meantime, the queue to enter the restaurant was around the block. At this point, they were allowing people in 10 at a time.

After Roy handed me my meal, a very nice gentleman at the condiment station helped me pack my food to go. When I left, three LocoL ambassadors thanked me - not in an obsequious manner.

I had my lunch about an hour later, and I was surprised at how well my meal held up. The veggie burger and veggie nuggets were still crisp and slightly warm. The veggie burger had great texture, and I loved the green onion condiment. It was a bit greasy and salty, but still delicious. The wonderful green sauce that accompanied the veggie nuggets was mustardy and perhaps had tarragon in it. My iced coffee was overwhelmingly sweet at first, but that was because I didn’t realize I had to stir it.

I really didn’t expect too much from the veggie and tofu stew and the collard greens - mostly because it’s too similar to what I normally cook for myself Monday through Friday. The stew was much subtler than the burger, but it was nicely balanced with a light tomato broth, rice, tofu, broccoli, cabbage, and cauliflower. The surprise winner for me was the collard greens, which were vinegary and smoky. I would eat the collards every day if I could.

The Food & Wine magazine piece did a real disservice to LocoL because it made it seem like Roy Choi was courting the press too hard. What I observed was completely the opposite. He was serving all the orders; I’m guessing he was checking for quality control. He was constantly giving the staff feedback - i.e. have all the prep done before the restaurant opens, make sure there’s ink in the printers, get a better sear on the hamburger buns, etc. Frankly, he was a bit terse on the customer service front, but I think it’s really because he wanted to minimize interaction with the customers and focus on running the restaurant efficiently and to the best of its abilities. He obliged customers when they wanted to take selfies with him. Daniel Patterson seemed to be working quietly on the line.

What I got most from the restaurant was pride in the community. The woman in front of me was dressed to the nines with a hat and monogrammed fuchsia coat and was ebullient about LocoL. Also, every single employee that I interacted with was genuinely friendly and welcoming. Is LocoL perfect? Of course not, there’s a few kinks to work out (hence they’re going to be closed for a few days), but I was truly astonished by how efficiently they operated during their first week, given their popularity. It’s fast food, but it’s tasty and a healthier option than McDonald’s. Most of all, the place has heart and is a welcome addition to Watts. I will definitely go back when I’m craving fast food. In the meantime, I need to figure out how to make those collard greens, and I mean STAT.