Have anyone been to Wolf on Melrose yet?

Not finding any discussion. Going to check them out and curious what opinions this crew may have. $35 Corkage lawl.

Food likes nice on pics. Report back later. Really exploring Melrose lately, this has to be better than Mare. Smoke.oil.salt closed, Napoleon and Josephine and L’Assiette are kind of meh.

Went there as part of the Woman In The Hat’s birthday dining in October. Pretty good. Far more “foams” and “airs” than I prefer, but whatareyuhgonnado? Room noisy as hell, though, as in Bottega Louie loud.

Did you ever make it to Bestia? Start there if you haven’t.

Crisp potatoes are really great, Beef cheek and Tom Kah (kind of surf n turf) with pork belly and prawn are my favorite entrees although the Lamb is pretty good too. Beets are a good version of that dish.

Save room for dessert they do a good job with that

Had a good meal sitting at the bar one night.
One side dish totally floored me
Crispy Potatoes
chive aioli, rosemary, horseradish
Don’t miss it.

This stretch of Melrose is just really rough. Spartina and Wolf are both in the same range for me: fine for the neighborhood. Probably won’t go out of my way for them. Idk I went early on for both so I do need to go back.

Awesome, if Wolf is the same as Spartina quality-wise, I will continue to refrain from going.

Wolf was really a shockingly good experience for us. No way Spartina is going to come close, I can already tell.

We arrived with good company, on a rare double date night, having just drank a bottle of Veuve and a Burgundy at their airbnb a block away. So I guess we were in good spirits already. But girl and I are pretty selective with food and have a lot of experience and would quickly be able to sniff out inferiority.

They really surprised me with their lamb chops dish, their beef cheek dish was stellar as well, risotto was average for me, beets were great with a nice vinaigrette, beautiful burned carrots. Chicken liver app is going to be ordered every time though, so nice, almost mousse like but not quiet so it’s not too whipped a texture. Little star anise sale on the plate just perfuming everything. comes with Toast and i asked them to upgrade to Lodge toast since we haven’t tried that yet. really good. dessert was meh as was the splatter plate of veg my veg friend ate. pretty though.

I agree the 1 thing that was truly mind-blowing were the potatoes, and I know a lot about potatoes. That was insane contrast of buttery to thick crispiness. Glad those were on the table because whatever the dallops and swirls were on my lamb plate were not to me living up to an appropriate protein side. Lamb was great! Thick, super fatty juicy, perfect med rare, no complaint at all.

now with the few boozy pics i did get

[Album] Imgur: The magic of the Internet 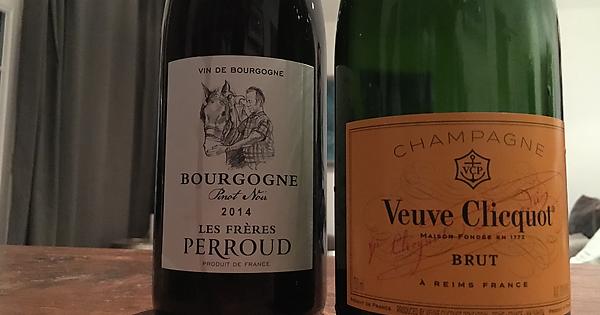 Hm cool. I’ll go back and check it out!

Make sure to drink more

Room noisy as hell, though, as in Bottega Louie loud.

Idk I went early on for both so I do need to go back.

We sat by the entrance and it was perfect sound atmosphere for us. Middle volume.

Yeah but how was Sotto? We need an update on this board of that place?

Good report @Nemroz. I haven’t heard or read anything bad about the food and have wanted to go to Wolf. The only thing that was off putting (only a little) was the chef’s website bio, listing all the tv shows and competitions he’s participated in. A little heavy handed. And not many on FTC mention Wolf. But this is good. I did hear it’s good for a group. We will check it out. Definitely want to support a young chef who’s doing some good food.

Marcel and Wolf were featured on Bong Appétit on Vice yesterday. Many cringe worthy puns but the food looked great.

He prepared beef cheeks that seemed like a riff on what he serves at Wolf and a tumeric habanero ice cream that I thought he said was from the menu.