Made a trip up to the new location of ink.well, ink’s newer iteration up on La Cienega. The last time I was in the space, it was the Spanish Kitchen and I can’t say I was too thrilled about the experience back then. However, the space inside is a big improvement to that of the old space on Melrose. Both times walking into ink felt to me like walking into a bunker. This space is a lot airier and lighter in tone.

Aside from the broccoli (topping felt like saw mill remnants in my mouth), everything was really tasty and satisfying. I dare say I had a better meal at ink.well than I did during my two visits to ink. Service was kind of wonky – alternatively overbearing and scatterbrained at times. That crab in the nori rigatoni was a real winner and the apple dessert was much improved since the first time I tried it. I think I would be more prone to return to ink.well again sooner than I might have if ink stayed in its old location.

That’s a lot of white and brown food.

LOL - you have a point. It’s not the most vibrant food. And it sort of matches the neutral tone of the dining room.

This basically looks like the Ink menu with some new additions. Many of the “greatest hits” still there.

Ink menu with some new additions

So Ink is not a steakhouse anymore? Can’t keep up.

Gem lettuce - good, somehow the semi-solid layer of cold dressing worked. Crunchy bits of corn were great.
Potatoes - still the best thing on the menu. 100% must-get
Brussels sprouts - the last dish to arrive, for some reason. Not cut in half like the usual preps. Well done, though.
Semolina gnocchetti - really interesting contrast between the dry tomato sauce powder sprinkled on top and the nasturtium pesto. Liked the flavor profile, pasta was cooked correctly.
Dill pickled shrimp - really good, though prep was different than what @djquinnc pictured. The crackers came on their own plate and were dusted with cayenne - it was too one-note if you ate the crackers by themselves but worked pretty well with the shrimps and leeks.
Beef tartare - did not taste like bahn mi even a little bit, that I could tell. Came covered by a large slab of “sweet potato strings” which were flavorless. The tartare itself tasted like raw beef with mayo, maybe some mild herb undertones. Possibly the worst beef tartare prep I’ve ever had. Bizarre misstep.

Apple - good, as usual. To be honest they should probably just sell the slab of caramel at the bottom as its own dessert - it’s pretty much the best part of this and stands well enough alone.

The pasta and shrimp were great QPR, by the way. Surprisingly large portion sizes given the price. I think they increased the size of the shrimp dish, though it’s hard to tell. Service was - as already mentioned - a bizarre mixture of overbearing and scatterbrained. Really couldn’t come up with a better description. The space is strange but interesting - the center area is very lounge-like, and the side are (where we were seated) is like a cross between a lodge and medical institution. They have live fireplaces which may be too warm for those seated next to them.

I’m happier with my meal here than I was with my last couple at Ink, but I’m still not sure I’d come back. For all that everything was good except the tartare, very little of it is memorable in any real sense except the potatoes. Unfortunately potatoes alone are not enough to carry a restaurant. There needs to be more of an effort to craft something that sticks in the mind for a while. I guess, if you avoid drinks and the larger plates on the menu, this might be a good value for the food quality - you could get out for less than $50/head inc. tax + tip.

It was never a steak house

Eater disagrees. I only went once, back during their original form, and had no itchings to go back. 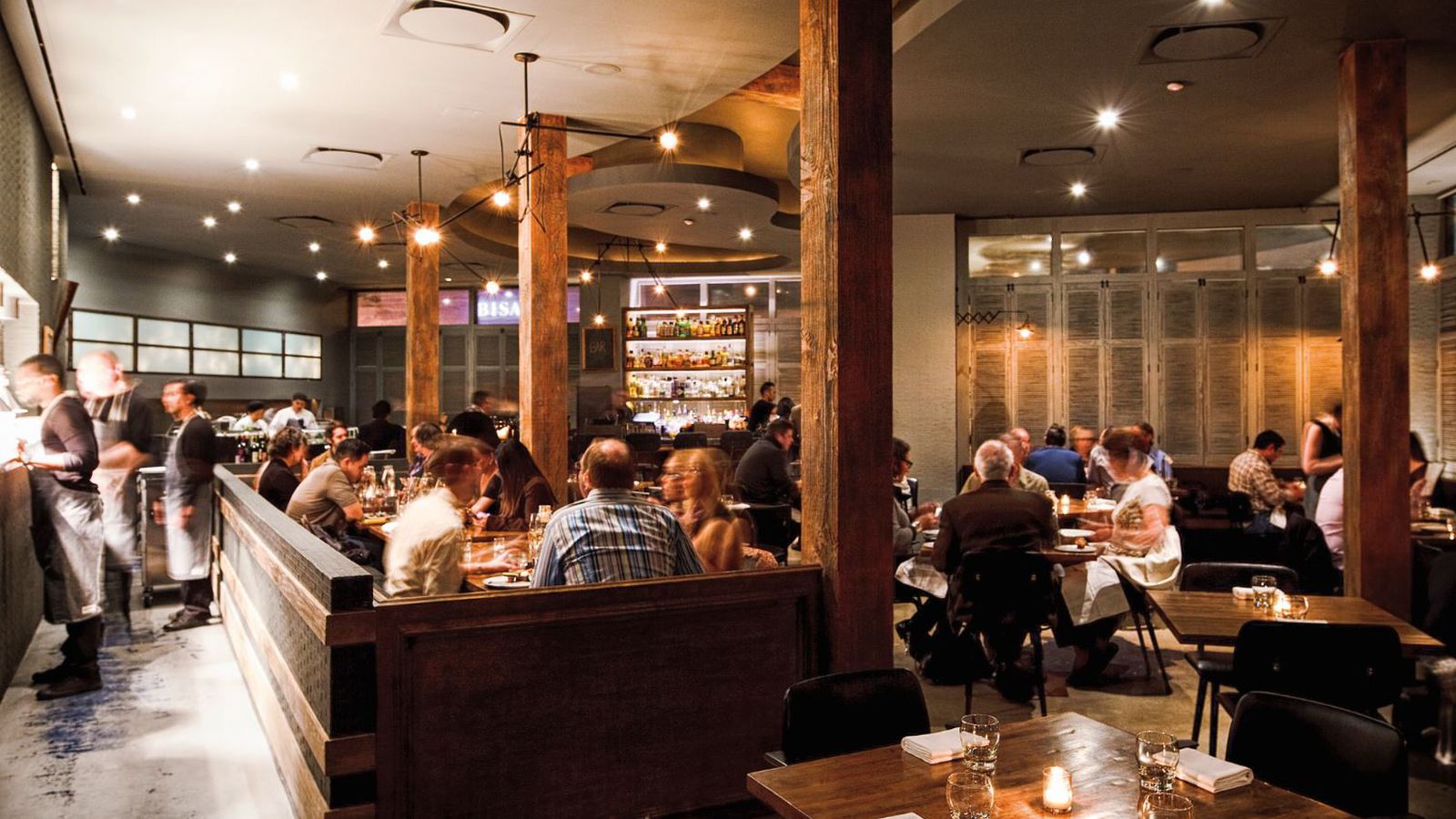 Weird. Used to live across the street for a decade and went a few times. Always had a lovely time and never had a steak lol

i believe they converted it into more of a Steakhouse in the past year?
He talks about it in this interview with Besha.

Michael Voltaggio Gets Honest About ink.: “I Don’t Think We Deserved the Hype”

Michael Voltaggio decided ink. could use a little steakhouse in its DNA. The result was a menu overhaul for ink., turning it into a modern steakhouse of sorts, while retaining much of what made the restaurant such a hit in the first place.

It was never a steak house

i believe they converted it into more of a Steakhouse in the past year?

Gonna try the pork tonight. Also, will repeat the lamb,

Actually, did not do the pork. Did do the burger which was very good.

Wow, that seemed really fast. Thanks for the info.

Thinking on my visits to Ink back in the day, it was enjoyable, but we never found ourselves in a hurry to go back.

You know a restaurant is on death watch when it switches to steaks, or a steak-centric menu