I was hoping for an oden specialist like in the “Anniversary Oden” episode of Samurai Gourmet.

Seems entirely plausible to me that there might not be a market to support such a place, but on the other hand, there are some very specialized Japanese restaurants in LA.

The name intrigued me, so I googled. I think I am going to love that show, too.

Also, I wish we had a Midnight Diner in L.A.

Midnight Diner is on Netflix. Really enjoyed this series.

There’s a second season of Midnight Diner, I don’t know if Netflix is going to pick it up. It’s based on the manga series “Shinya Shokudō,” some of which is available online in English translation:

If you like Samaurai Gourmet, check out the original of that genre, Kodoku no Gourume. The only places I found to stream it were kind of a challenge. It’s also based on a manga series, “Kodoku no Gourmet.”

There are actually a total of four seasons of Shinya Shokudo (Midnight Diner), with the fourth season being exclusive to Netflix (which made it internationally, or at least available and accessible from the USA) and is titled “Tokyo Stories” or something like that. There are also two full length Shinya Shokudo big screen movies available, movie #2 was aired on the big screen in Japan last November and the Bluray came out (Asia/Japan) last May.

More Gourmet J Drama trivia: The writer and creator of Samurai Gourmet is Masayuki Kusumi, who is the manga artist for Kodoku No Gurume 孤独のグルメ (The Lonely Gourmet). This has also been ported over to a well established (and fun to watch) TV series with 6 available seasons. The lead character of the TV series is played by veteran actor Yutaka Matsuhige, who coincidentally also plays the role of “Ryu-chan”, the sunglasses wearing Yakuza character in Shinya Shokudo. Kusumi is also the leader of his band called The Screentones, who provide the entire soundtrack to the TV series of Kodoku No Gurume.

Do you know any good sites to screen the non-Netflix seasons of Shinya Shokudo in the US?

Dailymotion has kind of a random assortment, apparently not including S1E1.

Just watched the first episode on Netflix. Thanks for the tip. Wow, never knew about Midnight Diners in Japan. I did search “shinya” and Tokyo Stories came up.

Have to try watching it again, I saw a couple of episodes and preferred the Korean version 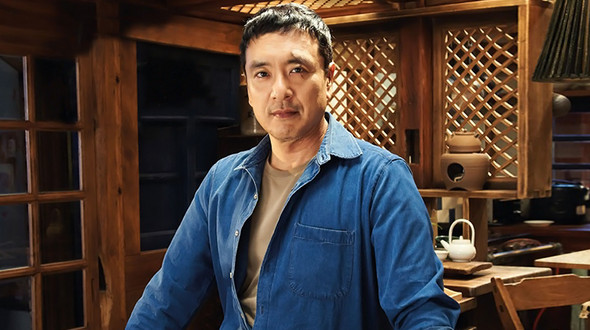 There is a restaurant that only opens from midnight until 7 a.m. everyday and has no set menu. Instead, the mysterious Master (Kim Seung Woo), who is the proprietor and chef, asks his diners what they want and whips up meals made especially for them....

Reviews are pretty harsh for the English subtitles on some of the DVDs.

I love this show so much. The only way it could be better is if there were dragons.

Thank you for the recommendation.

@ipsedixit. Can we split Japanes food shows to a new thread? Or is it too complicated with the intermittent posts?

I love this show so much. The only way it could be better is if there were dragons.

Thank you for the recommendation.

@ipsedixit. Can we split Japanes food shows to a new thread? Or is it too complicated with the intermittent posts? Food Wars!: Shokugeki no Soma (Japanese: 食戟のソーマ, Hepburn: Shokugeki no Sōma, lit. "Sōma of the Shokugeki") is a Japanese shōnen manga series written by Yūto Tsukuda and illustrated by Shun Saeki. Yuki Morisaki also works as a collaborator, providing the recipes for the series. Individual chapters have been serialized in Weekly Shōnen Jump since November 26, 2012, with tankōbon volumes being released by Shueisha. As of September 2017, 26 volumes have been released in Japan. The series is licensed ...

My favorite show was おにぎりあたためますか (Would you like your rice ball(s) warmed up?) translated as Hungry Hoppers. It was on in LA for years with English Subtitles. Produced by HTB since 2003, it’s seen in most regions in Japan and apparently on Netflix there. The main part of the show was an A list actor, an A- list actor and a woman who was in charge as “director” going all over Japan eating all types of things and saying 美味し (OISHI!) a lot. The third half of the show was devoted to their sponsor, Lawsons. They hired 2 comedians to hitchhike all over Hokkaido to put a promo poster in each towns Lawsons. it was hilarious.

Unfortunately UTB Hollywood on Channel 18-2 lost their channel and dropped this, among many other things, in order to condense their schedule to 2 hours a week on 18-1. Also, the subtitled versions produced no longer exist.

The other bad news is Asami Sato the “director” was recently replaced by someone much younger and I’m not sure the camaraderie between the three main characters would remain any more because Asami, Yo Oizumi and Shigeyuki Sato were all more or less the same age.

Was watching last night and wondering why there were two listings. This explains it! Happy for 3 new-to-me seasons