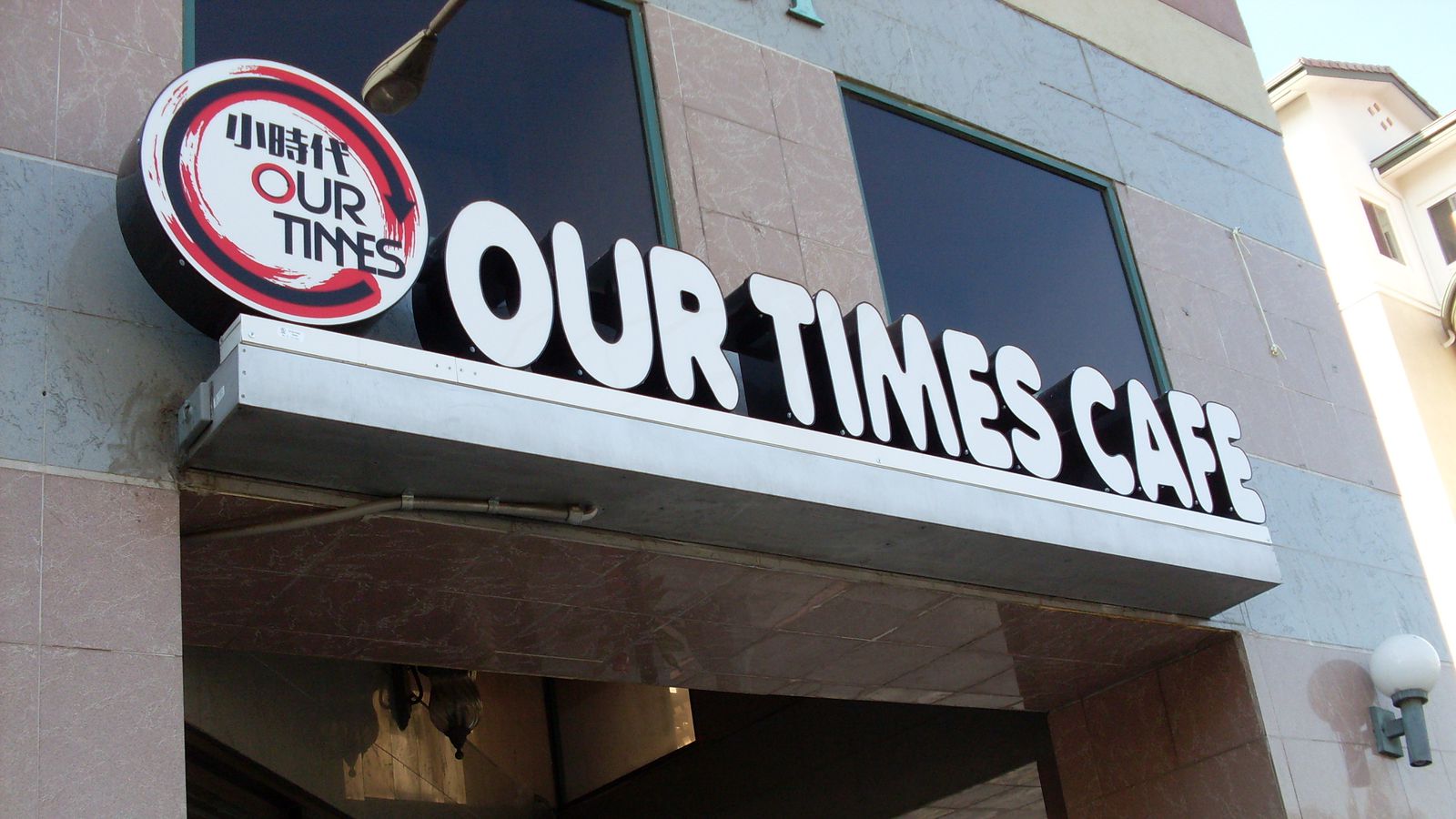 A monster update from LA’s most dynamic restaurant enclave

Pasadena updates:
Big Daddy’s Woodfire Grill, on Foothill at Craig (next to the In-n-Out), is now Los Tacos. No idea if open.

Buzzios Frozen Yogurt, in the Vons shopping center at Colorado at Sierra Madre, is being replaced by a poke place.

The restaurant at the seemingly cursed northwest corner of Colorado at San Gabriel, which at one time was a bank and has, in the last 10 or so years been several different restaurant/club concepts (most recently a wings/ pizza/sports bar thing) now has signage for Juicy Wingz (drove by fast but think that’s what I saw).

A building is going up on the northeast corner of Foothill at San Gabriel: from the design we’re guessing it’ll be a Starbucks.

All of this may have been posted elsewhere on the site; I didn’t check. Also, too tired to find links and stuff.

Is this the OG Chiu chow noodle spot, or is that a different Kim kee/ky?

Ky is too popular to shut down!!

I think I am going to stop by for that egg and rice cake and some noodles.

Yeah. Alhambra opened up about a year ago. Don’t know if it’s related to the San Gabriel original.

ate there last month. i suppose i should have mentioned the name change.
really good pork kidney.

part of the appeal is that you can mix noodle types (though i discovered later that they charged $.50 extra to do so) which provides a more diverse texture spectrum.

Also Hugo Foods makes the jump from night markets to the Pacific Plaza food court in Rowland Heights. Replaces Little Yunnan, whose life I’m not sure was measured in days or weeks.

Sad to hear of Lucky Noodle King closing. It was inevitable given the surge in high quality Sichuan options–indeed, it has been largely empty for years now. But it still had my favorite dan dan noodles–I preferred them over those at Chengdu Taste and Best Noodle. Picture taken from Gastronomy blog-- I will miss these.

Their Dan Dan noodles were my taste buds’ idol. We used to go pretty regularly, but the last two times we went (maybe three years ago?), it wasn’t the same. The actual noodles were overdone, and the general seasoning was different enough that we just didn’t desire it anymore.

Yes, we laughed at that, too.

No idea what it cost to put in that underground parking garage: has to have been pricey.

I’ve no idea what would work in that space; that part of town is tough. The Fu Shing building is still empty, as is the former Acapulco. And the coffee place attached to the language school seems to regularly shutter / open anew.

Just a name change, people running it are the same

When I asked why, they said it’s because people getting to go got them confused with the other locations (el monte kim kee, mpk noodle cafe… mackys in monrovia… sort of) … But when she picked up the phone… She still answered with the old Chinese name…

actually, i’m hoping to be able to lease a former restaurant (serving area & food prep ready) to convert into a community center in that area once i get the funding. the idea is to be outside incorporated pasadena (thus minimizing the push back from city hall about opening a place to serve the underprivileged) while still being on a main thoroughfare close to public transportation. that particular location is still within pasadena and frankly, not large enough. probably something closer to rosemead blvd.

IIRC a number of the places in that mall have undergone name changes recently.

Do they have volcano balls at their brick-and-mortar place? That’s the only thing that was memorable during their stays at 626 Night Market.

I was never really a big fan of those dan dan noodles. I think Chengdu Taste’s is better.

I’m biased toward Noodles 101 version, but that’s me.

Don’t recall seeing them on the menu though only have a posted menu on the wall. Most notable item was the sausage with fish roe which has an interesting crunch to it.

Everything You Should Be Eating During The San Gabriel Valley Asian Restaurant...

Thirty restaurants are included in the line-up.