The City of Angels might just be the best place in America to enjoy a scoop.

Makes me wonder whether this guy has ever even been to L.A. I think he may have missed some.

Five of those listed have been in or around LA from “for a while” (Coolhaus) to “forever” (Fosselman’s"s) when it comes to LA life span talk.

As you mention, this article misses a fair amount. The ones that started and also created that “moment”-um in SoCal. Mikawaya, Milk, Bulgarini, Carmela, Scoops, Saffron and Rose, Jeni’s, Sweet Rose, Magpies…

And if froyo and snow ice are fair game, this article needs a lot more body on top of what it’s omitted already.

Good additions. I still remember having the brown bread from Scoops when I first moved here.

I’d also add Van Leeuwen. They don’t get mentioned a bunch, but I think they offer some of the best and most interesting flavors around. Bonus points for their location in CC being next to Sweetgreens. Devil/Angel bang bang.

As many times as I’ve seen the Van Leeuwen truck parked on Abbot Kinney, I’ve never tried them. They’re often parked within a block of Intelligentsia. I’ll have to stop next time around…

I like Van Leeuwen’s vegan ice-cream a lot, it’s very creamy and not overly sweet. Though all the vegan flavors have a slight coconut note, which doesn’t bother me, but it sometimes does other people.

The vegan honeycomb they have right now is choiceeee

Haven’t even looked at the article but it sounds absurd on the face of it.

SF beats the crap out of LA for ice cream.

SF beats the crap out of LA for ice cream.

Which ones? I would take Salt n Straw over Humphrey Slocombe and Bi-Rite any day of the week. Nothing in the US touches Bulgarini for my money, although technically not ice cream.

The seasonal soft serve flavors at Sweet Rose are generally excellent. I’ve had some interesting combos but whatever they are serving is pretty great.

I haven’t been to Wanderlust but a lot of people seem to like that joint.

You ever had Salt n Straw in Portland?

Nope but I’m sure it is great. What are the issues with the shitty sourcing in LA?

What ice cream places in SF are better than what we have in LA? Just curious so I can add to places on my list since I’m up there 2-3x per year. Have tried Bi-Rite and Humphrey Slocombe several times each and was not impressed.

I was going to say the same about Bi-Rite and Humphrey Slocombe. While very good, it didn’t make me feel that they were any better than what’s here - Carmela, Sweet Rose et al.

Perhaps just my preferences then.

Most ice cream is unusually hard, and bizarrely flavored in a poor way to me in LA.

Salt and Straw in Portland sources their milk from Lochmead…the fact that their milk just won 1st place at the world dairy expo for use in ice cream should tell you pretty much everything you need to know. 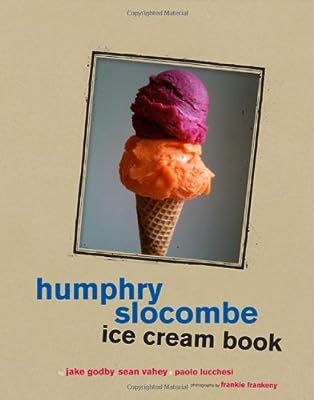 With more than 310,000 Twitter followers, a heaping helping of controversy, and a rich supply of attitude and humor, Humphry Slocombe is not your average ice cream shop. Yet the ice cream is what matt ...

If you hate these places, you are one lucky mofo.

Ice cream tends to be strangely hard and icy in LA (Sweet Rose is absolutely the worst offender of this, I can’t believe anyone enjoys their ice cream at all). Flavors either uninspired or copycats from better cities to my taste buds.

On the plus side, we have a Strickland’s in Irvine randomly, that makes some incredible milkshakes…speaking of which…I’m gonna go get one for $2.66 since it’s Monday and dream about Slocombe and Lochmead made Salt n Straw.

Yup different preferences. My chief complaint about Bi-Rite is that the ice cream is kept at the wrong temperature. My whole family had their ice cream start to melt and turn into liquid within 1-2 minutes of scooping on a cool ~50 degree fall day. Happened to us 2 days in a row and I won’t go back there.

Sweet Rose soft serve is a gem. Haven’t had their ice cream in years since discovering the soft serve. You should give it a try, it really is fantastic. Strickland’s on the other hand is barely ice cream. Feel free to look up what is in their “ice cream”. I’ll never eat there again. There was a very old CH discussion about Strickland’s ingredients. Bad.

You exaggerate. Hate is a very over-the-top word in this context, especially when (at least) I never came close to even implying hate.

Salt and Straw in Portland sources their milk from Lochmead

I’d imagine if they are making the ice cream in LA they source from somewhere closer. It might not be the #1 dairy at the milk expo but I’m sure its more along the lines of Strauss than the white label Stater Bros brand. Salt and Straw uses great local products whenever they can like Sqirl, Compartes, etc…

So yeah I guess perhaps LA is paradise for those who prefer it icy/hard.

Sadly I live on the wrong side of the ice cream fence.

At least I have Strickland’s though

I do like the condiments in SF too though. The sundae with great olive oil sea salt and thick hand whipped cream at Bi-Rite for example. Mmmm

They SHOULD use Brougieres! God, the ice cream would be amazing if they did sigh

The you I was using was the general form not the specific, sorry.

At Creamistry, you can order your base with organic Strauss cream. It is damn good.