I have no affiliation with KnB, but I am rather fond of Del Maguey mezcal. These are single village - and sometimes single producer - mezcals that have been grown at various altitudes with varying climates and water. They also produce a “crema” which has a higher sugar content, Vida an organic mezcal and the infamous Pechuga that is, indeed, produced by hanging chicken breast in the still for the 3 distillation and (usually) retails just north of $200/bottle.

If you’ve wondered about mezcal, Del Maguey is a good entry point

It’s funny how things change. Just 10 years ago most people, including me, thought of mezcal as a lesser spirit relative to tequila. Now it’s receiving a great deal of attention.

I’ve not had Del Maguey mezcal, but will look into it. And thanks for posting a heads up on the tasting.

BTW, here’s a fairly recent article that appeared in the New Yorker on the subject of mezcal:

A Liquor for the Farm-to-Table Movement

Mezcal, an artisanal Mexican spirit, has captivated international audiences. But this popularity has become a problem for its producers.

Among many interesting things, the article notes that tequia, being as it is made from blue agave only, is simply a special kind of mezcal.

But no, I don’t agree that mezcal is an “artisanal” (an overused contemporary adjective, IMO) spirit, as the article headlines. It’s as old as the desert and its agaves.

that tequia, being as it is made from blue agave only, is simply a special kind of mezcal.

Technically true, but in reality no. Mezcal agaves are prepared, handled, and made very differently from Tequila.

Thanks for the link to the article, I’ll read it later today.

There are some pretty substantial differences between mescal and tequila, not the least of which is that mescal can be made from multiple types of agave whereas tequila, if it wants to be labeled as tequila, needs to be made from a specific agave in a specific location.

Probably the hugest difference between the two is how the piña (heart of the maguey) is processed. With a majority of tequilas, the piña is steamed over a fairly short period of time, i.e. several hours. Piñas for mescal are generally pit roasted over several days. Then, of course, there are differences in the distillation methodsas well. I’ve got photos of the whole process, I’ll see if I can find them and post them later today. As it is, I’m off to a round of meetings right now.

This is a germane comment from the New Yorker article:

In 1995, Cooper began exporting mezcal to the United States under the name Del Maguey, emphasizing the agave varietals in each batch and the village of origin. (The artist Ken Price painted all the labels.) Cooper invited influential bartenders to Oaxaca and took them to the villages to meet the mezcaleros who were adhering to methods passed down by their great-great-grandfathers.

I’ve met Ron Cooper a few times. He’s a trip, old hippie from the 60s. He’s definitely passionate about mescal. There was a really good You Tube video he did a few years ago (for the Tequila Wrangler or something like that). The video is around an hour in length but worth the time to watch.

I don’t know that I would call Del Maguey the gold standard by which mescal should be evaluated, but it’s pretty decent stuff and the fact that KnB is doing a tasting gives anyone interested in mescals an opportunity to try some various types and see what they like and what they don’t.

It’s as old as the desert and its agaves

It’s uncertain whether Mezcal is pre-Columbian.

“Artisanal” may be overused, but it’s an accurate term for the mezcals made with the old-fashioned stills discussed in that article.

Pulque may be pre Colombian, but Mezcal cant be as its a distilled spirit. Distallation was never invented by those civilizations.

Certainly the mezcal tradition as we know it was a result of the Spanish introducing European stills. We don’t know for sure whether they previously discovered distillation on their own. Seems unlikely to me, but: 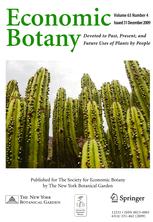 Pulque is definitely a pre-Hispanic beverage, it’s use and abuse is well documented. The myth of Mayahuel speaks to the creation of pulque. There were very specific laws regarding who could and could not drink pulque and when. In addition to it’s use for ritual purposes, because of it’s nutritional value (and, yes, it does posses a surprising level of nutrition) pregnant women were routinely allowed to imbibe, and, of course, the warrior class was allowed.

During fiestas or rituals everyone was allowed to drink and more or less drink as much as they liked. Drunkenness was not frowned upon during those events. BUT…god forbid you drank and were publicly intoxicated any other time. Retribution was swift. If you were in the non-elite class (i.e. rulers, warriors, priests and their families) you were given a warning the first time. The second time you were killed. It was worse for the elites. First time public drunkenness resulted in death!

There is no particularly compelling evidence that the pre-Hispanic cultures and civilizations had developed any form of distillation. A lot of mescal today is still distilled using the alembic (I think I spelled that right) method which, if I’m not mistaken, the Spanish learned from the Moorish occupation of Spain. A lot of mescal is double distilled and some is even triple distilled.

I’ve seen (and tasted) mescal production many times in various venues, including a family compound. About 6 months ago I had the opportunity to visit a family in Tlaxcala producing pulque. It’s an interesting but still pretty primitive process.

Exactly, ironically muslim alchemists were largely responsible for the distillation of fermented liquids such as wine into alcohol spirits.

If they weren’t successful, this abstract makes it sound like they tried hard. Those guys were no dummies, and they were no doubt motivated. Virtually every civilization learned how to ferment the local sugar source, including the making of pulque in Mexico. Concentrating the alcoholic content to produce a much stronger beverage was surely something they all at least thought about.

But no, my remark about “old as the desert” can’t of course be literally true, because that would not only include pre-Columbian times, but also pre-historic times before there were humans in Mexico. It was a figurative expression, in the manner of “old as the hills”.

The way I read that abstract, it’s more of a proof of concept that it would have been possible to distill with existing technology than that there’s any evidence of pre-Columbian stills. Seemed like they were overreaching a bit.

Yes - no disagreement from me about that. Interesting and provocative abstract, though. Thanks for the link.