Michelin inspectors eat at far more places than end up in the guide.

Undercover with a Michelin inspector.

I think Bib Gourmand and The Plate are legit in that the places are always good. Do they contain what connoisseurs might recommend as the best restaurants that serve cuisines other than French, Frenchy, and Japanese? Mostly not. 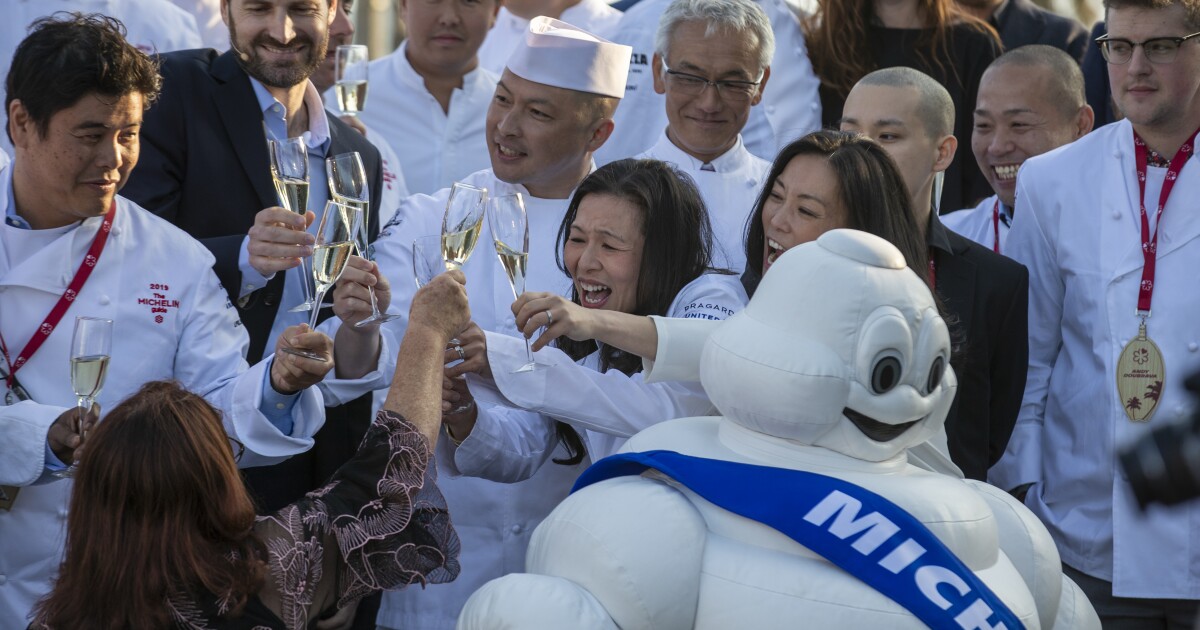 Michelin stars for 2021 are returning to California on Sept. 28

It’s not the end-all nor should it be. Fine dining? Certain foods? It’s terrific and reliable. If you’re talking about, say, dim sum, or Oaxacan, or or BBQ - you should look elsewhere. It don’t think that should be a criticism of the guide. I love fine dining, but I also love other kinds of food - which I look to other sources for guidance. But putting on a suit and giving my GF a chance to dress up and going to a restaurant where things are lovely, fussy and delicious? How much fun is that?

Warrior: I agree. The Michelin stars reliably identify restaurants with ultra-refined and meticulous cooking, which is best accomplished with smaller plates and course menus. But I’ve never met anyone who wanted to eat at such restaurants on a daily basis.

I’ve seen lots of posts online from people who, for example, come to the SF Bay Area for a week and eat at places with two or three Michelin stars every night.

Refined, meticulous cooking does not on small portions or lots of courses.

More the opposite. The more courses, the harder and more expensive it is to be consistent.

Around 15 years ago, I took my (then) GF on a trip to Burgundy where I scheduled one dinner after another in 3 star and 2 star Michelin-rate restaurants. After 10 days we ended up Paris and I was craving pizza. No mas foie! Anyway, yes, we’re on the same page with that one.

In France, lots of Michelin-starred restaurants do not serve tasting menus in the modern style of a series of 28 canapés or whatever. You could eat at one every day and get an experience that was representative of the local tradition rather than the deracinated international fusion that Michelin seems to require in California.

I’m happy for Holbox in particular.

All solid recommendations as far as the ones I’ve been to, though as usual I’m not sure how some of them make the Bib Gourmand price limit. And as usual there are some I’ve never heard of before. And a few are at least as good as some places that have one star.

The Papilles entry is out of date, it’s now a burger and fried chicken place.

Because it’s in Hollywood.

Oh weird wonder why they separated Hollywood from LA. Not like Hollywood is some mecca of good food.

Is it too early to start predicting stars?

hayato gets at least two

Michelin, like many tourists, probably assumed Hollywood is its own city (when it’s actually just another district within Los Angeles proper).

Konbi – a restaurant from the 2019 MICHELIN Guide California. The MICHELIN inspectors’ point of view, information on prices, types of cuisine and opening hours on the MICHELIN Guide's official website

Weird that Konbi has Plate instead of Bib, given its low prices.

Weird that Hollywood is treated as a city. Are any of the other places on the City filter not really cities?