Been meaning to try out this place for a while. It’s near a house I have and I gotta say - it’s a quite the neighborhood gem. And in fact, much better than that (in fact, heads and shoulders up anything in that 'hood). This is very well executed, creative food. It was a Thursday night and about half full. Surprised it didn’t have a line outside.

Butterscotch Pot de Crème (craving it as I type).
Selection of Cheeses

So, not a picture taker at restaurants - but online you can see they’re very good at plating.

I look forward to being a regular.

[image] Asparagus velouté with diced asparagus vinaigrette, nice light first course. Mustard flowers? [image] Barramundi with lentils, celtuce, favas, asparagus. Impressive that they got the skin chicharron-crunchy while cooking the meat just à point. Rich. Finished with a nice cheese course, Nicasio triple creme, aged Gouda, Rogue blue. I think it was an $8 supplement on the $37 prix fixe. Amazing PQR. Drank a nice Tressalier from the BTG list and a very nice $48 bottle of Bourgueil. Some …

that place is the business… got another rezzo on the books… I no longer find it a value place by the way per our last visit because we end up drinking too much wine every time and girl intends to order all of the things with the additional mark-up. still my current favorite.

Hey, for two my bill came in at $249 - but we were ready for a blow out meal so all in all - a bottle of Lambrusco and a couple glasses of wine, and we nearly ordered everything on the menu.

But if you are disciplined! You could pull off the bargain meal. Which I plan to do. I don’t remember - is there a counter there?

when i do byob it comes out to pretty great value

I thought Papilles was $37/person for a set menu? Doesn’t everyone always “order everything on the menu”?

There are items in every category that are really nice which cost extra… like foie etc.

My friend and I ordered the same three things for the prix-fixe so we got less than half the dishes on the menu. Four people could easily order everything on the menu if they wanted to share.

The front page of their web site:includes a blog of the daily menus.

"Art is to refuse mediocrity" - Balthus

pretty excited for papilles again… maybe we’ll have some drinks with Santos like last time.

really? i dont know… i like my indian traditional

plus i make killer curries at home (like below this weekend), mostly prefer to go out for french/italian/spanish on dates 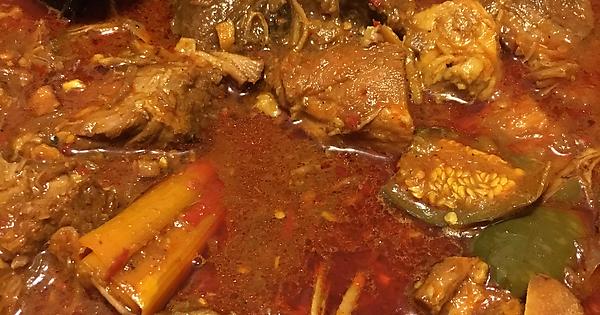 Badmaash does Indian traditional very solidly, but have you even given their stuff a shot?

I would not go there for curries per se, the cooking in general is just very underrated imo. Nothing else like the tikka poutine anywhere else in the city. Just saying, if you want to give something odd/new a whirl haha

I’m not 100% how sure it would be as a date spot, but you ever been to Osso? Surprisingly great pasta, and really great cocktails for $12.

You been to Baroo, Dudley Market, Charcoal yet? (Or Kali or Wolf?) haha

I agree I have to try Badmaash, it’s been on my radar for a while. Baroo is necessary immediately, dying to go. Don’t know the other ones, researching. Thanks vm

Magic Castle for the win. The food is below average banquet fare, but wandering around the castle for hours on end with a cocktail in hand and good company can’t be beat. Hell of a great time.

Where they any good? I actually haven’t been to either, just kind of curious haha

Charcoal is superb though (I think that’s well known) and Dudley has been getting incredible reviews from my insiders + J Gold.

sorry, bad replying… i was talking about Magic castle, no i look forward to the ones you mentioned.