Pardon if this question has been asked...where can I get a legit gyro, not gyro-loaf?

I’m just thinking within the terms of the language used locally… here it’s called a shawarma, so i’m both surprised and pleased that WesSabi pointed out a place that sells them and calls them gyros

I’m just thinking within the terms of the language used locally.

I get that, which is why I was very specific with what I’m looking for in the OP.

yea makes total sense now and i’m going to have to investigate this spot posted very soon! thanks @WesSabi

being more of the yogurt/garlic/dill kind of people rather than tabouli, tahini this version seriously sings to me… aaand it’s across the street from Ho Pies… oh boy

are you a performance art piece by baco man?
just asking.

That looks incredible! I had no idea such a place existed in the LA area!

Maybe it’s just memories of when I was twenty-ish in Ann Arbor, but I’m actually more in search of a Kronos gyros sandwich (first picture). A2’s late lamented Parthenon used that approach, and the things were delish.

I had high hopes for Good Greek Grill, but even after I asked them to put the fries on the side, I wasn’t all that fond of their gyros.

So Papa Cristo’s remains my go-to, though they pale in comparison to the Parthenon’s Kronos version. Maybe Kronos has gone downhill in the last few decades, though, and your aversion may be simply because they’re not as good as they used to be. Or it could just be my fond memories of stumbling across this “gyros” thing I’d never had before.

Doner kebab-wise, I’m fond of Doner Burger Grill in Glendale (Glenoaks/Alameda). They use a tsatziki-like sauce, and a soft pouch-like pita…you can get beef, chicken, or a mix of the two, which is my preferred version. I had high hopes for Spitz, too, especially since they’re closer to me, but it’s not a really good doner kebab.

Ha! I waited tables there. I was bummed to see it closed the last time I was in town. Opa!

Damn! When I was eating there, (1975-1980), they didn’t have waiters/waitresses…it was cafeteria-style, with the guy at the register gruffly asking “You want tsatziki sauce for that? Come on! You want tsatziki sauce?” before you had the chance to reply “YES! I WANT TSATZIKI SAUCE!” But that (rude as it was) was quickly turned into a laugh for my friends and me, who’d imitate him to each other for fun, and we kept coming back at least twice a week.

WesSabi came through on the GGG suggestion.

They ONLY have pork on the spit there; the lamb/beef mix is not my preference. What they are basically doing is creating mini lamb/beef kefta’s that are thin, and grilling them to order for the gyro. Texture-wise, this does not work for me. But that pork version was delicious.

I get that fries are an authentic Greek thing, but for my taste buds I prefer without.

I get that fries are an authentic Greek thing

Are they? I don’t recall ever having fries in my gyros when I visited…

If you put gyro + Athens into google image search you get lots of results with gyros containing fries.

Check out Meraki in Studio City - they have pork gyro (“european style” they call it!) 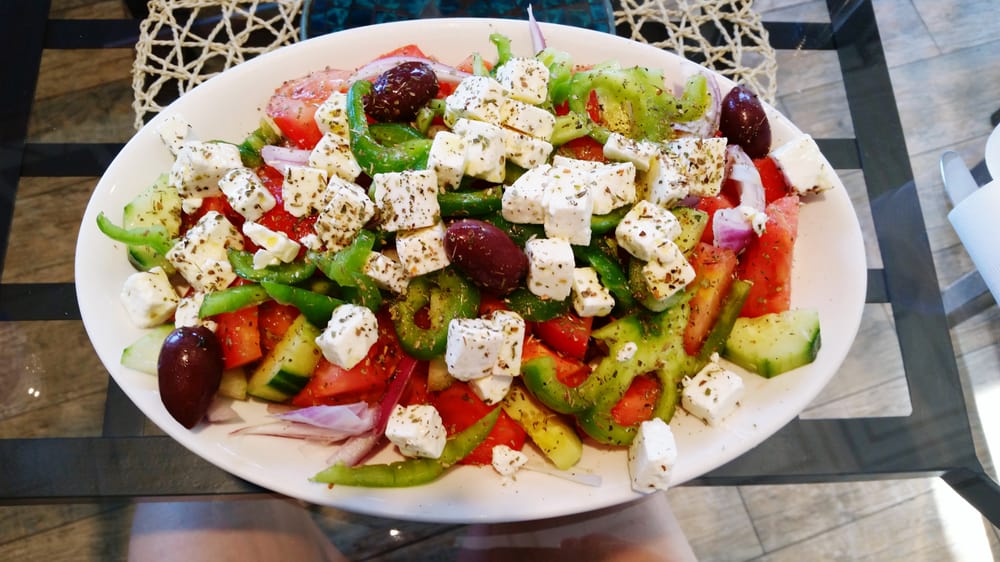 Specialties: With recipes passed down from generation to generation, we offer an authentic taste of Greece plus a twist on American Cuisine. Meraki's menu includes traditional Greek appetizers and salads, an array of lunch and dinner…

Right in my neighborhood; so perfect, thanks!

wow this might be the first place I’ve seen that doesn’t include lettuce in their greek salads. I was surprised in Greece that a greek salad doesn’t have any lettuce.

they were soggy. they were even soggier after the 30 minute trip back home.

same effect as fries in a California burrito IMO (I’d order w/o fries next time).

I think I might prefer feta without lettuce, so this makes a lot of sense (IMHO).

they were soggy. they were even soggier after the 30 minute trip back home.

same effect as fries in a California burrito IMO (I’d order w/o fries next time).

Those fries in the gyros really speak to the San Diegan in me.

When I go to Istanbul Grill the first thing I do is shove as many fries in my doner/gyro as I can fit. They have the nice crunchy thin ones though, which work better for that (same goes for CA burritos)