Jumping on JThur01’s lead from a couple of days ago I went by Pleasure Ocean in the old West Coast Seafood/Osaka buffet space. Originally this was going to be a branch of Shi Hai with a karaoke room. I have no idea whether this is the continuation of that project of whether things changed along the way. The difference from the way the premises were in the buffet days is stark. A very nice, well appointed dining area. I would have expected a longer wait in its first few days of operation though there was a modest wait even past 1:30pm. Tried the baked bbq pork buns, baked walnut cream buns, pork with pine nut dumpling and the mochi sesame peanut roll. All were quite good, and by comparison, all were better than everything I tried at Grand Harbor in Temple City last month. Of course it’s too early in the game to reach any definite conclusion about either of these upscale places, but Pleasure Ocean certainly has possibilities. Street address is 1655 S. Azusa Ave.

Far be it for a plebeian like myself to correct you, but I believe it’s actually Pleasure Ocean.

Ooops. Fortunately I had it correct on my Excel schedule.

Not that I take Yelp as the gospel but thus far really bad reviews for what it’s worth, hopefully it’s just opening issues and things will be smoothed out. 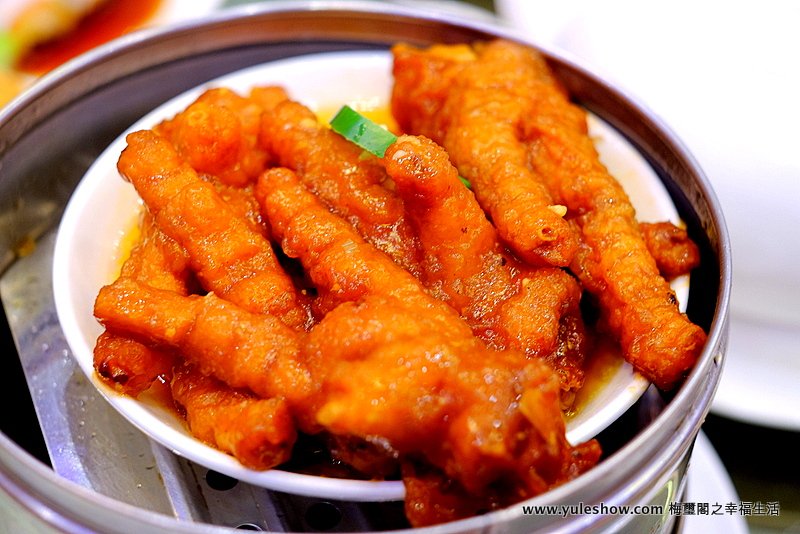 Talking about newly opened restaurants is always dicey, as is taking a small sample from their menu. I probably give more points for innovation than some other diners may, and for first time dim sum visits I head straight for the less common stuff. The only common item I had was the baked bbq pork bun, and even this was done differently with a crispy top–not the same or as good as the Tim Ho Wan/Hong Kong Lounge version, but certainly among the best in LA.

Thanks for the input, I’ll have to check it out. I appreciate any Dim Sum place that at least aspires to be unique and go beyond the norm. Speaking of, have you ever been to China red in arcadia or Shanghai number 1 seafood village in San Gabriel? Was curious about both as they seem to be at a higher price point as well as a nicer interior space which may or may not translate to tastier dim sum.

Thanks for the input, I’ll have to check it out. I appreciate any Dim Sum place that at least aspires to be unique and go beyond the norm. ***Speaking of, have you ever been to China red in arcadia or Shanghai number 1 seafood village in San Gabriel?***Was curious about both as they seem to be at a higher price point as well as a nicer interior space which may or may not translate to tastier dim sum.

You apparently do not know who our very own @chandavkl is.

Your question is like asking Wilt Chamberlain if he ever slept with any women.

Thanks for the links, wow is all I can say! I’ll be sure to eat through David’s top 10 favorite Chinese restaurants, quite a feat David!

But you have to use fork to do that though, no chopsticks allowed.

To borrow an old music saying, China Red would be “bubbling outside of the Top 5”. However didn’t somebody (JThur01 perhaps) indicate a recent change of ownership? Shanghai Seafood Village #1 elicits mixed feelings. Some people love it, others don’t. I think it’s OK, but don’t consider it to be bubbling outside of the top 5.

Did they gut the entire building?

I have bad memories of that storefront when it was the buffet before it was Osaka. They had a pond at the entrance and it smelled like stinky pond algae. The smell was gross.

is it in fact the same ownership? i do not have a particularly high opinion of shi hai.

i understand the reasoning, but i prefer to include the part of the standard canon as it were: the siu mai, ha gao, etc. just to have a baseline for comparison and derive my own price to value correlation.

Well on first try I’m hoping that the new restaurant is the next great thing in dim sum, particularly when you see the top places in Hong Kong and Canada are highlighted by the nontraditional varieties. If not we can dig deeper to see where it falls in the pecking order.

Pleasure Ocean was incorporated early this year, and I thought that the sign on the premises that Shi Hai was taking over went up last year, as Osaka Seafood closed down in late summer of 2014, so perhaps Pleasure Ocean is a separate deal. I know Shi Hai is very spotty, but you do realize they were one of GQ Magazine’s Top 25 Restaurants (not just Chinese restaurants) in the US for 2015.

the target demographic for GQ is one for which i have little affinity.

Going to be in the area post soccer match. Have yet to try any dim sum in this 'hood. Is Pleasure Ocean worth a try or should I roll over to Earthen (and skip dim sum) instead?
Thanks!

Happy Harbor is a much better choice for dim sum.

Agree, Pleasure Ocean is not very good. Much better option is Happy Harbour.

Or get thee to Midoh for excellent gyu-tan, katsu, corn potage, and probably my favorite hamburg in the city.

Thanks, @chandavkl and @A5KOBE! Bookmarking both as options. The kid likes dim sum and dumplings, but damn, Midoh looks good.

Happy Harbor was ideal. Walked in at 11:30 and straight to a table. Post-match, the kid was starving. But the dim sum quickly came out piping hot…so hot that he may have burned his tongue in excitement. The only odd thing I noticed was the gai lan seemed oily…it’s supposed to be steamed, but after taking a bite, there seemed to be a light layer of oil on each stem. The kid loved the har gow…his favorite. It was a solid dim sum meal…thanks, @chandavkl!