I find it bizarre that a restaurant that closed in 2004 is still intact and untouched. 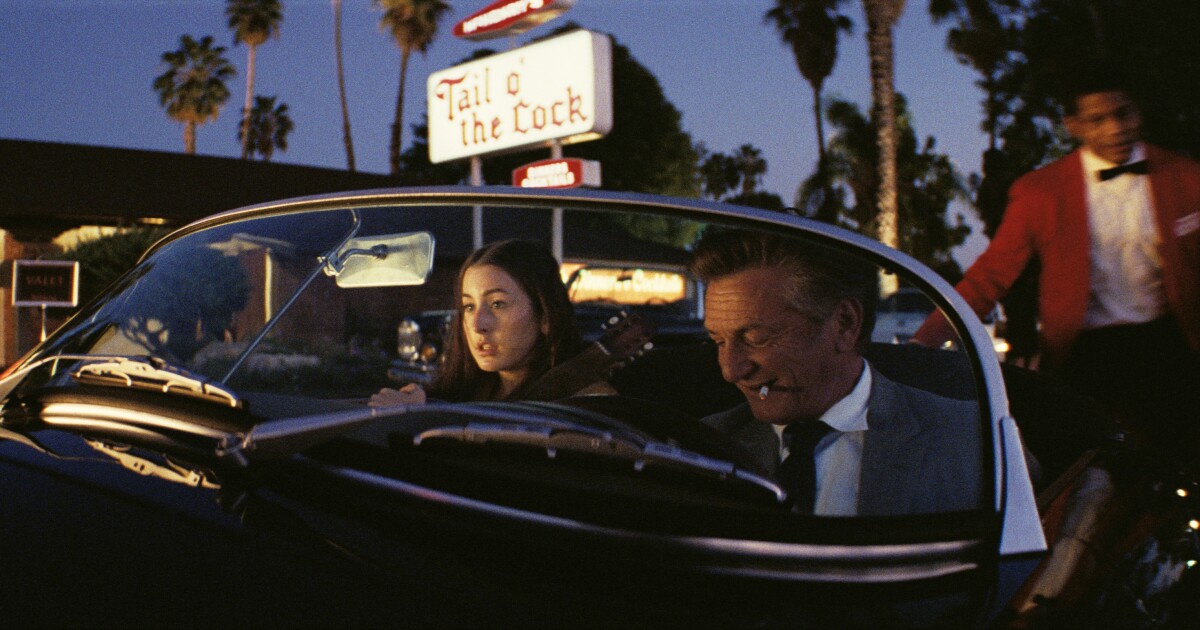 Landing the perfect title is just one of the challenges Paul Thomas Anderson discusses on a drive around Los Angeles' San Fernando Valley.

@licoricepizza
Hey Los Angeles, unleash yourself and run free at Fat Bernie's Pinball Parlor in Westwood, open tomorrow through 12/18.
1 Like
BHAppeal November 28, 2021, 5:03am #2

I will acknowledge my age, that I lived and worked in the Valley in the 70’s when I was in my 20’s.
Still have a soft spot for the Smoke House, with the glowing cheese bread and middle of the road food. A dark, cool bar after a long day laboring in the sun as a Universal tour guide back when it was mostly a studio tour and not an amusement park.

Little Toni’s in NH, square slices, not that good then, but I know folks like it.

A coffee shop, Tondo’s, in what is now NoHo. Cheap, and distinctive, with “Tondo’s Sucks” scratched on a men’s room toilet door. Long gone, and no doubt an improvement.

Paty’s in Toluca Lake --unchanged for decades. Solid all around.

Bob’s Big Boy in Burbank forever. They do what they do, well. (How old am I? My mom knew the original “Bob” of Bob’s Big Boy.)

I really enjoyed this list, @BHAppeal . I spent most of the beginning of my career in this neighborhood so Riverside, Pass & Alameda restaurants have a special place in my heart.
And while the cheese bread gets top billing at the Smokehouse, I’ve always been partial to the lobster bisque that’s finished with a shot of sherry tableside. Seeing old school Hollywood stars in for lunch was another highlight.

Remember? they had a location in Encino.

Jean’s Blue (Bleu?) Room on Ventura. Our go-to special occasions place from the time I was a toddler; birthdays, romantic date nights; bottomless bowls of both salad AND soup (we loved the watercress soup), and the first place I ever had escargot, frogs legs, and champagne cocktails.

I did not include in my original comment what was probably the ultimate Valley dining experience of my youth in the 1970’s – Eckberg’s Steakhouse in Woodland Hills. I posted the following on an old CH board:

Nothing like bringing a newcomer to Eckberg’s. When you say steakhouse, you mean steakHOUSE --it was actually a converted residence. A very small dining room (essentially a converted living room) a smallish kitchen where you could watch the owner cook (what appeared to be a home kitchen fitted with professional level ovens/grills/stoves) and outstanding steaks. The owner had been in the meat business before semi-retiring to run the place and as a result had connections to obtain top level prime beef at a time (the 70’s) when there were not many top level steakhouses in the LA let alone the parts of the Valley where Eckberg’s was located that could give you that quality of meat. Very basic – just steak and lamb chops as I recall, and when asked if he served fish, he would reply, “No, no, only people.”

When you paid – cash only --you would be rung up at an old fashioned register with Eckberg muttering “money, money, money” and chortling as he counted out the bills and placed them in the register, kissing a rubber chicken as the cash drawer closed and the register bell rang. If someone put “I’m looking Over A Four Leaf Clover” on the juke box, Eckberg (who did all the cooking ) would pump up the volume of the music, run out of the kitchen and start dancing around, ringing a massive collection of bells hung on every available wall space, and then just abruptly head back to the kitchen without a word or extra gesture when the song concluded. I once saw him do it twice in a row. (If he was busy in the kitchen though and someone tried the twice in a row bit he would turn the music down --the man was an entertainer, but was serious about turning out a quality meal, hence you were not getting an improperly done steak just so he could dance around.) Terrific homemade apple pie for dessert. Just he and his wife ran the place --he cooked and occasionally waited tables, and she waited tables and bussed them, (He called her Gunga Din, because she would bring you water.)

If you asked how the beef was, he would inevitably say “tough and stringy, tough and stringy” smiling all the while. When he took your steak order he would ask you if you wanted it “rawraremediumraremediummediumwellwelldoneburnt” running all the words together in a two second burst. He would sometimes bring out a gristle ridden piece of raw meat and display it proudly as “your selection” before going back into the kitchen to allegedly cook the thing. When the Eckbergs finally sold the place, a somewhat high end French place demolished most of the house and put up a new building and I recall that the menu as a tribute had a steak or lamb “ala Eckberg” that was served “rawraremediumraremediummediumwellwelldoneburnt.” Soft drinks and beer available, no wine as I recall, though among the beers was Heineken Dark, which seemed wildly exotic to find at a place in the Valley in those days. A real character, who clearly enjoyed what he did and gave you a terrific meal at a reasonable price.

Do you remember how he would ask if you wanted cheese on your salad? Of course, there never was cheese!