Yes, that would make sense.

I thought it was “always,” but I don’t work in that industry.

It’s interesting that you bring that up, though, b/c the MTA is basically saying not getting vaccinated is the same thing as suicide. Which is a fascinating (in an academic sense) comparison… Not sure if I agree w/ it (although I’m “fine” w/ the MTA withholding benefits for the unvacc’d).

That, and a lower dose for the Moderna booster, are why I personally would prefer to wait. If this pandemic rages on for a few yrs more, I’d prefer to be protected against the most recent variant…

A federal judge has temporarily blocked New York state from requiring healthcare workers to be vaccinated for COVID19.

That’s ridiculous, though with a theocratic majority on the Supreme Court, they might win anyway.

though with a theocratic majority on the Supreme Court, they might win anyway

I wouldn’t doubt it.

The “Supreme Court” has become a dark-humor, pathetically-laughable bad joke wherein personal religious and political beliefs now Trump the dispassionate, unbiased, objective and mature intellectual interpretation of the Constitution as it was originally intended when written.

Except for occasionally throwing the dogs a bone.

This and other matters offensive to the private beliefs of the theocratic majority now presiding over the newly-christened Church of the Supreme Ones will almost surely prevail at Their alter.

The brave and daring people who founded our great country tried to ensure by way of constitutionally-codified core values both freedom of religion and freedom from rule by religion. They obviously weren’t perfect.

Pfizer has a conflict of interest that seems pretty transparent, I think. The response by the FDA wrt their booster sounds pretty level-headed and unbiased.

The Biden administration has planned to launch a booster shot campaign for the general public as early as next week.

The name of the long-term game is memory “T-Cells”, also referred to as “cellular immunity” (along with their shorter-term counterpart memory “B-cell” partners, both being white blood cells). These are only tangentially mentioned in most articles and not at all by the vaccine companies --to my knowledge, at least.

I wish that the public would come to understand that while antibodies (which can be measured) decline with time, partly due to decreased B-cell production, the associated T-cells that reside and reproduce (largely) in lymph nodes but have evaded practical, quantifiable measurement and data gathering, are there waiting to attack a known bad actor in the bloodstream for a very long time, possibly permanently.

B-cells don’t need to continue to indefinitely generate antibodies for a particular virus once that virus has cleared. They go into the background. T-cells, on the other hand, have “elephant memory”. They don’t forget and when they reproduce that memory is passed on to the next generations. T-cells by themselves, separate from and unlike antibodies, can find and destroy all parts of a virus – and will.

So as the amount of antibodies in your bloodstream wanes with time after initial vaccination, you might get a nascent infection in your nasal passages. But the T-cells will forcefully respond, and the infection will most likely be cleared by them well before reaching your lungs. You might get a mild cold-like nasal infection, but it won’t put you in the hospital and you almost certainly won’t die from it.

I read an article today in the news somewhere in which someone said that it wouldn’t be a big moral issue if the US gave 200 million third shots to it’s people while in the rest of the world, 2 billion people await a first.

Well, to me it seems that vaccinating 10% of the entire unvaccinated world is in fact a big deal. There are a number of countries (China, Russia, EU, etc.) that also make vaccines and could/should/will also pitch in.

Vaccinating the world really should be a UN-coordinated effort, with the US being just one participant.

Vaccinating ten percent of the unvaccinated world population with current stockpiles and ongoing manufacturing would be an enormous accomplishment for any country or union of states to be proud of, especially our union of states. And we have the wherewithal to do it.

10% of the entire world is in fact a big deal

I’m not sure who you’re referring to there. 10% of the global population would be 780 million, which would take up to 1.56 billion doses.

The two billion number was quoted in the article that I read. But, fact-checking, worldwide, there have been 5.8 billion doses given, and 31% are fully vaccinated. If all of the 5.8 billion doses were first doses, then there would be 2 billion people remaining to get one, and 200 million would represent 10%. Some of the vaccines used in other countries require just one dose, but some require two, like those here (except J&J which requires just one). So, the 10% number is probably high. Still, even if it’s just half that, it’d be pretty good. And the unvaccinated in poor countries would be much better off if they had just one of a two-shot vaccine (as opposed to none at all); hopefully the second would come in a few months.

I’ve edited my earlier post on this with more accurate language. Thank you for raising the question.

BEIJING (AP) — China’s top disease control official, in a rare acknowledgement, said current vaccines offer low protection against the coronavirus and mixing them is among strategies being considered to boost their effectiveness... 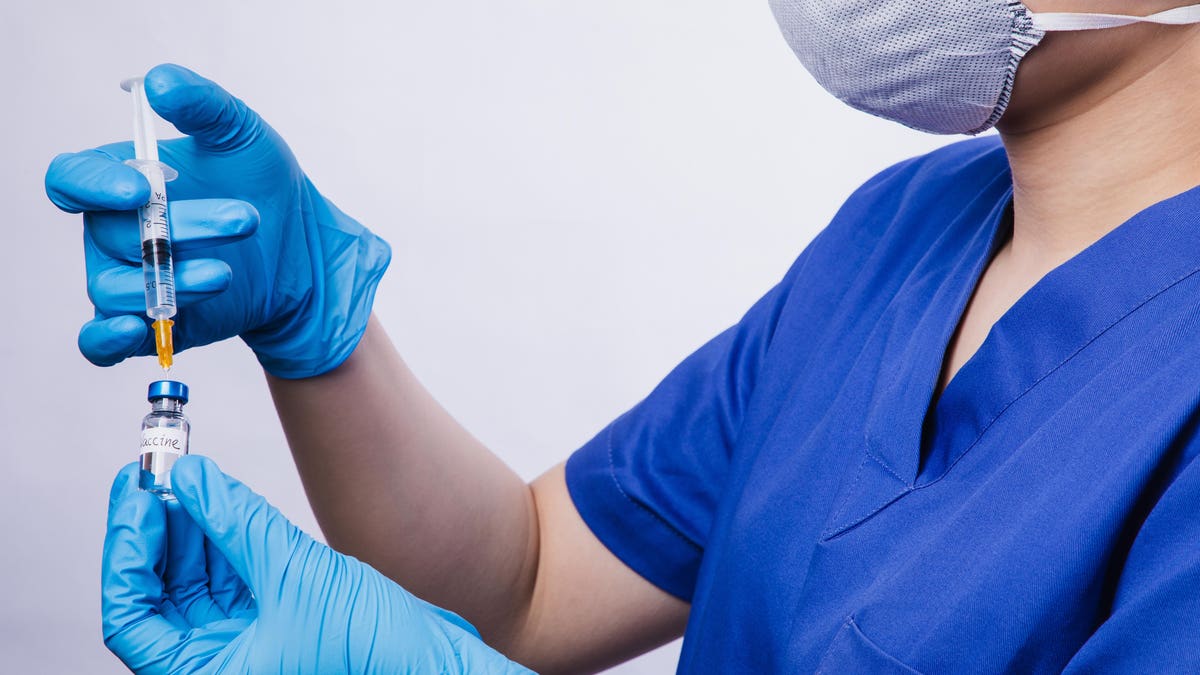 The vaccine, which already had a low efficacy rate of 51%, may be of limited use against newer variants of the coronavirus.

From the AP article, re the Chinese vaccines:

The effectiveness of the vaccines range from just over 50% to 79%, based on what the companies have said.

We’ve grown accustomed in the US, now, to much higher effectiveness than 50%. But at the outset, while the vaccines were being developed, government officials said that if their effectiveness was at least 50% (and they were safe), they’d be a go. Also, I believe that the effectiveness of a single dose of a messenger RNA vaccine is in that range.

On the other hand, as pointed out by the Forbes article (which I couldn’t read but is pretty much summarized in the headline), targeted vaccines won’t help as much with variants, as is the case with (dare I say it) flu vaccines.

The problem with the efficacy number of the Chinese vaccines is that they were never submitted to the FDA or EMA for official review or submitted to any peer-reviewed non-chinese scientific journal with all data included. There is a lot of doubt if these number were ever correct even with the original alpha variant (same for the Russian vaccine)

The Chinese have certainly been less than forthcoming about this and other covid issues. Same with the Russians.

An influential federal advisory panel has soundly rejected a plan to offer Pfizer booster shots against COVID-19 to most Americans. The vote Friday, 16-2, was a blow to the Biden administration’s effort to shore up people’s protection against the...

From a related article on CNN Health today, “5 reasons why FDA advisers did not recommend Covid-19 booster shots for everyone”:

Kurilla noted that Pfizer’s studies relied heavily on measurements of antibodies, without looking at other important aspects of immune response.

“It’s a little disappointing that there’s been very little reporting of the cellular immune responses and an entire focus on the neutralizing antisera,” Kurilla said. Immunologists point out that long-lasting protection comes from immune cells called B-cells and T-cells, and Pfizer only presented data on antibody response.

I couldn’t agree more, and I’m glad this got into the news from the meeting.

Dr. Kurilla is a FDA advisory committee member who participated in today’s discussions and decisions.

The following excerpt is the full summary (in bullets) at the top of Pfizer’s own announcement on August 16 in support of boosters, which only makes mention of antibody levels in connection with immune response. It can be found on Pfizer’s website. As with Israel, obviously in the weeks following an additional mRNA injection, antibody levels will go up and there will be fewer detectable infections among those inoculated that way.

The first three bullets refer to the data; the fourth was their opinion and conclusion.

This appears to be the aspect of Pfizer’s data that Dr. Kurilla was pointing to when referring to the lack of cellular immune response information.