My Dad just retired, and we want to celebrate him with a nice dinner. Budget is not a problem, but the parentals are interesting folk…they rarely want to get dressed up, Dad eats everything, and Mom usually just eats Asian food (primarily Chinese and Vietnamese…we were pleasantly surprised when we were able to trick her into Peruvian food once). My husband is tired of acquiescing to Westminster and SGV restaurants all the time. All I can come up with is Fogo de Chao or teppanyaki-style joints. Does anyone have some fresh ideas? Open to most locations drivable within 30 minutes (not including traffic) of the Norwalk/Cerritos area.
Thanks!

Is the one on Harbor still open?

@Ns1 Haha…you know Vietnamese parents well! You may be one of the few people who understand my conundrum. Parents with limiting options, a spouse tired of going to the same places all the time with the in-laws.

@Ns1 You may be joking, but it’s not a terrible idea.
@ipsedixit Is there no dining question you can’t answer? LASA would be an interesting option for Dad (who knows about Mom), and the other three are closed on Sundays.

and the other three are closed on Sundays.

If the parents don’t mind loud and (often times) vulgar music, the food and view are pretty great.

No worries…still good options. I may use this list for myself at some later point in time.

Raku may be too exotic for Mom’s limited tastes. If she wasn’t such a good cook and surrounded by likeminded family/friends, I have no idea how she managed to survive dining out here.

Tsuruhashi… Bring on the Kobe… 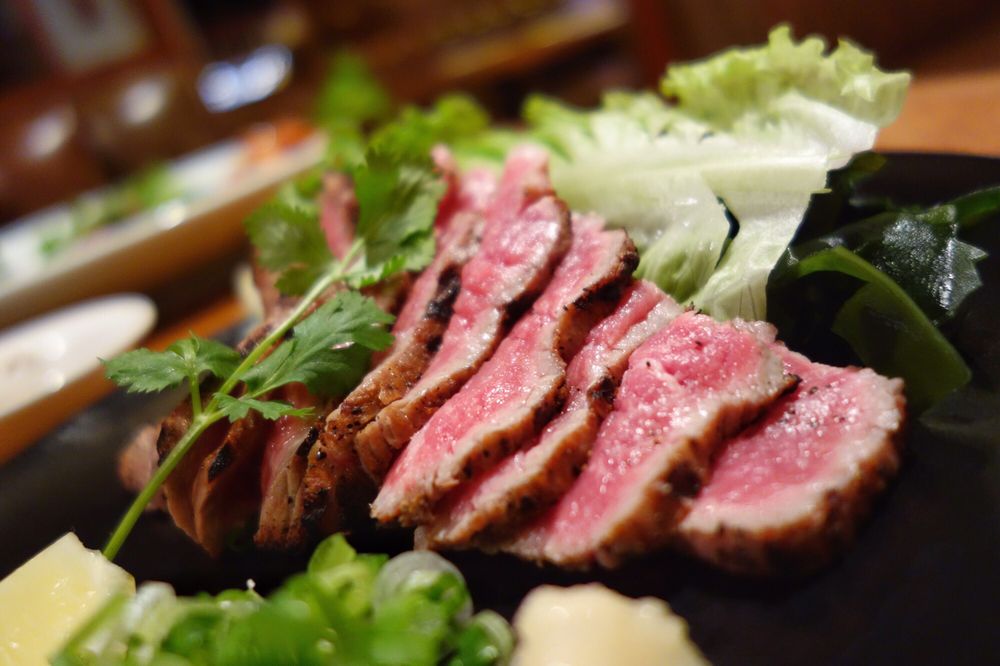 Here’s some other recs that might fit the bill @attran99 Cassia- might be too far in Santa Monica, new age vietnamese former chef at spice table
Kato - prix fixe menu mostly chinese/japanese influenced, in west LA
EMC seafood - lots of raw/cooked seafood, don’t know if your mother is into that but I find that most asian parents generally seem to be, ktown
Terra Cotta - east meets west fusion quite a bit of seafood also, ktwon
Alexanders Steakhouse - modern steakhouse with an asian bent, pasadena
Any high end Ktown K bbq joints - Gwan Yang, Park’s, etc ktown
LXSO - high end vietnamese food in huntington beach with a view (never actually been to this restaurant but has been bookmarked for me for quite sometime)
Rosaline - I thought it was ok, some people including some of my friends love it great atmosphere good drinks its peruvian so maybe you can trick your mother again, weho

No matter what restaurant I take my mom to she says its too expensive and her food is better. So I feel for us.

I take my mom to she says its too expensive and her food is better.

Same here. The fancier the place, the more insecure she gets… I just accept it now and enjoy my meal. I’m over impressing my parents. It really is about the treat and ‘break’ from the kitchen. If she says she like it, I take as a compliment, “I hoped you would!”

@Dommy and @js76wisco That’s exactly what my Mom says when I take her out for elevated or fusion Vietnamese/Chinese food. I know that Din Tai Fung or the like would make her happy, but it’s my Dad’s retirement, and we would like to do something more than that.
Thanks for all who have offered their advice!

Dad’s retirement, and we would like to do something more than that.

Absolutely! Give that man a nice steak dammit. He deserves it…

How bout District or next door AOC