The second Oakland location fits the mission a lot better. It’s a depressed albeit gentrifying neighborhood with few restaurants. On the other hand, there’s a Lanesplitter 2-3 blocks away that might be hard to beat on quality or price for pizza and salad.

It's the second East Bay iteration of the LocoL chain, that aims to bring wholesome, affordable food to underserved communities.

Disillusioned with fine dining, one of the world’s great chefs took on fast food. It has been harder than he ever imagined.

I can’t believe the editors at LA Tims actually printed this. Is anyone even in charge there anymore?

“…no restaurant in years may have made more of a difference than Locol.”

Really? What is the reasoning behind that, J.?

(And “opening a dialogue” is not an answer.)

Gold makes a good case for it. Even if they’re failing in some ways, they’re trying something new.

Really? What is the reasoning behind that, J.?

(And “opening a dialogue” is not an answer.)

I think Locol gets a big push because its opening is a gesture towards a noble cause. It doesn’t really matter how successful it is as a restaurant right now, or whether the food is good or not - it’s the intention that matters to the community of people who are making declarations of “Restaurant of the Year” and such. Two fairly pedigreed, demi-celebrity chefs trying to make fast food more healthful and spark a nationwide movement, as it were, to be frontrunners for others to emulate. It started with Choi’s impassioned speech at a food conference and culminated in a parade with Dr. King’s “I Have A Dream” speech playing during the grand opening. It’s not only a rather endearing story but also a very timely and momentous response to some narratives in our current political climate in America. Locol is thought of as an icon, and that’s what matters for these types of awards, because its influence is meant to extend beyond however good the Chicken 'Nugs and Awesome Sauce are. I’m not surprised that Locol is winning these types of awards; to not award Locol might almost seem as if the magazine or whoever was deaf to Locol’s cause.

When we hear “Restaurant of the Year,” we may assume “Best Restaurant This Year,” but I think they’re aiming for something grander than just “who has the most exciting and/or influential food right now.” Locol is laden with a “dialogue,” and that’s what people are responding to. Everything is politicized in our zeitgiest, so Locol is the clear candidate to be recognized. Locol’s mission is noble, but as we’ve seen, its success is a complex story, most of which I’d rather not debate.

The only thing I’ll say is that if the food and restaurant itself were not so self-consciously fashioned or billed as a social project (however well intentioned it might be), they might resonate more with the target communities. Even the name “LocoL” is a bit of an impediment, in my opinion, even if it made sense in the board room and per their consultants. Perhaps a less conspicuous restaurant, whose reputation for food spread organically by word of mouth in the community, would’ve been more successful. But Locol’s efforts to make their project work is a moral success in the eyes of many.

But they haven’t actually made a difference. They’ve received accolades, but it’s not as though everyone is rushing to emulate them.

Maybe wait five years or so before making the pronouncement.

I think it’s what their opening represents that matters to publications now. It’s symbolic, more of a moral success that someone’s trying than an actual success. As if a publication doesn’t back them, it’s almost as if that publication is not fully on board with their cause. Especially in light of the Pete Wells review.

I’m not saying LocoL deserves to win or not (I couldn’t really care less about these kinds of “Restaurant of the Year” awards, which is not far removed from a “Car of the Year” kind of distinction)…but I’m not surprised that they are winning these sorts of accolades.

I do think that they are part of a timely conversation, but that conversation is too entangled with complex politics and these sorts of issues are becoming increasingly difficult to talk about. A restaurant with a similar mission to LocoL, but perhaps executed better, could very well be a good thing. This is maybe the first foray into this kind of restaurant mission and therefore a very valuable learning experience. There’s certainly lessons to be learned from their efforts and let’s hope the next iteration of this kind of restaurant is more of a success all around.

I can’t even begin to explain with how much I disagree with the idea that Local will change or accomplish anything.

Twenty years ago, Alice Waters convinced people that school gardens would solve the problem of lack of healthy food in “urban” communities. She received her accolades and awards. And yet, there have been no policy changes on local, state or federal levels to change the food available in places like Watys or Oakland.

No. But the former FLOTUS made nutrition her pet project and, while she certainly didn’t look to Waters directly, that sort of attention to the issue was, arguably, helped by Waters and her activism. Was it all correct? Overblown? Overhyped? Sure. Maybe. Or not, depending on your view.

But it’s silly to say she didn’t help move the needle a little. Revolutionary change is just change fast enough to notice. Most isn’t.

And what did the White House garden accomplish? Nothing. No change in policy, whatsoever.

But they haven’t actually made a difference.

“Remember when the failing @nytimes apologized to its subscribers, right after the election, because their coverage was so wrong. Now worse!”

there have been no policy changes on local, state or federal levels

There has been some progress. 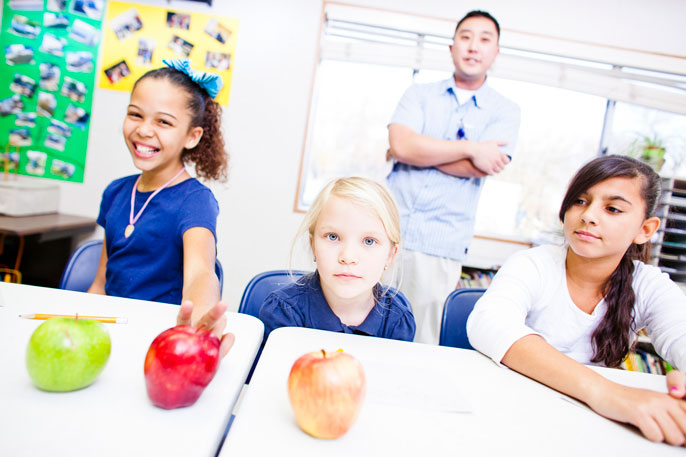 How California is reinventing school lunch

The only thing that moves slower than U.S. national policy is Vatican policy. And the US hasn’t yet had 1000+ years to ossify.

The arc of the universe is long, but it bends (hopefully) toward justice, or at least decent tacos for all.

“Most of the people who live in Watts don’t want to help the community.” What? You must explain.

And you know this how?