Where to Eat and Drink in North Beach 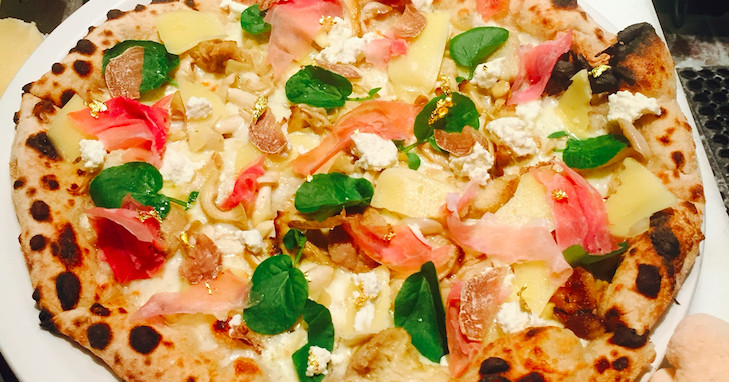 Where to Eat and Drink in North Beach

From old-school Italian to new-age drinking dens, it’s all here

Has the food at Kennedy’s gotten better? I ate there years ago and the beer was fine but it was some of the worst Indian food I’ve ever had.

I would not go to Tony’s again except maybe in the afternoon if it was quiet to see if their execution is more consistent when they’re not busy.

That place is around the corner from my office but I have never been tempted to try it because Curry Leaf is a block away.

Decent list overall. I was a regular at Little Vine for their sandwiches but they are a little heavy handed with the homemade russian dressing. Also the less than indifferent service from the hipsters working there when the owner isn’t on the premises finally annoyed me so much that I stopped going. Great cheese and charcuterie selection though.
Dip on Grant has the best French dip I’ve ever had (porchetta) and should be added to the list.
Love the pasta at Italian Homemade (not so much the paninis) but I can’t really get much work done after downing a plate of pasta for lunch.

I would not go to Tony’s again except maybe in the afternoon if it was quiet to see if their execution is more consistent when they’re not busy.

Would definitely encourage you to do so. Also, just a heads up, you can order full pies from the Slice House next door. We arrived at noon, ordered a coal-fired New Yorker from the Slice House, and grabbed one of the public tables on the street. Took about a half-hour for the pie to come out and it was perfect. Just a step below Grimaldi’s, which is the best coal-fired pizza I’ve had in CA.

And the undercarriage shot:

What’s are some of the sandwiches to get at Molinaris?

Whatever kind of Italian-American cold cuts and/or cheese you like.

What’s are some of the sandwiches to get at Molinaris?

Anything with their dry salami. I like it with cheddar myself.

For me Tony’s is all about the meatballs. If I could be buried in one, I’d choose that as my last resting plae.

I always enjoyed my meals at Sotto Mare and glad to see it on the list. Fond of the steamers and their cioppino!

You can also get any of their whole pies to go at the Slice House – I stop in to pick up St. Louis style pizzas from time to time. Tony’s is the place in the Bay Area that makes them.

Any comments on Don Pistos? Some friends are stopping through town en route from NYC to Australia, and this is their choice (and they invited me to join, so I have no say so). Hits? Misses? (I did send them a link to the Barrel Room as an idea for a place to whet the appetite, and they are eager to start there, so the evening will start in a good mood.)

Any comments on Don Pistos?

So, yes, here are comments. I was with a group of 8. The food was good, the service was good, and I’ll probably never go back.

The server told us that "the kitchen is small so dishes just come out as they’re ready. Myself and friend sitting across the table ordered 3 taco plates (2 on each plate - we had fish, carnitas, and al pastor). They were filling and tasty, but at $12 to $13 a plate of 2 (nothing else on the plate) a bit steep. Others ordered enchiladas, whole lobster, mussels, and I’m not sure what else. Our food came out first, and we were done eating long before others. Eclectic little wine list, but I had brought a Broc Coucou (a nouveau Cab Franc) that a few of us shared. Guac was ok (a couple of orders for the table), salsas (a red and a green) were ok, and the complimentary chips were decent enough.

The scene was just not for me. Way too crowded and one of the noise bombiest places I’ve ever been. I was also probably one of the oldest people in the place, and I’m not that old. $80 for 2 (6 tacos, corkage, and a few tastes of guacamole) in a setting we were all shouting was well, not my scene. I guess I’m not one of the cool kids.

$12-13 for two tacos should get you fresh tortillas made in house and Chez Panisse-quality ingredients.

We had an early light dinner at Baonecci yesterday. Started with a Fagioli all’uccelletto, which was fantastic. We mopped up every last drop of the sauce with focaccia, followed by a pizza Salsiccia e Salamino.

The other plates of food coming out looked great.
Service was pleasant and comfortable.
Wine markups seemed very high. We had a bottle of Chianti.

I like the Chianti that per the menu is somehow associated with the family. Montellori? I think they sell it for around 4X wholesale, which unfortunately seems pretty standard these days.