Yangban is a Korean-American deli and super from Chefs Katianna and John Hong opening soon in the Arts District of Los Angeles.

Yangban is a Korean-American deli and super from Chefs Katianna and John Hong opening soon in the Arts District of Los Angeles.

WOW! I can’t remember the last time I was more excited about a menu. Can’t wait to check them out… I’m in the area frequently for Bread Lounge…

That menu made me drool.

You know how we been having new school Filipino the past what 5 years or so?

Smoked trout dip, fries, kalbi, banchan and soft serve all at the same place. What a time to be alive.

When Jua opened on East 22nd Street two years ago this month, it joined a small and growing cluster of restaurants giving Manhattan a polished, modern and worldly view of Korean cuisine. Los Angeles still offers as deep and comprehensive a survey of traditional Korean dishes as you’ll find outside South Korea. But for modern, creative Korean restaurants, no place outside South Korea rivals New York. The local scene is so strong that it has already bounced back from the recent demise of Hanjan and Kawi, each as good a contemporary Korean American restaurant as any city could hope for.

Many of these places, including Atomix, Kochi, Joomak Banjum and Jua, follow a fixed-price, multicourse format. It hasn’t happened yet, but one day, somebody I invite for dinner is going to turn me down by saying a sentence that would have been unthinkable a decade ago: “No thanks, I had a Korean tasting menu last night.”

This genre of restaurant was essentially invented by the South Korean chef Jung Sik Yim, who opened the first Jungsik in Seoul in 2009 followed by one in TriBeCa in 2011. Although his country has its own traditions of fine dining, Mr. Yim’s project was to apply the form of modern Western European and American fine dining to Korean food. Traditional serving vessels, for instance, were thrown over in favor of broad porcelain plates and bowls upon which sauces and ingredients were arrayed as meticulously as brushstrokes on a Kandinsky.
(Emphasis added.)

From the NYT review of Jua:

A Korean Tasting Menu With Verve and Polish, at Jua

Hoyoung Kim joins a number of Manhattan chefs serving a modern, worldly vision of the cuisine.

Seems like half of the review is on the history of Korean restaurants; an interesting read.

I just read the article and it gives good insight into the growth of modern upscale Korean restaurants. LA is still far behind NYC but catching up. I wonder if the breadth and depth of Korean food in LA will make it harder for a $200+ Korean tasting menu prix fixe type of concept to take off? But maybe its just LA. A lot of other high end well respected tasting menu places haven’t survived (Somni & Dialogue) either. Majordomo seems to be doing well. I bet Yangban Society does well too.

How These LA Chefs Are Reimagining Modern Korean Cuisine

An enticing wave of openings in the City of Angels.

Smoked trout dip, fries, kalbi, banchan and soft serve all at the same place. What a time to be alive.

OMG! I haven’t checked out the merch… It’s like what I dreamed for Broome Street Market until they seemingly gave up.

I think a restaurant like NY’s atoboy (format and price point) would be a great addition to LA’s scene.

There better be a review forthcoming!

Gotta get the lap balm.

Yeah except the food there kinda sucks. Admittedly I’ve only been once. Did like the vibes/service. Didn’t like the food 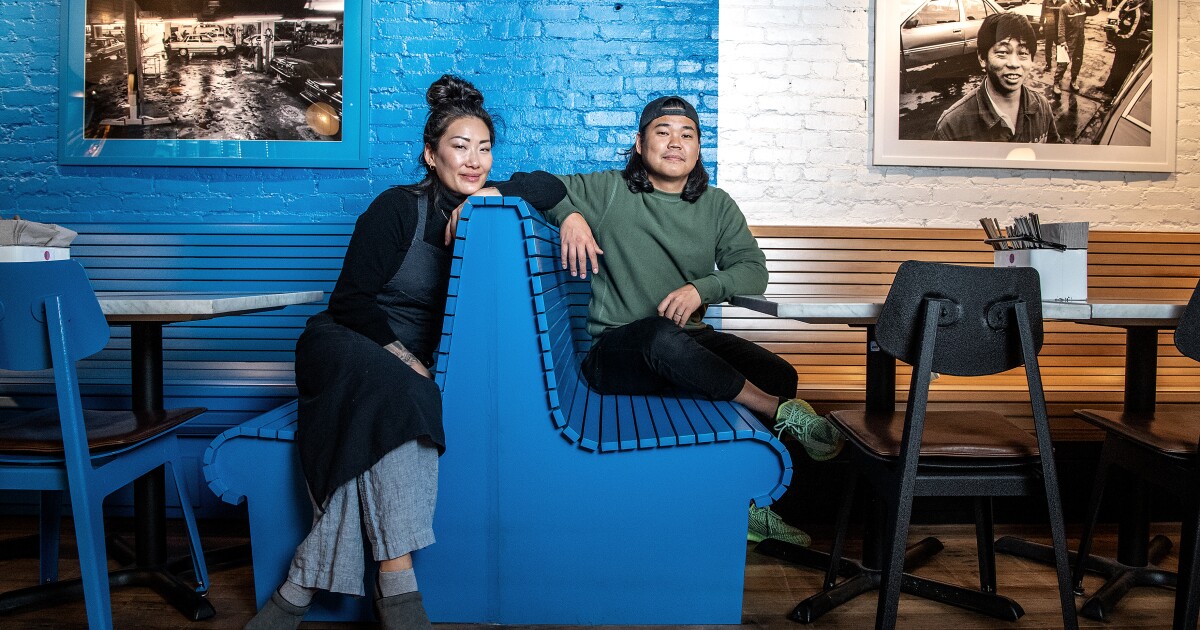 Redefining their Korean American identity through a new deli

They funded Yangban by partnering with Sprout L.A. — the restaurant group that oversees spots like Bestia and République …

Sprout LA focuses on collaborating with hospitality and culinary talent to provide unique dining experiences in Los Angeles. We support and highlight the passion, dedication and creative direction of our chef partners.