Assorted Articles about Covid-19 and Food

But it’s anybody’s guess whether the risk of dining outside with tables set apart the same as it was for the older variants. Could be riskier. We don’t know.

A more contagious variant could well have an impact on a lot of businesses, including retail stores, hair salons etc., not to mention other institutions like schools. Restaurants would just be one category where the ability to operate could be impacted, both indoors and outdoors. So if a new variant should make us worry more about the risks outdoor dining, there are probably many other activities we would need to worry more about as well.

This whole deal is like swimming with sharks. Maybe, maybe not . Myself, I’ll be staying out of the water for now . Vaccine or not .

I hope that Newsom has read the CO2 tracer approach and the detailed guidelines that Washington State has implemented for assessing the safety of restaurants – outdoor and in. We need to adopt this same approach in CA. and, IMO, the rest of the country.

Review | Now that’s room service: What it’s like to check into a hotel just...

The Riggs Hotel opened empty guest rooms to diners. So I spent a couple of hours feasting in one.

Tejal Rao on food writing, aimless roaming, and the joy of deadlines

“American Pie is going to be all over the world,” he cries. And why not? The pies are tasty enough, with their fillings of guava, crab, pork, mango, chicken or fish. But it is that perfect crust that really sets them apart.

“My grandmother is very strict about her recipe,” says Julio. “I took her one, which everyone said was amazing, and she goes, ‘Julio, this is a piece of shit.’” 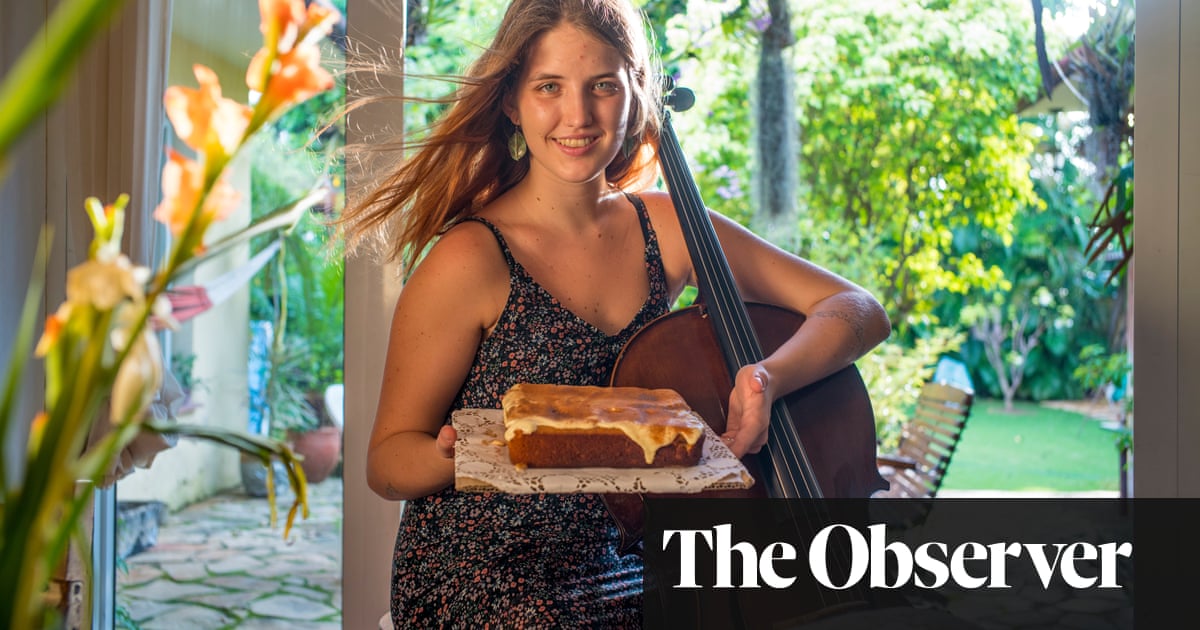 As Covid pushed the island’s economy to the brink of collapse, musicians and film-makers found another way to be creative – cooking, baking and selling

You cannot make this shit up.

… the customer, Amber Gilles, is suing the creator of the GoFundMe campaign, Matt Cowan. Allegations in her complaint, filed last week in San Diego Superior Court, include misappropriation of her name and likeness, and invading privacy in a false light.

According to Gilles’ filing, she has lost online referrals as a yoga instructor and suffered “public scorn.” She has also received hate mail and death threats.

Cowan, reached Wednesday, said he is in talks with attorneys. “Personally, I think that this is a baseless lawsuit, and that Amber is seeking to profit off the good deed that I did in arranging the fundraiser for Lenin [Gutierrez, the barista] in June of last year,” he said.

The suit does not specify an amount, but rather seeks compensatory and punitive damages, as well as $750 for each violation of a California code barring use of a person’s likeness for certain uses without consent. Gilles’ attorney Michael Harrington said Thursday that his client is not asking for money from the barista, who is not a party to the suit. Allegations in her San Diego Superior Court suit include misappropriation of her name and likeness, and invading privacy in a false light.