Chinatown is one of L.A.’s trendiest dining destinations. But residents don't 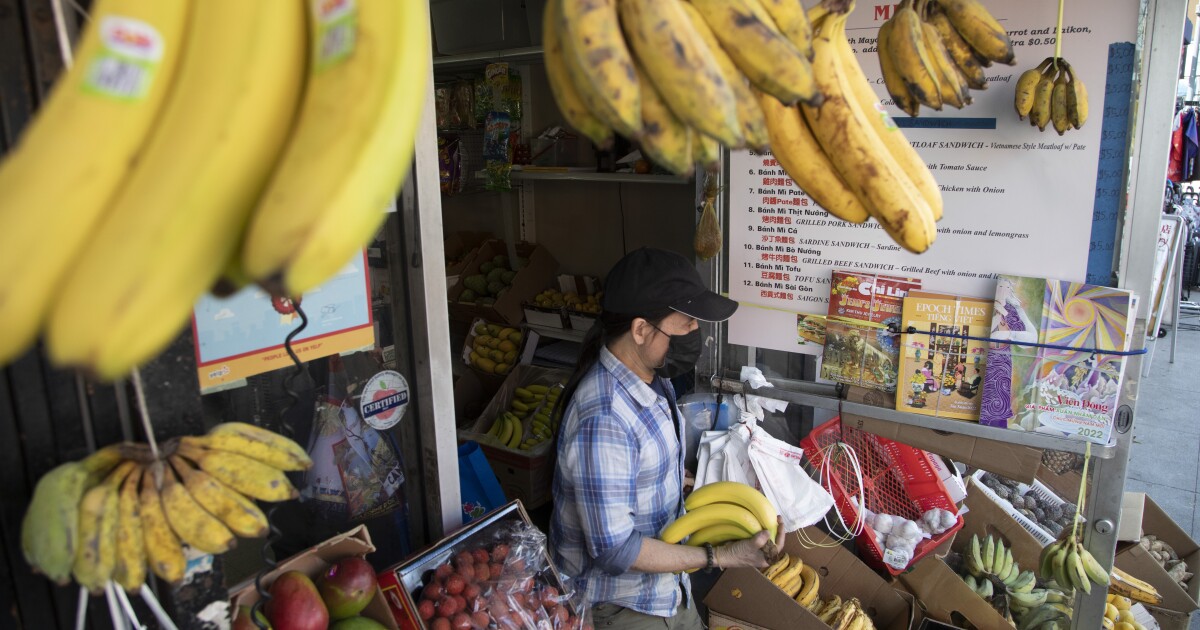 Chinatown is one of L.A.’s trendiest dining destinations. But residents don't...

As Chinatown has become one of L.A.'s trendiest dining destinations, its elderly immigrant residents live in a food desert, struggling to buy groceries easily and affordably.

We lived around Chinatown until recently and shopped at the LAX-C at least a couple times a month. We like it a lot and it has more stuff reasonable for a household than you’d expect (eg, single blocks of tofu, single condiments, etc.) but other things like produce, fish and some meat aren’t really feasible for even for the most avid consumer.

In that article they didn’t thoroughly define the demographic that would benefit from a grocery store in Chinatown (although this has been written about before) but if you’re elderly, only preparing a small amount of food, walking, etc. then the LAX-C probably isn’t a realistic option for everything you’ll need on a daily or weekly basis.

warrior: it’s such a bizarre article. first of all, there are plenty of places to buy vegetables, rice, meats, seafood, etc. in chinatown. i’ve cooked whole meals myself from ingredients purchased in chinatown. second, it is a small area and you wouldn’t expect it to have a grocery store. there’s no grocery store in the arts district either. ralph’s is like 1.5 miles away, and we have public transportation. third, “one of LA’s trendiest dining destinations”? give me a break.

A walk to/back from LAX-C from the senior apartments isn’t too friendly for the elderly. The area around LAX-C is all warehouses with no crosswalks. They would have to jay walk. Its pretty desolate with no foot traffic. It’s kinda close to the Dog Town pj’s. Maybe an occasional homeless person occupying the sidewalk. The sidewalks are also not kept and leveled. I know this because I used to walk from the Gold Line station/Union Station. Most of you have driven around the area for Majordomo. Would you feel comfortable letting grandma/grandpa walking thru that?

SF’s Chinatown has the best access with plenty of places to get fresh veggies/fruits and seafood on Stockton south of Broadway. Unfortunately the housing is mostly single room occupancies.

there are plenty of places to buy vegetables, rice, meats, seafood, etc. in chinatown

They addressed this in the article by mentioning the higher prices and sometimes lower quality. It’s certainly possible to buy groceries in the neighborhood but it’s also true that dedicated stores with the same prices you’d find elsewhere have been going away and not coming back. This is certainly hard(er) on older populations with fixed incomes which is why I think the article could’ve done a better job defining the demographics they feel are underserved.

And the Richmond district! This is absolutely anecdotal but that’s the standard we frequently compared LA’s Chinatown to. My wife’s grandma lived there for many, many years and as an active senior she was able to easily and cheaply buy groceries and and otherwise live well in a way that simply wouldn’t be possible in LA’s Chinatown.

I don’t particularly have a dog in this fight but as someone that lived in Chinatown for years in the same building as our elderly Chinese landlords and could talk to their granddaughter that also lived in the building I can understand why these articles exist. We were completely fine living in the neighborhood but I sympathize with the older folks that have been there for a long time. The changes there frequently seem to be tinged with stagnation and gentrification (although I’m hesitant to use such a broad, loaded word that’s been pointed at folks on this board in a way I think is unfair) and more vulnerable folks can feel the squeeze. Grocery stores are an easily traceable hallmark of these changes in this and other neighborhoods.

Stockton St. in SF’s Chinatown is still a fine place to get quality produce, fish, meat, etc. at very competitive prices, though it’s not what it was before 99 Ranch and Lion opened in the suburbs. In the 70s it was the only places in town I could find ripe peaches.