Talk about an improvement in Hollywood late night eats. Open till 2 am.
You can order to-go from the window or order and eat from inside the bar next door (I think it is called Lift).
The menu on the web page does not include all the food they are serving.
We had some fantastic spicy squid in its own ink, fried chicken in tamarind sauce and a thai beef jerky last night. With cocktails.
Highly Recommended 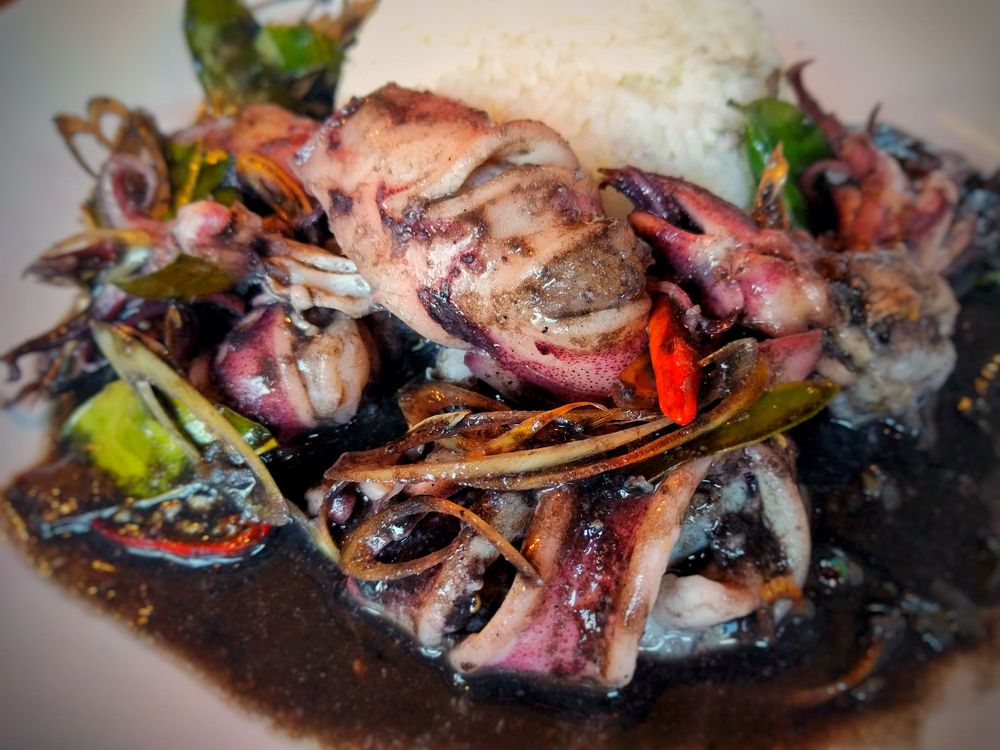 I happen to be going to the bar next door tonight. I saw they also have jade noodles–same ones as Luv2eat?

Cool - glad I posted this afternoon. Enjoy.
We did not have the Jades but I assume they are the same. Same chefsand both were there last night, and I am sure they will be there tonight since it is their new gig.

Well let me ask the next question–have they left Luv2eat?

Oh nice they have pad thai.

Well let me ask the next question–have they left Luv2eat?

Calling the restaurant, “No,” they are still with Luv2Eat and are cooking for Crying Tiger both.

Thanks @CiaoBob. Sounds like a great late night place.

I happen to be going to the bar next door tonight.

It’s worth checking out. The bar it’s connected to is a bit young and douchey, but it’s fun and a great addition to that horrible part of our fine city.

Don’t be annoyed , be amused.

If by chance you’re staying at the Roosevelt, I highly recommend the ice cream sandwich at the Spare Room (the hotel’s cocktail lounge).

The bar is Black Rabbit Rose.

Crunchy rice salad was great, I think just like at Luv2Eat. Ordered spicy and it was. Would have tried another dish but that chicken skin was filling.

There bar was fine, bartenders very friendly, crowd not douchey. The disco in the back room looked to be drawing a different crowd. Earlier in the evening they had a magic show, some nights it’s burlesque.

I failed everyone by not taking pictures. But I did try quite a lot, and it was very good. Note that in speaking to the manager, they have “toned down” the spice if you get it served to you in the bar (as opposed to ordering it straight from the window). However, if you tell them you want it cooked full on spicy, they will.

The food is Thai-Chinese, which is the background of the Luv2Eat chefs. The food is very well executed. We got the crispy rice salad, jade noodles, lemongrass chicken dumplings, squid in its own ink over rice, crab/sausage fried rice, and popcorn shrimp. A thought on each:

Jade noodles: Good, but it’s just duck here rather than the 3 meat version at Luv2Eat. Also, this was more mild than I like it at the restaurant. Noodles were as good as ever.

Crispy rice salad: Nice textures, but not on the level of the NIght + Market version.

Lemongrass dumplings: Tasted like a basic chicken dumpling, but the texture was just right. Quite good, with a nice tangy dipping sauce.

Crab/sausage fried rice: Very good, but not as good as the night + market crab fried rice.

I told the server I order “hot” at Luv2Eat, and the printed receipt said “spice level: spicy” under the crispy rice salad entry.

Loved that squid in squid ink dish as well.
What a great place this is to have in ones pocket after a Pantages or Bowl show.

It is a beacon of light in a nightmarish part of town. I was quite surprised by how well they were pulling off the fusion items. My date ordered popcorn shrimp and it was all I could do not to roll my eyes, but they were seriously awesome.

What are their hours?

I assume 6 PM opening but not really sure