Was driving by this place (former Cafe Rockenwager at the corner of Barrington and Wilshire) on the way home and noticed that there was work going on outside. A Google search shows this: 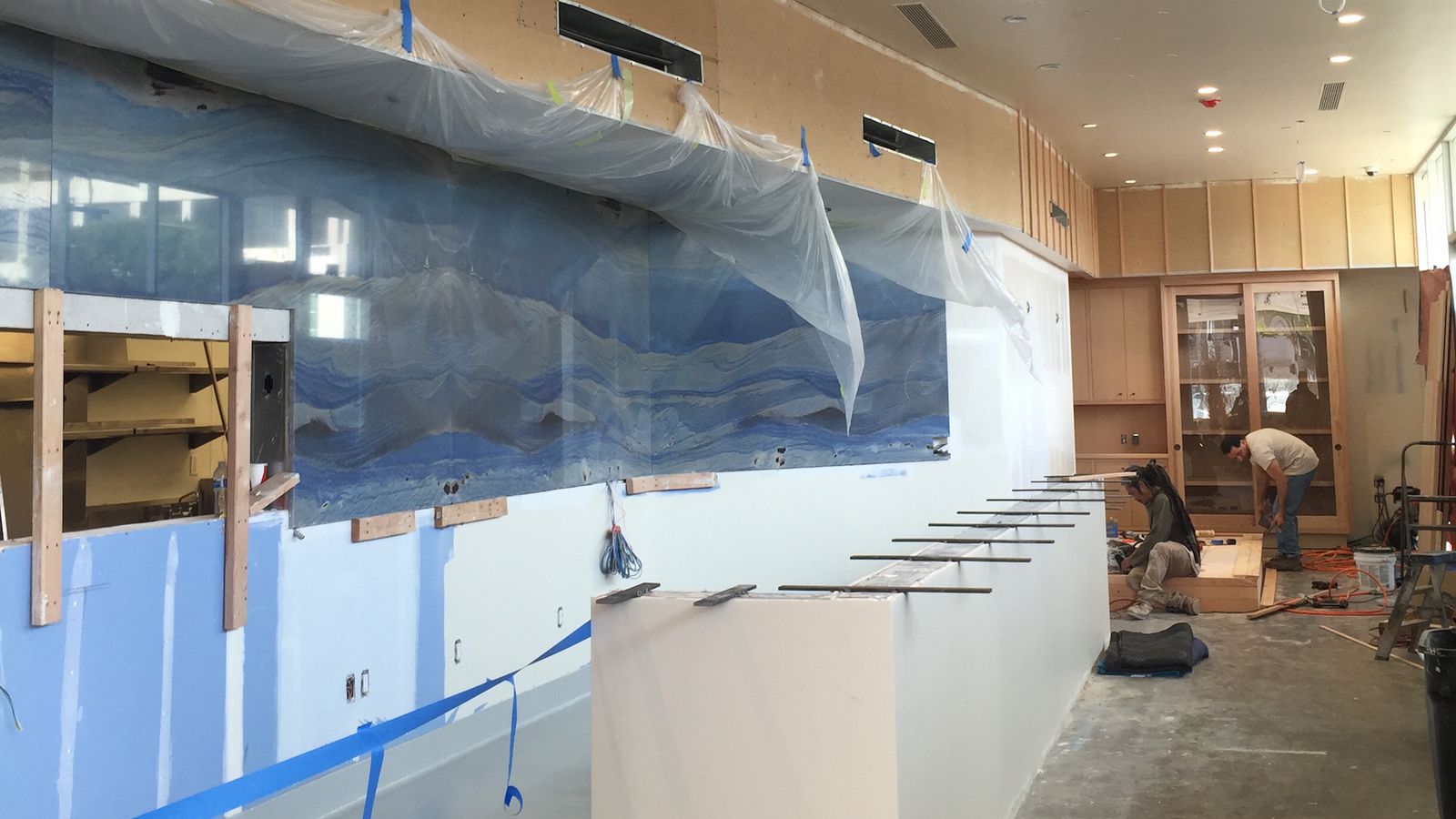 Maradentro will be a welcome Mexican seafood addition to stuffy Brentwood this...

Has anyone been to the Studio City branch? I went to Mercado once for brunch and very much enjoyed it. I’ve never been to Yxta Cocina but vaguely recall reading some positive reviews? I think it’ll be a great addition to the neighborhood…

Has anyone been to the Studio City branch?

Yep. Enjoyed it but wasn’t blown away by anything. Solid mixed drinks, a nice guac, and a tasty fish sandwich they pitch as “the best fish sandwich ever” but that in reality was short of remarkable due to the bread being all wrong for it.

Went last night to the Brentwood branch. They were essentially filled to capacity.

The food is “fine” but not particularly interesting. The crabiqueso was probably the best dish of the night (it’s hard to go through w/ melted cheese). Whatever lump crab had existed had been torn into near microscopic shreds, unfortunately. The shrimp in the tacos were TINY, and the flavor was overwhelmed by pineapple (which were cut into unfortunately large chunks, given the size of the taco). The baja fish tacos were truly disappointing; the batter was quite limp, although the fish itself was fine.

Service was very attentive, bordering on intrusive (which makes sense, I guess, given that they just recently opened). Tables are uncomfortably close on the patio, and traffic noise is very bothersome.

Prices are a little high, but that’s understandable, given the area ($62 for the 3 dishes + 1 beer + 1 soda). D-bag factor among the customers was very, VERY high (and, truth be told, actually kind of did interfere w/ enjoyment of the meal, although the people watching is priceless). I think it might be a decent choice for happy hour, but I can’t see myself going there again (even though it’s only about 1 mi away).

Thanks for taking one for the team. Good report.

BTW, forgot that we were upsold on the black beans and the cilantro lime rice (“Your entrees aren’t served w/ any sides; would you like rice and beans?”).

The black beans were pleasant enough, but the cilantro rice was actually gross. Clumpy and, instead of just having a lime flavor, there was a weird acidity that actually felt “hard” on my tongue (and I love lime). It was very, VERY werid.

Thanks - this is kind of what I was expecting.

To bad. I had a good meal at Yxta once but have never found the rest of the chainlet (including Mercado in Santa Monica) any better than average.

I live nearby so will try it - I am sure - but doubt I will enjoy it more than @paranoidgarliclover.

Too bad. I have an office nearby and stopped by the other day at lunch. The menu was so uninspired I wound up at Subway. And that ain’t no fucking joke.

Yeah, there’s nothing overtly wrong w/ the place… It’s just that there’s nothing particularly interesting about it, either. I think it’d be a great place for a 20-something going on a first date w/ someone who’s not particularly interested or knowlegable about food. The ambiance is hip(ish), there’s a full bar, there’s lots of pretty (but very sullen-looking) other 20-somethings milling about, and the food sounds fancy (and is totally inoffensive) and won’t break the bank.

@CiaoBob: do update this report, if you go! What I assume was the Siete Mares looked very tasty… But I couldn’t help but think that I could go to Gloria’s and probably get something equally tasty (but plated a lot less prettily) for like 1/2 the price.

I’m half thinking of doing a taste test of various places along that strip of Wilshire… Thought about doing it for the Century City mall food court, but it’s too much work and too much $.

Too bad @kevin doesn’t post here anymore. This is his favorite demographic.

Maybe you can get him to do a guest post.

This is his favorite demographic.

Yea…I have to agree. I was really anxious to try the Studio City restaurant…but found almost all of the dishes VERY spicy. And that’s fine…but there should be more alternatives for people who can’t handle all that heat. Also agree the guac and drinks were good…but I doubt I’ll go back.