Sardines - Why Aren't they on Local Menus?

@Porthos The legacy of Porthos extends to the end of the earth.

I love sardines. With all the claims about over fishing and mercury and lead content, I’m wondering why sardines aren’t making it onto local menus. Sardine toast is obvious.

Are there any restaurants that offer sardines?

Hamasaku serves iwashi as part of its omakase.

Cafe Angelino puts just the right amount of sardine on their Caesar salad (to great effect, I might add).

It might be an anchovy that they put in the Caesar salad.

Its a thing in Spain, but not a lot of people here are going to go to a restaurant to order seafood like sardines that comes in a tin.

There’s also the local sardines catch off the West Coast, but that catch has crashed hard- the sardine population is about 10% of what it was ten years ago.

It doesn’t make a lot of sense to me why people would want to eat sardines because of concerns about over fishing other fishes when the sardines are being over fished too.

The “sardines” at Kinjiro are kibinago or silver striped herring.

Dinner at Kinjiro - Review with pics

A side comment: the menu lists the sardines as "kibinago sardines tempura" when I looked at the menu picture on my phone just now. It is actually not sardines, but technically silver stripe herring (in defining English proper name for kibinago キビナゴ【黍魚子/吉備女子/吉備奈子】 ) More commonly seen in sushi restaurants in trios wrapped diagonal to the rice pad, often served with vinegared miso sauce. But I'm sure deep fried this shit good is with a sexcellent JP beer…

Its a thing in Spain

All over the Mediterranean, actually.

Its a thing in Spain

All over the Mediterranean, actually.

Sardine fishing has been banned in California: 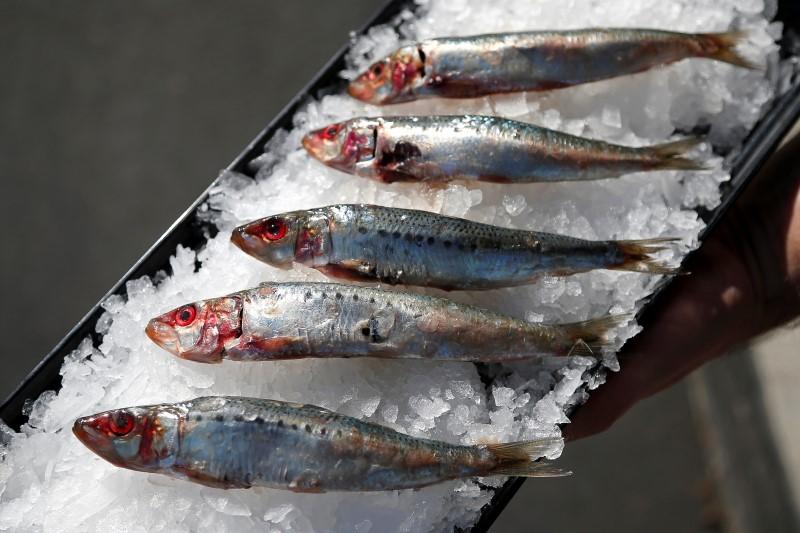 Federal fishery managers have banned nearly all sardine fishing off the U.S. West Coast for the second straight year in a move hailed by conservation groups as key to protecting decimated California sea lion herds.

All the claims about overfishing are bullshit propagated by anti-consumptivists – not true environmentalists. People who simply take issue with humans killing other animals for food.

Think about it – if they were honest about their true motive and rationale, they’d be trying to convince lawmakers to restrict/ban fishing because “it’s wrong to kill fish.” That’s not going to get a lot of takers.

But if they can trick everyone into thinking the oceans are barren and the future is iffy at best – all the politicians who want the “environmentalist” merit badge and innocent, unknowing voters will jump on board.

Real environmentalists are people who have a passion for the wild and are out there every day. These people feeding you these gloom and doom stories aren’t environmentalists, they just want to trick you into helping them take away the rights of fishermen and hunters. You can almost hear the glee in their voice as they talk about how there’ll be no fish left in fifty years… Pfft. Some “environmentalists.”

So now that we’re clear about that, I’ve had hundreds of chances to take home all the fresh sardines I could ever want and for whatever reason I never have. I know they’re very popular elsewhere, but for my palate, they’re just not desirable to me. I suspect most people feel that way, and it’s just hard to sell them. Plus, they’re pretty bony, so I imagine the processing is expensive.

yeah, we talk about y’all at the meetings, ted, when we’re not busy controlling the media.

Who’s this shadowy “they” of whom you speak?

Nobody. Historically it might have been boom and bust, but the last ten years look like heading for extinction. 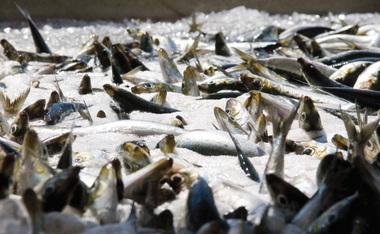 The Pacific Fishery Management Council on Sunday closed the sardine fishery off Oregon, California and Washington following the second straight year of sardine population estimates that fall below the minimum abundance required to allow fishing.

Anti-consuptivists. I didn’t think I was being shadowy?

Robert, they’re not heading for extinction, that’s just the Oregon news outlet trying to sell papers to Oregonians who eat that stuff up.

They are a boom and bust species, this isn’t the first time in the last hundred years they’ve been “poised for extinction” and just like the other times, it comes on the heels of a massive El Nino and switching of the PDO. This bust was predicted for a long time. I don’t ever trust estimates of how many 6" fish are left in the entire Pacific ocean, but even if their 65,000 metric tons estimate is right, that’s 573 MILLION fish. For a resilient species with a population doubling time of about 2 years, that’s a solid breeding stock.

The fishing cutbacks aren’t because there aren’t enough fish left – it’s because you don’t want to kick them when they’re down due to the natural boom and bust cycles. In the early to mid 20th century, they made that mistake and kept fishing them very hard until they couldn’t catch anymore, and actually did threaten the species. Ten years later, there were plenty of sardines again.

Simply put, they’re not overfished, this collapse isn’t caused by or even contributed to by overfishing, and when they inevitably bounce back they’ll continue to be commercially exploited as every natural resource should be.

BTW if you do the math from that article, even though sardines have dropped (assuming the numbers they provide are accurate) by 90% just since 2007, had they only dropped by 75%, we’d not only be unconcerned, but we’d still be fishing for them. Saying we can’t fish them this year isn’t saying that they’re doomed and we’re screwed. That’s what those shadowy-anticonsumptivists will spin it as, however

I’ve never heard of that term. Is it an organization or a description? I am unclear as to what or whom you are referring when you keep repeating “they” do this or that. Do you have any specifics?

Natural crashes are exacerbated when fishing ramps up, study warns

Your conspiracy theory is fact-free nonsense.