Looks like LA’s strength in Japanese cuisine keeps getting stronger. 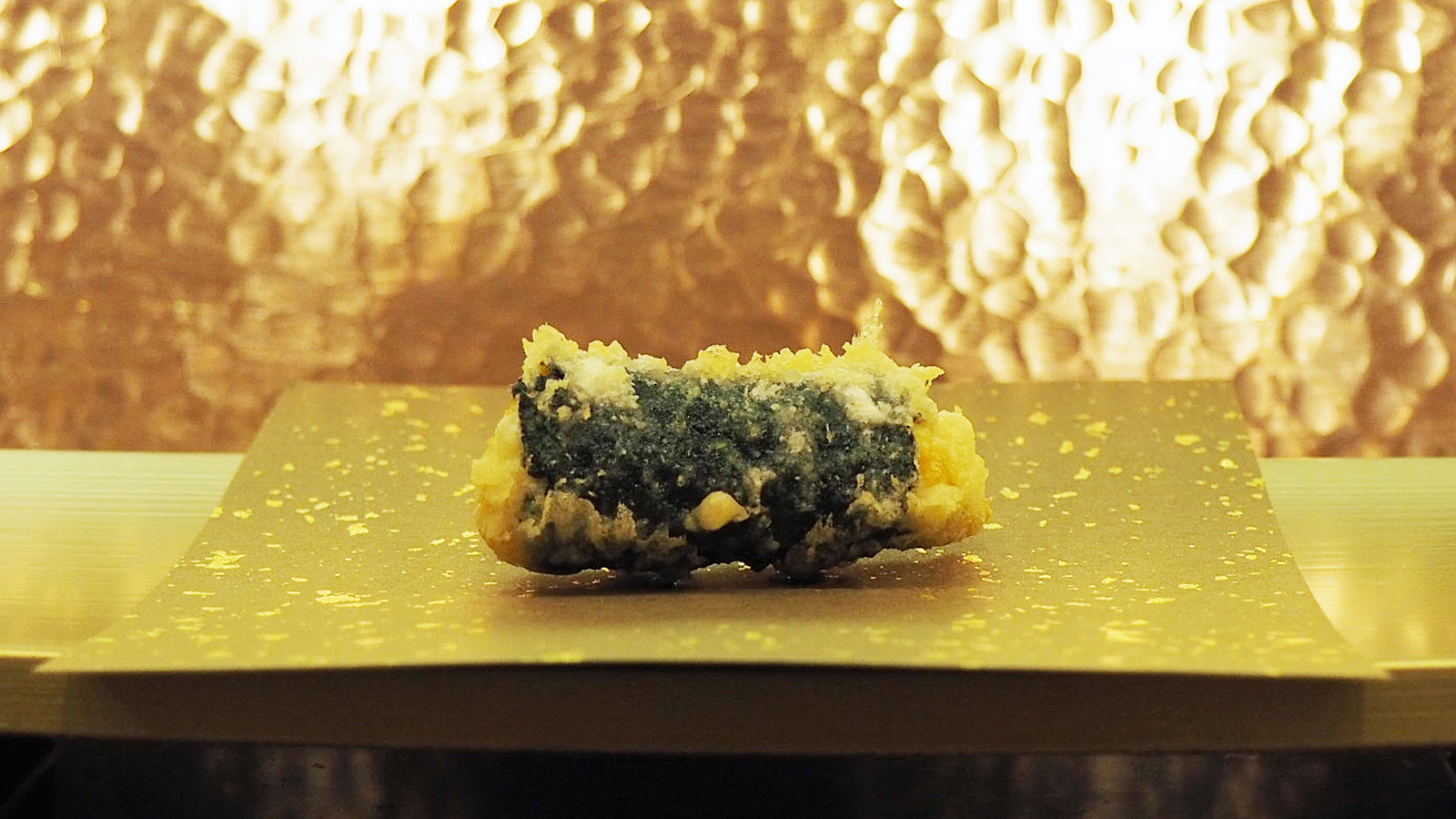 At Tempura Endo, you'll get an all-tempura menu -- and a tea ceremony

If your idea of tempura involves lukewarm, slightly limp fried clumps in the corner of a sushi lunch special bento box, consider this your tempura wake-up call.

Who’s going to be first to report back?

There are three tasting menus that include multiple courses of tempura with sashimi, and various salads. The $180 menu comes with about nine courses of tempura, the $230 menu includes 11 and the $280 menu around 13. (The number of courses can change depending on product availability.)

Not me. This is fake American Japanese. I’ve eaten at dozens of high-end tempura restaurants in Japan, including at least ten with Michelin stars and one with three stars. Not one served a variety of salts. (That’s probably the worst gimmick of all, because the whole point of tempura is to savor the base ingredient. Invariably, chefs instruct to use plain sea salt with most items. No respectable chef is going to give you a tray of pungent salts and tell you to have at it. Some low-end restaurants do have curry salt or green tea salt.). Not one had Kobe beef tempura. (In fact, not one had any meat at all except seafood.). Not one used truffles, which are exceedingly rare in Japanese cuisine. A matcha tea ceremony performed by a woman in a kimono? That’s never happened either. California chardonnay in the batter? None of this is real Japanese. Forgive me for being a sneering snob but I don’t like how Americans turn Japanese cuisine into circus food.

Except for this place in Kyoto, which has salt…

Unless you’re trying to say this Japanese restaurant is serving fake ass American Japanese in Japan.

@Alkiegourmand I like your Japanese pride and enthusiasm for Japanese cuisine. Heck, I’m not Japanese but I think it might be my favorite cuisine also.

If you consider the philosophy that a top Japanese chef is going to use what is local, seasonal, and the freshest, perhaps fusing California ingredients isn’t actually a bastardization but actually maintaining a traditional philosophy. You have to think that a chef like Mori growing his own blend of rice in Central Valley instead of using rice from Niigata is in a sense a pioneering traditionalist and very admirable.

I bet you’ll find traditional chefs in Japan using non traditional ingredients like foie or Santa Barbara uni or Spanish bluefin. You wouldn’t criticize them for bastardizing the cuisine. In the modern and global stage many Japnese chefs like French, Italian, Spanish, and even American wine or ingredients just as many French, Italian, Spanish, and American chefs like Japanese ingredients. And vice versa. Some of the top restaurants in France, Italy, Spain and US include Japanese ingredients and technique. And vice versa.

A chef can try to recreate Japan in the US (which as you’ve noted may be impossible) or a chef can stay true to the traditional philosophy and incorporate the local ingredients. Like an artist, creating one’s own masterpiece vs merely copying a previous masterpiece the former is simultaneously more difficult and requiring more skill.

Well, the foreign tourist menus might tip one off to that… There is a similar crappy, expensive tourist restaurant in Tokyo called Ten Ichi. But even that restaurant only serves regular salt as a matter of course, though it has curry salt available on the counter.

Japanese chefs are devoted to Japanese ingredients, I’ve never had Santa Barbara uni in a restaurant in Japan; that would actually be quite shocking. The overwhelming majority of the fish are Japanese.

I’m not saying this is a good thing or a bad thing, but it is a real and unmistakable thing, and it’s what makes Japan so unique and special.

Here is a top Japanese restaurant in Tokyo using olive, chocolate, and offering soufflé on the menu. None of which are Japanese ingredients. 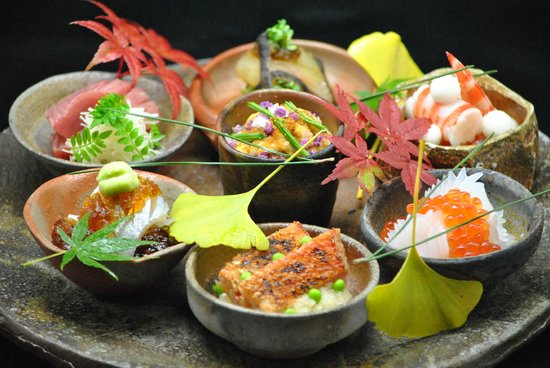 So you found one restaurant. It’s a highly unusual restaurant. Soufflé is not really that odd, but chocolate and olive certainly are. I’ve never been to a Japanese restaurant in Japan that used either of those ingredients, to my recollection.

I’ll bet you dinner there it’s not the only one.

I’ve never been to a Japanese restaurant in Japan that used either of those ingredients, to my recollection.

What does that amount to, .0000001% of all the japanese restaurants in Japan?

Except for this place in Kyoto, which has salt…

it amounts to 1 minute of google-fu. surely we can extrapolate that there will be > 1 tempura restaurant in japan serving salt.

I wish this was spam-monitored.

Oh, dear. I’m sure the tempura will be exceptional, but, at those prices, I think I’ll be driving to i-Naba if I have a hankering for good (but affordable) tempura…

$180 as the cheapest tasting menu… wtf, my guess is that this will place will shutter within a year.

I guess fake bastardized American Japanese is permeating the homeland

I agree somewhat that Japanese restaurants are insular, but there just aren’t enough Japanese caught, grown, raised ingredients to feed that entire country.

Have you been to a Japanese supermarket recently? They carry products from all over the world, including the US.

And some Japanese restaurants openly use imported products, like Butagumi, which is the best Tonkatsu restaurant I’ve been to. The pork menu almost always includes Iberico.

Apparently, according to an American.