Vespertine - The Gaffe of Kahn

I was very skeptical going in based on the reviews but i wanted to keep an open mind. I wanted to like it not only because it was not cheap but also for the sake of LA’s fine dining scene.

First the positives. Chef Kahn was genuinely humble and sincere when he greeted us before dinner.

The architecture and presentation were otherworldly, it really did feel like you were dining on the Starship Enterprise, which is kinda cool if you’re into that kind of thing.

Now the not so good.

When I read there would be a soundtrack I wasn’t anticipating one track that consisted of three droning notes being played in an endless loop for the duration of the 4+ hour meal.

The acrylic tables were arranged with the four-tops in the middle surrounded by the crescent shaped two-top booths facing inward. I imagine the people sitting in the middle feeling like the floating ghost head in the haunted mansion ride when all the doom buggies are circling around it.
Even the table edges were too sharp making it very uncomfortable to rest your forearm on the table while eating.

Service was solemn and somber, with the servers looking like androgynous characters straight out of the matrix.

And most importantly, the food tasted terrible and was mainly dominated by bitter, tart, raw vegetal, and medicinal flavors. There wasn’t one dish out of the 20 courses that I would ever order or eat again. There was also a surprising lack of fat and protein which combined with the soundtrack left me feeling empty physically, emotionally, and financially by the end of the meal.

Some of the more notable dishes of the night:

A twig of samphire succulent, sticking out of a black brick. huh? Is this the centerpiece? am i supposed to eat this or take it home and plant it? I reluctantly ate it and it tasted like i was eating fibrous astroturf. Since photos are not allowed here is my courtroom sketch of the dish:

Next there was some sort of onion and black currant cookie that tasted like a less flavorful, drier GNC protein bar.

The hirame dish had a weird spongy texture and made a disconcerting squishy noise when trying to cut into it.

The endive dish was the worst tasting thing i’ve ever put into my mouth. It was so bitter and medicinal tasting it was inedible. I wish I could have captured the reactions from the other tables after eating this, it was quite entertaining.

Many dishes used some kind of dehydrated food formed into sharp plastic shapes for visual effect. It had no discernible taste and seemed to only serve the purpose of poking the inside of your mouth, melting and then getting stuck in your teeth.

The main protein of the meal was turkey and unfortunately it was dry and the skin was soggy.

Combining the soundtrack, service, and food just made for a depressing dining experience. If you’re looking for food that “is from a time that is yet to be, and a place that does not exist”, friendly professional service, and taste to match, you don’t need to board a spaceship, just get on a plane, fly to Chicago and dine at Alinea.

P.S. I can confirm the building does not have its own gravity. the endive that i spat out did indeed accelerate back into the bowl at 9.8 m/s² 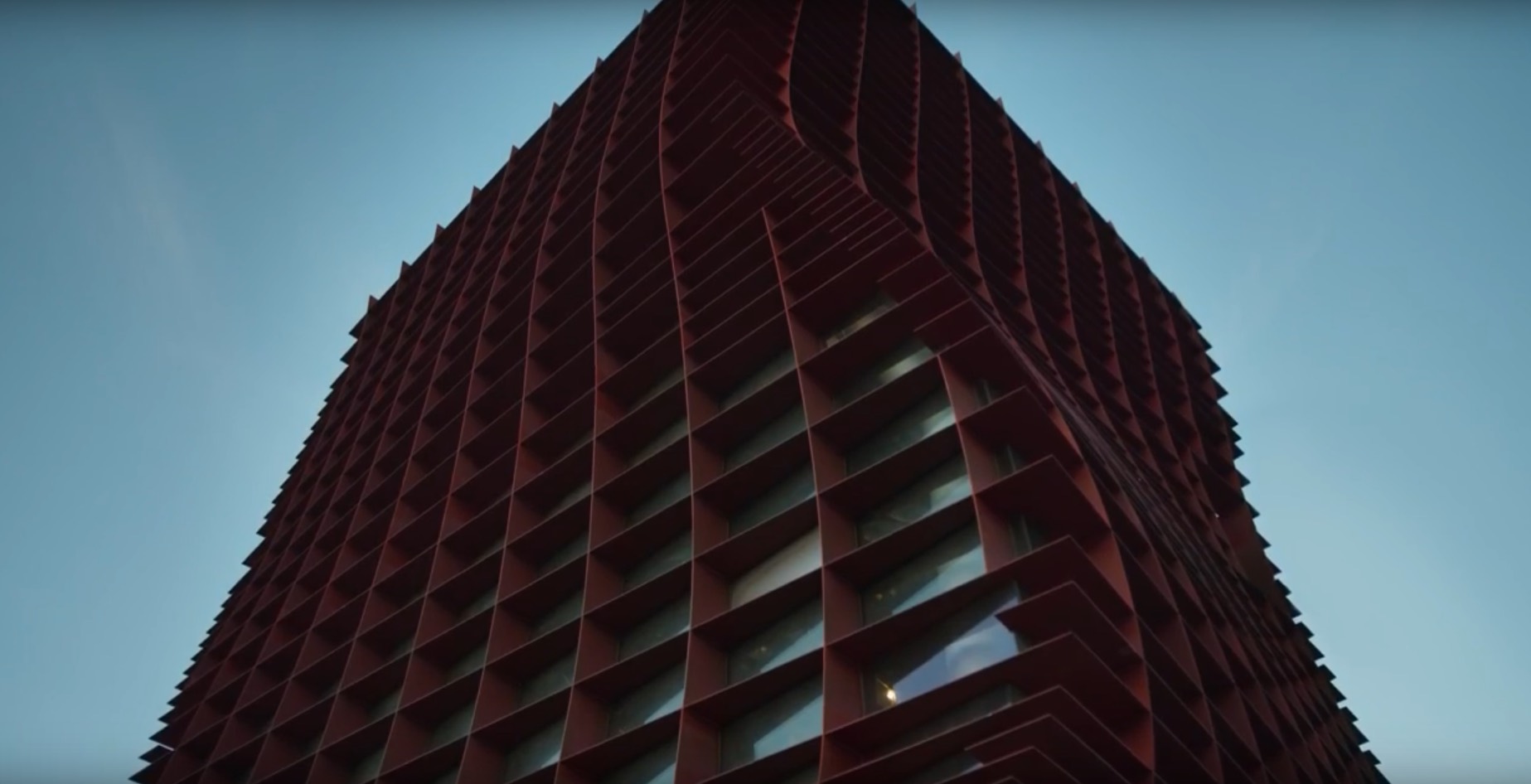 Vespertine is a gastronomical experience seeking to disrupt the course of the modern restaurant. Reservations now available.

Well as FTC sayings go, thanks for taking one for the team. Enjoyed the courtroom sketch.

Pete Wells, is that you?

Why to some restaurateurs feel like assaulting their diners’ ears adds to the experience? I want to be able to relax and enjoy the conversation, not suffer through a bad soundtrack or lean into my dining companion’s mouth just so I can hear what they say. As Magnus Nilsson said, " I’d have an amazing well-made hot dog served really well by a nice person any day over a poorly executed tasting menu served by a [not-so-nice person]."

Matt, when are you going?

Thanks for the thoughtful review of this place. You are one of our most respected FTC’ers and I trust your tastes.

Thanks for saving me money (not like we really wanted to go here, though).

+1 on the brilliance of the sketch. Maybe that should be a dish of the month… (sketched food)

And turkey being the main protein?

Well, at least it was a memorable experience?

Maybe it’s just me but the picture of the hirame looks just like a molcajete.

Maybe it’s just me but the picture of the hirame looks just like a molcajete.

Not just you: that was my first thought, too (but I couldn’t recall the proper name).

What? No toilet seat cover and the meal lasted more than 4 hours? My wife will never go.

What? No toilet seat cover and the meal lasted more than 4 hours? My wife will never go.

She can just build a little nest from toilet paper!

the Toto looks like the best / most comfortable seat in the house.

I won’t even serve turkey for thanksgiving, I dislike it so. I would have been pretty pissed having it as my main protein.

This entire review, courtroom sketch and all, is a gift. Thank you for this.

I dislike it so.

Normally I do, too. However, went to Thanksgiving (I think) dinner once at Melisse, and their turkey was spectacular. So it can be done well. But, at Vespertine’s price point, I would be disappointed if that were only protein.

Will be interesting to see other posters fare!

Glad to hear the chef was pleasant, though.

I can imagine someone would be humble if he was about to subject you to whatever the word for that is.

whatever the word for that is

The word, I believe, is “Vespertine.”