Black food is American food. Chef and writer Stephen Satterfield traces the delicious, moving throughlines from Africa to Texas in this docuseries.

I found the first episode very disappointing. Lots of fascinating food, virtually no information about it. The episode raised very interesting questions and instead of answering them got a lot about the host’s feelings about other things. Did he say anything about any of the food other than “delicious”? How did the meal of “pre-slavery” dishes include tomato, corn, and chiles? What was the crunchy thing with fish in it?

Addison says Satterfield is “brilliant at describing dishes,” so that gives me hope that the remaining episodes will be better. 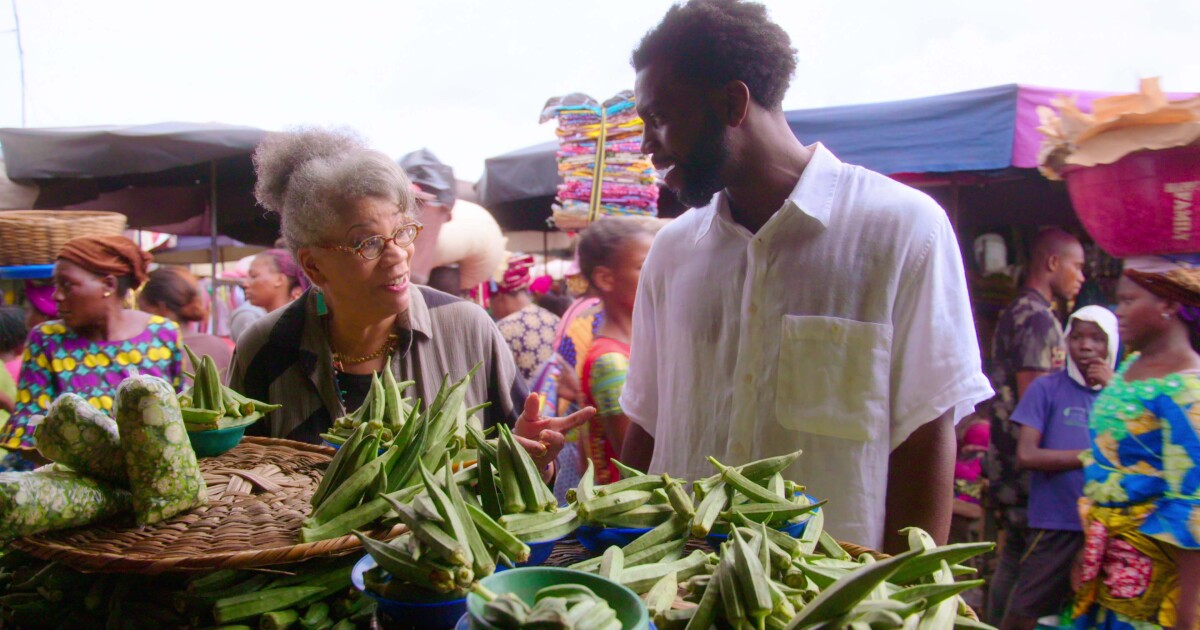 Netflix's ‘High on the Hog’ reveals how Black cooking is the bedrock of...

The Secrets of BBQ, With Rodney Scott and Lolis Elie

Rodney Scott’s on Netflix, too.

The Emmy-nominated series delves into the juicy, smoky world of barbecue, visiting acclaimed chefs and pitmasters in the US, Australia and Mexico.

I watched the first 2 episodes last night, trying to get to the last 2 tonight.

I agree with you about the lack of descriptive food narrative on the dishes that were served/presented, especially the feast at the end. And, yeah, it seemed that all he could say was “oh, wow, delicious”. That was the first time I had seen true yam and I would have liked to have seen how it was processed and served. We got none of that.

BUT, I also found the first episode compelling for other reasons. What it was lacking in appropriate food commentary, it made up for in social commentary. I cannot imagine being a Black American and returning to the country your ancestors came from, walking a road they as captives walked to enslavement in a totally foreign country. Remember, this limited series was a totally Black endeavor, everyone on the crew was Black, directors, show runners, lighting, writers, costumes and make-up, etc. I’d be willing to bet the social component is what they’d like the viewer to take-away, not the food, which, frankly, looked pretty much the same from shot to shot and with little to no description as to what it was and why it was important, the food felt like a secondary component to the episode. This is a Black production showing the story from their perspective, not a production showing the Black perspective as filtered through white eyes.

Episode 2 does focus a little more on food, but I still found the food commentary lacking. This episode lacked the social commentary as well, altho’ there was some, but it still madde some interesting points about the way food-related information, techniques, recipes and lore are passed from generation to generation. Interesting focus on the Gullah of South Carolina’s Low Country. I’ve heard of it but being so far removed from that tradition, I would have like to have learned more about it.

And in the interest of full disclosure, I have met Dr. Jessica B Harris several times at food related conferences. She is a very good speaker. It was nice to hear her voice again. She’s also quite knowledgable about the Black impact on the food of Brazil.

To me, after 2 episodes, this series seems more like an academic pursuit rather than food media, such as Taco Chronicles. I do, however, find it an interesting watch as it presents a different point of view, even if it is doing nothing more than simply scratching the surface.

Your mileage may vary

The first episode didn’t seem academic to me at all. More like autobiography. Bait and switch.

Though maybe true to the book. From the NY Times’ review:

Too often, food takes a back seat to the larger narrative of slavery, emancipation and the Great Migration. Prominent culinary figures, whose stories beg to be told in more detail, are shoved aside to make room for W. E. B. Du Bois, Booker T. Washington and John H. Johnson, founder of the Johnson Publishing Company.

That means short shrift for Lena Richard, a New Orleans cook, caterer and writer who began cooking on her own television program in 1947, many years before Julia Child revolutionized American tastes on “The French Chef.” With Richard, Harris has struck gold. Inexplicably, she doesn’t give the name of the program or describe it in any way.

How Africa put its stamp on America’s food traditions.

I watched all episodes. It was beautiful.

Being of African-Creole descent and watching the horrors of the Black experience thru the lens of the nightly news, this series was a vacation for my soul, a mini jubilee.

We should not ignore the struggles that still exist. But we don’t celebrate the African-American experience enough - the resilience, accomplishments, ingenuity, culture, art and yes food - attributes that have contributed to every aspect of American life, and things rarely learned in a classroom.

I love history and found the stories interesting, especially stories like the piece about Washington & Thomas Jefferson’s slave chefs, Hercules and James Hemings (Jefferson’s French trained chef and uncle to at least 5 of his children), the story of the oyster trade, etc.

I did notice host, Stephen Satterfield’s, “oh, wow, delicious”. But mostly saw it as politeness. His sweet, quiet, almost selfless demeanor was a refreshing departure from most food show hosts. He was an observer who let his guests share their experiences.

About the food - as the series progressed the dishes from African roots to the modern refinement of today’s young African-American chefs was incredibly satisfying and drool-worthy to me.

His sweet, quiet, almost selfless demeanor was a refreshing departure from most food show hosts.

It was certainly a departure, but it often left the first episode without a host. Surely Hazoumè put out that fascinating spread in large measure for the benefit of the show’s viewers, and Satterfield’s abdication of the host role left us in the dark.

It was certainly a departure