Kavkaz Armenian from USSR in Hollywood

Many years ago I was told by a Russian immigrant that many Russians initially live in West Hollywood, then they move to Canoga Park. I’m not sure if this is truly the case, but I’ve certainly noticed a lot of Russian stores in West Hollywood, and many Russians living in Hollywood itself. I’m surprised there aren’t more Russian restaurants in Hollywood. Anyway, Kavkaz is Russian, with Russian soap operas on the TV, Papa in the back with his friends tending the grill and Mama in the kitchen cooking and preparing the non-meat parts of the dishes. There’s not much English going on, and communication, while friendly, is not a fluid exercise. Thankfully the menu has pictures. Service, too, is gracious, but not exactly what one would expect at a typical American restaurant. If you’re not in a hurry you’ll do just fine.

One thing I like about traditional Russian food is the spicing: Salt and Pepper. That’s it. Often simplicity is exactly the right touch. First up: Hinkali. Fresh dough, stuffed with ground beef and topped with… wait for it… salt and pepper. They were a great way to start the meal.

After a while, out came a platter with grilled lamb kebabs, potatoes and salad. The lamb was tender and had a distinct lamb flavor without a bunch of spicing. The potatoes were a perfect accompaniment, as was the fresh salad which added a nice crunch and vinegar tang.

When the check came, I was a little surprised that the two dumplings, lamb kebab and a diet Coke was $34. The dumplings were $2.50 each, and I was expecting a bill of about $20-$25. In retrospect, though, I got two complete meals out of this, as I could only eat about half the lamb dish. So in fairness, I think it was a reasonable price, despite my initial shock.

The best part of this place is that it’s so different. For sure I’ll be back. I think next time I’ll get a couple of kebabs to go and stop by Jon’s Market for some pita and hummus. Dinner for four.

Kavkaz (Caucasus) is not Russian. It’s Armenian from Armenia (which was part of USSR). Maybe add a clarifier. All the shops in that plaza are Armenian in fact. But they all speak Armenian and Russian and will usually have some Russian cross-over dishes as well. But this spot specifically is a shish kabab house.

This is my people food. You can ask me anything you want.

Kavkaz is not Russian. It’s Armenian from Armenia (which was part of USSR).

All good, very glad you went and tried it. The places often don’t feel welcoming to non speakers. 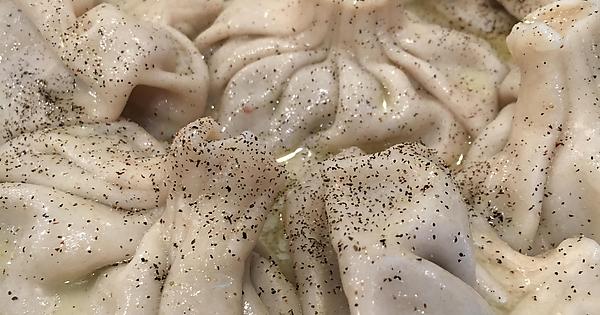 One thing I like about traditional Russian food is the spicing: Salt and Pepper. That’s it. Often simplicity is exactly the right touch. First up: Hinkali. Fresh dough, stuffed with ground beef and topped with… wait for it… salt and pepper. They were a great way to start the meal.

Don’t mean to nitpick, but don’t you mean Khinkali?

Thanks for the report.

it’s a phonetic spelling I could do several versions but yea most of the time it’s Khinkali. We say Khingali

This thread pleases me so much, OP. I wish I could take several of you to a field trip at an Armenian spot and we’d chug some beverages and do the normal spread

Okay, don’t shoot me for this but… the few Armenians I know (of the “older” generation) also speak Farsi or Russian. I assumed that, given it’s geographic location, the food in Armenia would have strong Persian and/or Russian influences.

Is that actually the case? Are there dishes that are specific to Armenia cuisine that you don’t find in Persian or Russian cuisine? And, if so, Is Kavkaz a good place to find it?

Armenians like Jews live in many places. So there is a lot of intermixing of cultures.

There’s Armenian Lebanese, Armenian Syrian, Armenian Persian (loads of us in Iran), and there’s actual Armenian Armenian which has been aligned with Russia for a century so it shares more with Russian than with Iran. For example, I never had any hummus, or tabouli or pita until I moved to USA. Yes we speak Russian.

Kavkaz is a straight up shish kabob place and since they cook with charcoal and have fresh meat i’d recommend them for that purpose. We don’t have the same thick culture of restaurants that Persian have here so you don’t have the selection of places to go and things to try. Usually our restaurants are either quick kabab style places or sit down, banquet style, all night, loads of drinking and courses. Not many where you just go in and order off the menu. Many of those are by Persian Armenians or Lebanese.

Yes there are unique dishes like Khash for example but I don’t know many who are adventurous enough for it.

this place seems like the closest I can find to what we eat. http://oldvillrestaurant.com/menu.php

some of the best stuff is at Golden Fork 2 on Vanowen… the album above is from there.

can’t ever seem to find any armenians who speak russian in my hood; however,
i think this is my failing.

very troubled to hear about nemroz’s disappointment with adana in glendale on another thread.
i had thought of that place as armenian/persian, but i guess it’s persian.
anyway, i thought it was pretty darn good. again, i may be an ignoramus.

Adana It’s basically fine. Has some good interesting dishes. What bothers me is that they’re doing the Persian food for Western crowd thing, which includes portion/ prices, attempts at fancy presentation. There are amazing Persian places in LA that blow it away. A koobideh plate is like 15$. it’s fine and all just crappy qpr. i’d definitely recommend their lentil soup, beef spinach stew, fattoush salad (dressing is wack though), eggplant garlic yogurt fried onion dish

for example this is their falafel plate

i don’t recall getting any fancy presentations at adana, and the food seemed
reasonably priced for what you got and the quality.
good appetizers, thought the kebabs were very good. excellent sour cherry rice.
perhaps they’ve changed since the last time i was there.

I remember Kavkaz used to be called Golden Fork.

This is my people food. You can ask me anything you want.

@Nemroz Thank you for your knowledge !!!

I’ve been wondering about all the Armenian bakeries on Hollywood Blvd. I go to Taron on Sunday and get Lahmajune, but can you help me figure out the other bakeries, and what to order?

This probably warrants another post and I’ll be looking for any help you can provide.

Weren’t there some posters here who had eaten a goat head at some place in LA?

Taron is great but I’ve only been to the valley location (which makes no sense since I live closer to Hollywood). I always get the lamajune and try to get the triangle cheese boreks with various fillings.

For sweets Van is around there with various inexpensive goodies, just go and point.

I like Tbilisi N Yerevan on Santa Monica a lot for the savory things, pies (meat, potato, cabbage), various khachapuri, bureks, … their lamb pies called Samsa (uzbek) are unreal… something called jangelov haats you’ll see on the counter that looks like a flat football and you may see it as lavash stuffed with something. It’s heavenly, a thin dough stuffed with a tangy mixture of greens and herbs, no oil is used.

I’m sure. Doubt it was at an Armenian place though. Sheep maybe but even I’ve never seen it.

Khash is a broth from pig/cow feet. Has to be eaten early in cold days with loads of garlic and lavash tossed in… also it has to be with loads of vodka or it’s not the real thing… then we nap. it’s a big winter tradition

Partamian’s on Adam’s, Now also called F&J Bakery, The Best Lahmajune, Old Sasoon Bakery in Pasadena, none of the other Sasoon’s, good lahmajune, and other baked goods. Down the street is Garo’s Basturma, I drive from Silverlake just to go to these 2 places. Very old school, VERY GOOD!

Are you kidding me right now!?! I’ve driven by it two dozen times to go to Anaya? Wow. Thanks

none of the other Sasoon’s

Now I know! Thanks!