Which one(s) is owned by Anna Tang and others? Which location sells the XLB in bulk?

I have eaten at all three, they all tasty the same and have the same XLB, at least I cannot detect any difference, FWIW.

I do know the E Garvey location sells like in bulk, and the Rowland Heights location had them about 2 weeks ago, cash only for the dumplings for some reason.

Has anybody checked out Dim Sum World? They got a few words in Eater about how similar it was to Dean Sin World after it closed. I don’t know about Anna Tang but LA Weekly said the owner of Dean Sin World was the mother (and dumpling supplier) for Mama Lu’s owner a while back.

I don’t mean to derail the thread, we just always preferred Dean Sin World dumplings to Mama Lu’s so if they’re still available…

Always wondered about the “derivation” of the name Dean Sin World.
I assumed its some bastardized pinyin but from what words/characters?

There’s more beyond what they talk about in the article?! That was already pretty above my head

oops - I did not read the article. That explains it…kind of…

Has anybody checked out Dim Sum World?

I know this is almost a year later, but yes! I have!!

long story short: I used to live in L.A. picked up from Dean Sin World a number of times. Was always VERY happy. Moved away a few years ago but try and get back when I can.

On one of my trips back, I found Dim Sum World and grabbed a couple of bags of pork XLB to bring home (in a cooler, w/ ice packs, of course)

While they are still generally tasty and the skins are still nicely thin (not quite Din Tai Fung thin, but close), they don’t taste quite the same to me. There’s an overly sweet edge to the flavor that makes them… cloying? is maybe as close to the right word as I can find. They’re perfectly edible, but where with Dean Sin World’s xlb (or Din Tai Fung’s) I could happily scarf down 8 or 10 of the things, with these, I’m not nearly as enthusiastic, and beg off after a half dozen. These either have too much of some sort of sweetener in them or are lacking a suffienient salt/umami punch that would normally cut through that.

tldr- I don’t think Dim Sum World’s xlb are quite as good as the old Dean Sin World’s. But it’s less critical for me now that a few places here in Sacramento are serving them.

Thanks for the reply! We’ve also been twice or so in the past eight months and I totally agree. Definitely not related to Dean Sin World (which was unlikely based on the menu, anyway) and acceptable but not remarkable food with some oddities like the sweetness in some of the dumplings.

cash only for the dumplings for some reason

helps facilitate tax fraud - not that they didn’t get caught anyway. they settled just a couple of weeks ago.

Thanks for the reply! We’ve also been twice or so in the past eight months and I totally agree. Definitely not related to Dean Sin World (which was unlikely based on the menu, anyway) and acceptable but not remarkable food with some oddities like the sweetness in some of the dumplings.

There were reports that Dim Sum World was directly related to Dean Sin World, and I was told as much by someone at the restaurant who claimed they were connected to the Lu family, but I wasn’t able to verify. It seemed somewhat dubious, so I tried to write ambiguously (but probably not successfully so

,) and focused more on the similarities at the time. Aside from the pho and lamb, the Dim Sum World menu was quite similar when it first opened, especially having crab shell pastries, which seemed solely available at Dean Sin World. I truly miss Dean Sin World and Mrs. Lu, who was a real sweetheart.

Well frozen dumplings are a different animal under the sales tax law. Sales tax is levied on prepared foods like hot restaurant food but not on unprepared food like canned beans at the supermarket. This creates anomalies like if you go to a convenience store and buy a cold burrito and heat it yourself in a store microwave there’s no sales tax. But if they put it in the microwave on the other side of the counter and give it to you hot it’s subject to sales tax. So I can see a restaurant selling hot meals and frozen dumplings to make the dumplings cash only to simplify record keeping.

It seemed somewhat dubious, so I tried to write ambiguously (but probably not successfully so

,) and focused more on the similarities at the time

For sure! It seemed quite possible they were associated for the reasons you mention and I wish it was a new iteration but alas…

I truly miss Dean Sin World and Mrs. Lu, who was a real sweetheart.

Agreed! Hope she’s doing well wherever she is

Sales tax is levied on prepared foods like hot restaurant food but not on unprepared food like canned beans at the supermarket.

Indeed! That’s why you can skip the tax if you get ice cream and tell them it’s to go (even if you leave the counter and take a seat to eat it).

I somehow neglected to visit any of the mama lu’s’s until now, and got interested in this question.

Anna Tang bought the 501 W Garvey location in 2015. The other two are still in the Lu family.
I see on Yelp that Anna opened another branch in 2016, Mama’s Dumplings at 608 E Valley.
All the menus look the same, cosmetically. 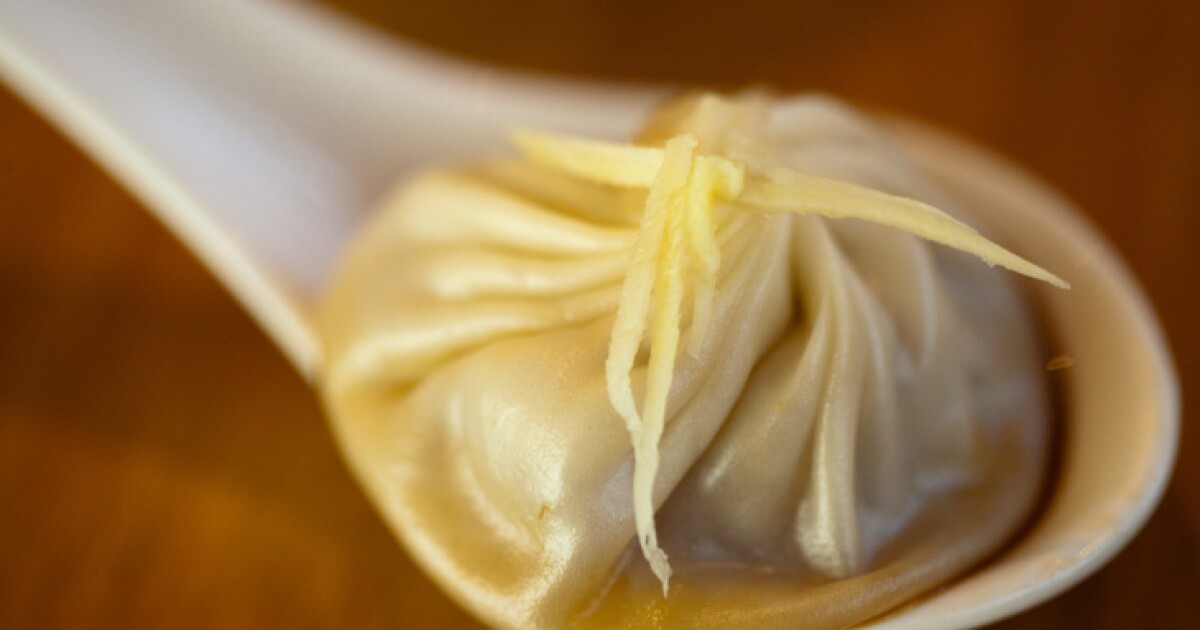 Brother and sister duo Yan and William Lu, who used to own the popular San Gabriel Valley restaurant, have paid back the $2.1 million they owed.

Ice cream cones, at least, are exempt from sales tax only if they would not normally be consumed on the premises.

That’s why you tell them it’s to go, my dude.

Not sure if I ran across this article before. Thanks!

If people normally eat the ice cream cones on the premises, the seller is required to charge sales tax regardless.

The mission of the California Department of Tax and Fee Administration is to serve the public through fair, effective, and efficient tax administration

The regulations regarding cold food to go are complicated.

Illustration by Jesse Lefkowitz. Not so long ago, a San Francisco tax lawyer and habitual hot chocolate drinker named William Weissman was puzzled as to...