Mr Taster's Coming Back to visit LA! Notable additions in the past 2 years?

Particularly in the SGV Chinese food scene-- are there any notable highlights that have cropped up since I left in Feb 2015?

I’ll be staying in Venice, though I’ll certainly be making a few visits to SGV during my time.

I hope I remember to pack those freezer packs for the 101 Noodle Express dumplings I’m going to smuggle home in my suitcase.

Are those dumplings better than the ones at Beijing Pie House? I’m pretty crazy about their pork and pumpkin ones

Grand Harbor in SGV. Chengdu Taste. When did you leave LA ?

Near Venice, definitely Charcoal. Maybe Night+Market Song will be open by the time you visit, on Lincoln near Venice Blvd. 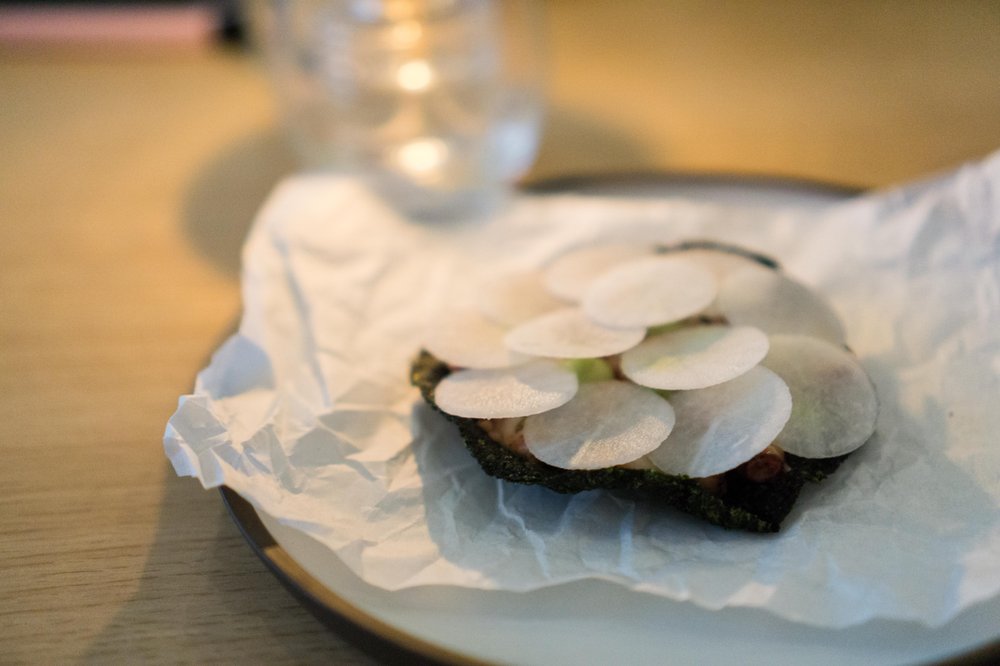 Specialties: Kato Restaurant serves the freshest seafood and locally-grown produce. We focus on delivering remarkable plates influenced by the aromatic flavors of Taiwan and Japan.

Have the lines died down at Chengdu Taste? When I left, it was madness and I never managed to get in the door.

In case you’re not joking, there’s no problem with food in your checked or carryon. But if they’re packed in those frozen things then they’re still okay in your checked bags.

Sorry. I was replying to Mr. Taster.

No lines in Alhambra especially if you go a little early.

Since you’ve only been gone a year and a half, the best of the SGV is pretty much the same. Din Tai Fung did move into cavernous new digs this summer in the Santa Anita mall and opened up another branch in Del Amo mall. The biggest change in the SGV is that so many overseas based Chinese restaurants have set up shop that it’s not news anymore. But these are generally specialty items, not destination restaurants. And more Chinese food on the Westside with branches of Northern Cafe (in Westwood Village) and Popcorn Chicken (on Sawtelle) arriving.

I hope I remember to pack those freezer packs for the 101 Noodle Express dumplings I’m going to smuggle home in my suitcase.

unless they’ve improved in the last 6 months, respectfully disagree with grand harbor if we’re talking dim sum. they’re a step up from the recently departed shi hai, but to quote another FTC-er:

“At this point, the food is more interesting than good, with nothing on this visit standing out and some of the stuff downright bland.”

but if you have to go, order the fried chicken knees: golden, brown crunchy from the cartilage inside and completely delicious

fish dumplings might be as good qing dao bread food’s

make it worth a visit.

+++++++
there aren’t too many laotian places, AJ Asian Kitchen might be worth trying (also elmonte IIRC) opened in 2015. i liked the nam kao tod, crispy fried rice similar in texture to korean dolsot

the original menu was more south asian lao/thai mix, but the owner told me he intended to add more authentic laotian items to the menu.

+++++++
lao xi noodle house in arcadia, legit authentic shaanxi cuisine. a few items on the menu not available anywhere else. look for ‘house special’ on the menu.

noodles w/pork belly fried minced pork could be overly salty/fatty, but the vinegar (common in shaanxi cuisine) brings it all together.

some interesting cold appetizers as well, like the marinated raw potato strings. shaanxi takes noodles to ingredients and techniques found nowhere else in china. the potato is marinated just enough to remove the ‘rawness’ out of the potato creating a “crisp” noodle with a vinegar based marinade.

and if it’s reasonably chilly out, try the lamb soup with mao er duo. they also add potato to make this a really filling bowl of soup from a carb standpoint

i don’t remember what this is, but i do remember seeing it on almost everyone else’s table and being glad that i ordered it.

+++++++
speaking of upgrading menus, the then fairly new by the time you left old shanghai kitchen had a problem balancing maintaining fresh ingredients vs shelf life. so they revised their approach to more of a bistro type approach and changed their name accordingly to shanghai bistro.

most of their better items such as their cold dishes are prepared beforehand so the main effort in prep comes before you order it.

this smoked pork belly over bean curd sheets was quick to prepare, the heavy lifting occurred when they delicately smoked the pork belly to be ready to cook.

++++++++
a few shaved ice places cropped up. one such is the korean hooshik cafe on atlantic in MP just north of garvey

+++++++++
if you like lamb, happy table’s lamb riblets with four dipping sauces for about $20 might be worth rounding up a few friends to join you.

++++++++++
jasmine house in alhambra might be worth a visit. they claim to make HK quality food, i wouldn’t go that far, but the chef back there knows what he’s doing. they might make the best pork chop in spicy salt i’ve ever had. pounded thin, lightly dusted with corn starch and fried crispy yet still tasty in the middle.

the mongolian beef might be the first dish i’ve had where the abundance of scallion wasn’t filler; the scallion was cooked perfectly through to eliminate the rawness and sweeten them, yet still contributing to the overall texture profile with substantial mouth feel. we polished off the entire plate leaving nothing.

++++
mian is about noodles, but try the spicy wontons; there’s a touch of star anise or five spice powder that completely changes the flavor profile.

++++
don’t bother with flavor garden - they moved out to chino hills and the replacement mgmt is not up to the task. in that same mall, recently opened new noodle guy serves up a decent bowl of pho which is 20% if you go between 3-6pm.

++++
xi’an tasty above the HK supermarket near garvey on garfield in MP is a relatively new shaanxi place with some tasty if slightly pricy and undersized (for the SGV) dishes.

++++
if you like dongbei cuisine, i believe chef geng’s is fairly new and has some good dishes. their noodles with five items(?) is reminiscent of a japanese hiyashi chuka better suited for hot weather.

+++++
china tasty which took over mama’s kitchen near 101 noodle express (which expanded and jacked up their prices a bit) in alhambra also has some long honkin’ noodles, but the the Q just isn’t up to snuff compared to liang’s or kam hong garden (which enjoyed a fairly recent renaissance though it may have started before you left)

++++++
was shanghai dunpling house already on the radar before you left? their XLB are awfully good in their own way and a lot cheaper than DTF.

and includes a spicy rendition

and a decent northern korean version of sweet & sour pork

but that’s about it.

Are those lamb riblets served with Sichuan Pepper corns/Ma La flavor? Been looking for a good version of that dish.

i didn’t say it was bad, just that the portions were on the small side and priced a little higher than what you might pay for the same dish at liang’s. the place is worth considering. i left out a few new places where i just couldn’t find anything to recommend them.

There’s Lao Xi Noodle House in Arcadia. They are a Shanxi restaurant. It’s a small place, but the food is great, especially the “Housewife Noodles”.

one of our very own opened up a hainan chicken joint in Santa Anita.

Trying to recall, did you hit Szechuan Impression before you left? There’s Chengdu Taste, which some have given a 'downhill alert" for. The Rosemead branch has always seemed easier to get in.

A ton of hot pot places, a lot of rip-off (and some decent) Sichuan and plenty of dessert places. Desserts went crazy in the SGV over the last 18 months or so. Otherwise, not a lot extremely new or different or exceeding previous “(b)ests.” Barry gave a good list, but here’s mine (redundancies included):

Desserts:
Premier Dessert for modern HK-style desserts
Blackball or MeetFresh for grass jelly desserts (think Mrs. Taster would vote for this one?)
You were here for 85C arrival and exapnsion (even though they’ve expanded more), but Bake Code and Duke Bakery have upped the number of bakeries with some different items.