Well since @PorkyBelly said ospi was open I decided to check it out. The 20% off didn’t hurt!

Apparently they are owned by the team that owns Jame enoteca down in el Segundo. I very much enjoyed our meal at jame but i wouldn’t place it in the same tier as gjellina, sotto (rip), osteria mozza, felix or bestia. So I had very medium expectations coming in.

Menu apologies I couldn’t get this in one shot but I take shitty photos. Also I had to ask for one at the end of dinner after it got darkbecause I forgot to take it at the beginning, see above about my photo skills.

image3024×4032 2.78 MB
Fried provolone with vodka sauce. This is a carry over from jame. Well fried and with gooey provolone. The outside didn’t have anything other than Parmesan devoid of other Italian/garlic seasoning flavor so it was bland and the cheese was not salty so you really needed the vodka sauce to add flavor. If they used smoked provolone it would definitely take the dish to another level.

Japanese eggplant. It was introduced as “our take on Sichuan spicy eggplant” which really threw me off since I was like wtf are they trying to do weird fusion Chinese Italian food? Literally was expecting mala flavors. Thankfully it was a previously fried but then it appeared dehydrated egg plant in a tangy spicy tomato sauce. One of the highlights of the evening.

Lemon tagliolini with lobster Diavola. I actually thought this would me more a pasta limone kinda like Jon and vinnys with lobster. I should’ve read more carefully to see the diavola description. It was nice and very seafood forward but nothing special. The pistachios were a very odd texture similar to how they are presented in ice cream and that was weird. If you’re expecting more bite to your handmade pasta this is not the place for you; didn’t have the same bite as pasta sisters or Felix but I believe that may be a stylistic choice and jame does pasta the same way.

Nduja pizza. Nduja was amazing great spicy porcine preserved flavor. I’ve never had this Roman style thin crust pizza before so I have no reference point for it. It reminds me of the foccacia di recchio at chi spacca but not nearly as good. It was very thin and the dough had some flavor - good but not great.

Citrus cannoli this is a winner. Crispy flaky buttery shell with tangy sweet ricotta cheese filling and preserved citrus pulp/zest. I haven’t eaten that many cannolis in my life but this might be my favorite.

Service was uneven which is to be expected as they were soft opening. Everyone was very nice and welcoming. There was a large pause between or apps and our pizza/pasta so they comped the pizza which was very hospitable of them (we didn’t even mention it).

One thing to note, whatever social distancing policy they have was definitely lacking. I don’t like to knock a restaurant during these times but it’s important that people are aware. The tables were all outdoors but were not even close to 6 feet apart and actually seemed to be like normal spacing. Additionally, no servers were wearing face shields or gloves. Further the host stand blocked the doorway so there was no way to get to the bathroom without getting really close to people going through the indoor area. Again they just opened so I want to cut them some slack And maybe their procedures will change but just want to give everyone a heads up.

Overall this place is a lot like jame enoteca a great neighborhood Italian joint. Wouldn’t jog across town for it but if you’re in the area you could have a very enjoyable meal.

Nice (and prompt) review! I believe that Chef Kalb & Melissa lurk on this site. I’m sure they’ll make some adjustments in the coming days.

, no servers were wearing face shields or gloves.

Seriously?
That’s just scary and unacceptable in late September 2020. New or not.

I’m sure they’ll make some adjustments in the coming days.

I hope so. Really wanted to try it. PPE isn’t shorthand for pepperoni.

I see on the menu in the pizza section is says “saka-style” for the crust. Any idea what that means?

Melissa Saka is FOH and part-owner there. I’m guessing it’s her personal favorite. Please report back if you find out more specifics.

This wasn’t explained to me but I think I overheard from another table that it had something to do with creamy burrata.

Yeah I wasn’t sure if the city of LA guidelines had changed or they were just opening and hadn’t gotten those logistics squared away.

The table spacing was definitely the thing I felt least comfortable with, we were already at the restaurant and there was no one sitting in the table behind us when we first sat. But after someone was seated behind us, before, in between, and after dinner we ended up putting our masks on while sitting because of the spacing.

I don’t like to knock a restaurant during these times

Your description seems very fair to me. Not spacing the tables 6+ ft apart and not having PPE for the servers simply isn’t okay. We’re 6+ mos into the pandemic, and the way to keep customers and employees relatively safe is not a mystery.

I would be very upset at the situation, if I were one of their employees.

I cancelled a reservation for tomorrow until I hear safer reports.

Yes, it adds stracciatella, chopped calabrian chili, and basil to any pizza for an $8 surcharge.

The good news is that all the servers this weekend had masks and shields. The bad news is I did not see any with gloves and the spacing is probably only about 4 feet between tables. Service was good and the Raschiatelli with spicy pork rib rage was excellent.

Great to hear they made some adjustments!

Great to hear! We’re going for the first time tomorrow night. Finally made it to Jame Enoteca a few weeks ago and loved it. But Ospi is walking distance from home…

A combination of a proper handwashing routine and proper use of disposable gloves is the best way to minimize risks associated with foodborne illness.

Face shields add no protection over masks. They’re pure theater except for medical personnel, dentists, and the like who might have unmasked patients or whoever cough, sneeze, or spit in their faces.

Face shields add no protection over masks. They’re pure theater except for medical personnel, dentists, and the like who might have unmasked patients or whoever cough, sneeze, or spit in their faces.

Maybe, maybe not - jury is not in on this at all. And please don’t quote the CDC to refute - it has taken them ages to embrace the obvious regarding airborne transmission.

I must say, however, that sometimes I have felt a little “exposed” when my face is below a that of a server (or a dental professional) who is wearing a mask and shield, knowing that the vector of any propellent will be deflected DOWN TOWARDS ME by the shield.

Distancing and good washing/gelling are probably the most important things we can do to protect self and others.

Distancing is as important as masks. Hand-washing prevents the spread of many diseases but to date contact tracing has not turned up a single Covid-19 infection from a surface. It’s always lung to lung.

The ineffectiveness of shields against aeorsols is basic physics. Aerosols are dispersed in the air, they’ll just go around. 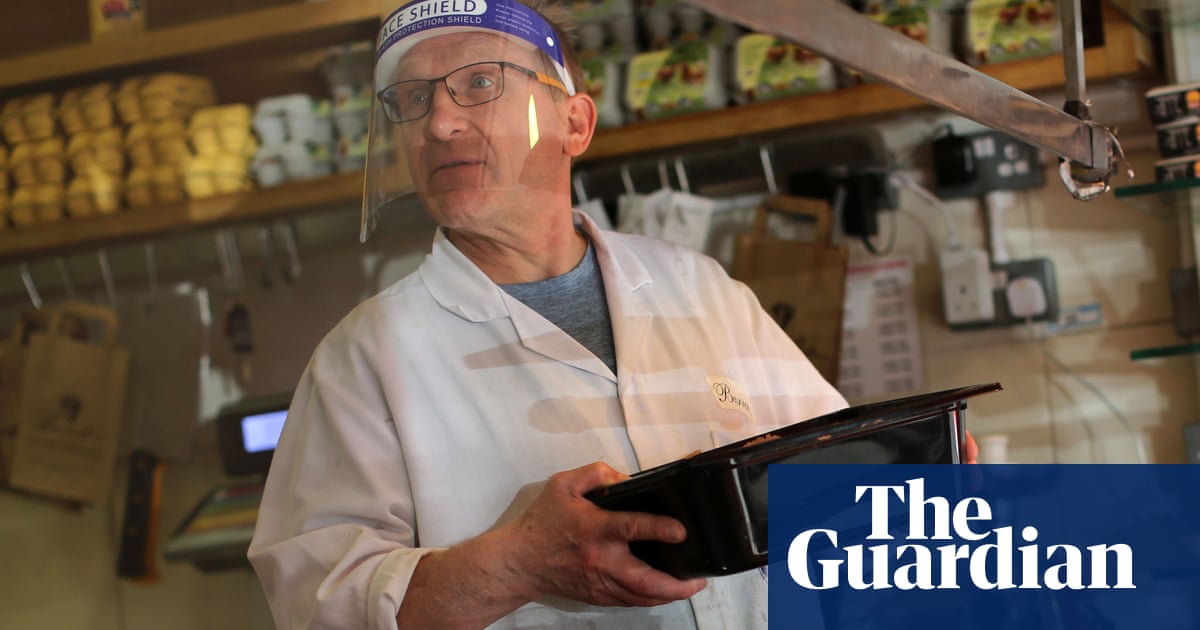