Red, Ripe and Renegade: Berries That Break All the Rules 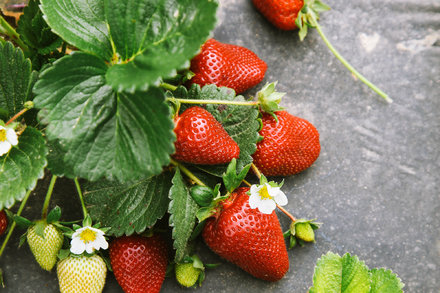 Red, Ripe and Renegade: Berries That Break All the Rules

They don’t produce a lot or last long. But Harry’s Berries, a 50-year-old family farm in California, thrives by selling strawberries at their peak.

Per our discussion re: Harry’s Berries in another LA-based thread. Nice read!

I presume the Mara de Bois are the same as the Mar de Bois I bought last year at Chino Farms. Those are worth a special trip.

There are so many cultivars that I just don’t know if they’re the same.
But the Mara des Bois from Harry’s Berries are astounding. Unfortunately, they were some of the first strawberries I fed to my young daughter and they are now her favorite. Kids. It’s like they know what costs more on an instinctual level.

She’s doing it just to piss you off - they’re savants at that.

I lol’d at this

the online grocer FreshDirect; and the Doughnut Plant, which features strawberry-forward doughnuts in the spring.

I thought about this article while on my drive to work - it’s a reminder that there are generally 2 ways to be successful in business: do it better or do it cheaper.

Yup. Quality or volume. It can be a cruel world in between those two extremes.

In-N-Out and Chipotle do OK straddling that fence.