"Thomas Keller, an Exacting Chef at a Crossroads" from the NYT 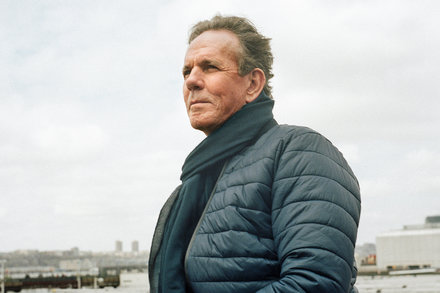 Thomas Keller, an Exacting Chef at a Crossroads

At 61, with big projects nearing completion on both coasts, the influential founder of the French Laundry contemplates his next chapter.

the influential founder of the French Laundry contemplates his next chapter.

Lucky for him, he’s one of a few that won’t find Chapter 7 as his next chapter. That said, I’m more likely to spend my money on a fast food filet of fish sandwich (although it is probably 30-some years since my last one of those) than give any of Keller’s restaurants another centavo … I wouldn’t turn down invitations where I’m a guest, but I’ll let him contemplate his grand intersection of life without my dough.

His places are just “too rich for my blood.” But I enjoyed the article.

“All of this comes at a time when the experience at Per Se or the French Laundry — nine or more courses of artfully rendered French-influenced food spread over three or four hours at a cost that starts at more than $300 a person — is being challenged as anachronistic.”

I don’t think the French tasting menu concept is “anachronistic,” in fact, in the past few years, it has probably enjoyed the its height of popularity. More places than ever seem to be doing tasting menus. Per Se and The French Laundry have fallen slightly out of favor, in my opinion, because while Keller’s food is quite technically beyond reproach, it has been emulated so much that it doesn’t seem that innovative anymore. Its haute Californian-French/Mediterranean is a bit stolid by today’s standards, and perhaps they’re in a bit of a rut, relatively speaking. The French Laundry doesn’t turn on brilliant flavor combinations or innovative uses of ingredients; rather, its calling card is its technical execution, and when that isn’t perfect, it’s easy to disappoint.

Part of the difficulty is expectations, in my opinion. It’s hard to live up to their legendary status, especially when their menu is rather subtle and “traditional” in some ways. At our meal at The French Laundry last year, we found the menu to be nice, and generally quite pleasant, but course after course, no real excitement came. The signature oysters and pearls had great texture, the coronets were nice, coffee and donuts fine, but the highlight if there was one was a good asparagus veloute; and after that, I don’t remember any of the other dishes, except for a Mangalitsa pig that was notable simply because a it paled in comparison to a similar dish at Meadowood a few weeks prior. When there were slight technical flaws, the dish felt like somewhat of a failure. If we hadn’t heard of The French Laundry, we would think it’s closer to a high 1-Michelin Star, perhaps 2, bumped up for its technical proficiency, but not a 3-star because it didn’t imbue us with any sense of excitement or wonder like the best of them can. We came away with the impression that The French Laundry is, at its best, a bit nearly “perfect” but relatively boring, and that it must’ve gained its status because it has a very high degree of polish and refinement and earned a reputation as an early adopter of this style of menu.

Furthermore, so many alumni have leveraged their experience at the legend that is The French Laundry and parlayed that to their own restaurants elsewhere, that you wonder if Yountville can maintain the breadth of talent that once made it great.

If we hadn’t heard of The French Laundry, we would think it’s closer to a high 1-Michelin Star

Almost my exact thought. I felt like If I never heard of the place, and the bill was $100-something pp, I’d have said “that was a lovely lunch.” I also thought that wines going for 3.5 to 4x retail on the lower end of the menu was just just obnoxious, and we didn’t drink. There was no way I was going to pay him for the usury of $100+ for “rare varietals” that were imported from … down the street, even if poured into a pretty glass. My TK experiences have been (1) above, (2) an ok (food) lunch at Bouchon with horrible service, seated in a swarm of flies, (3) mediocre pastries from the bakery, and (4) a delicious meal at Ad Hoc.

We all have “crossroads” in our lives. But I suppose if you are important enough to be able to charge $500 for someone’s next day shit and same day piss, then your crossroads are more important and worthy of press.

Even as a guest, if someone asked where I’d rather go for dinner, I’d suggest the local diner, Alice’s On Shattuck

That’s one way to put it…

I’ve had a pretty good meal at Bouchon Yountville and an abysmal meal at Bouchon Vegas. My favorite restaurant of Thomas Keller is the fried chicken takeout from Addendum at Ad Hoc. Fried chicken to go, maybe some salumis and cheese from Fatted Calf at the OxBow Market, and a good bottle of Blanc de Blancs. That’s a wonderful Saturday afternoon, imo.

then your crossroads are more important and worthy of press.

He’s newsworthy because he’s a legendary chef and an icon. I think his status outweighs the current reputation of his restaurants, though.

He’s newsworthy because he’s a legendary chef and an icon. I think his status outweighs the current reputation of his restaurants, though.