Tired of going to the same Mexican spot or beachwood
Tx 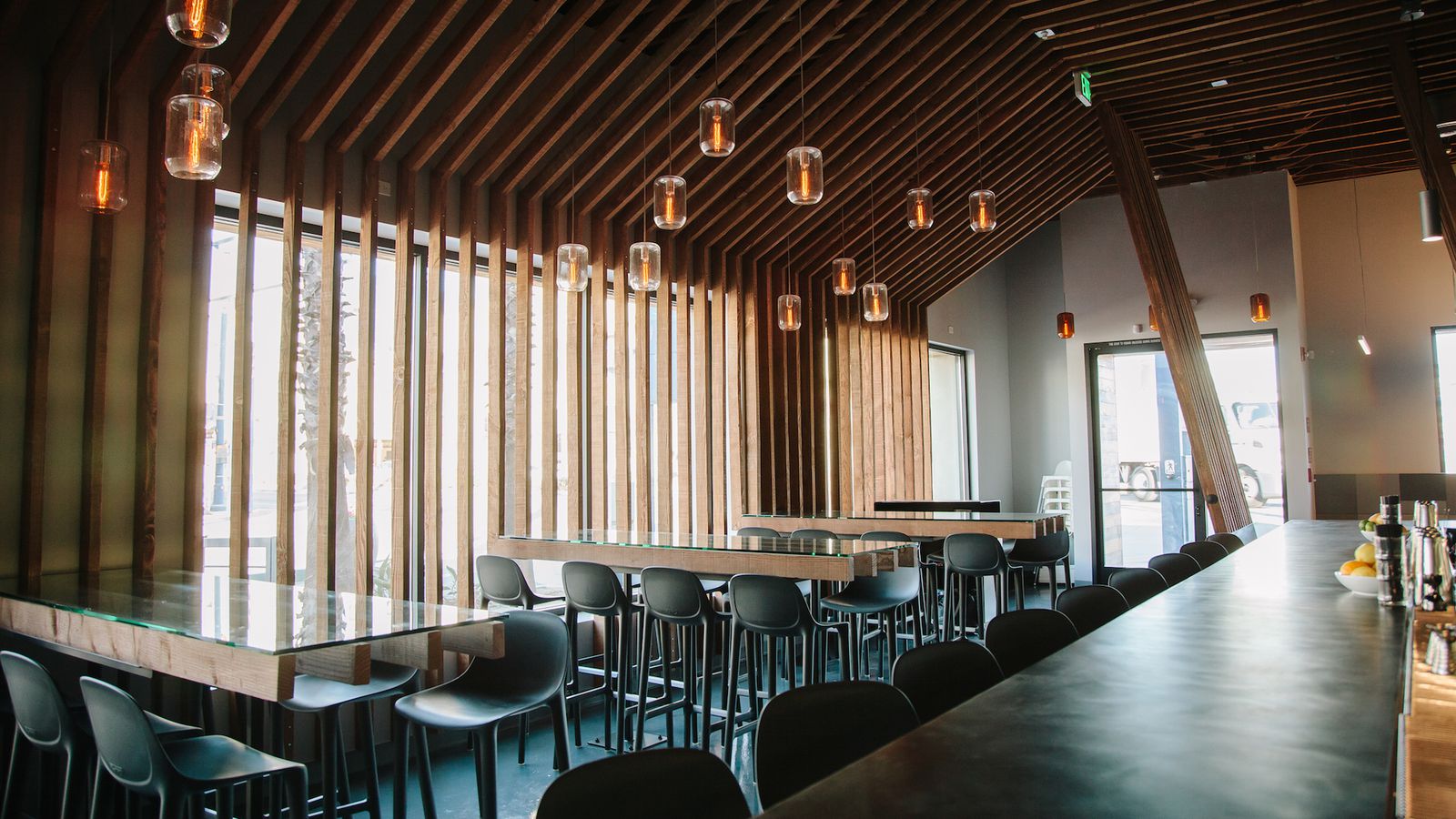 Stunning woodwork and lots of taplines

shiner bock by the schooner. so cold there’s ice on top.

a quality pickled egg as well.

Yes, I saw Beer Belly. Pretty crazy they opened right by Beachwood and Blendery. I’ll basically never walk in there because of that fact. (which was also the reason we went down to LB)

Ended up eating at Michael’s

Pier 76 on Pine St., just up the hill from the Convention Center. Simple grilled fish with good sauces, grilled zucchini, etc., very inexpensive. Note that with the exception of the wild cod used for fish & chips, this is mainly farmed fish (not sure about the yellowtail, which is what I usually order). The online “order for later” menu is more accurate than the menu page without prices.
https://www.pier76fishgrill.com/home

Up the street another block, is King’s Fish House, the mothership of a Southern CA chain. Some fancier fish, with prices to match.

Welcome to the House that Seafood Built.

But if you’re in the neighborhood anyway, and you like tapas, I strongly recommend this place: http://www.cafesevilla.com/long-beach/

Great, thanks! I’ll let you know where we go.

Sure thing. I’m doing a trip report from last week, with a few photos, but I probably won’t have time to post it for a few days.

We’re staying in the area for a couple days and also plan to check out the San Pedro Fish Mkt. on the way home. Any recs for buying seafood? And for eating?

10 minutes north on the 605 is the Original Fish Company. The best clam chowder in the LA/OC area…I haven’t tried Connie & Ted’s, yet. We go to this joint pretty often…the happy hour here is great…and the key lime pie is my husband’s favorite.

I haven’t been in a couple of years, but remember liking England Fish & Chips in Long Beach.

Also, The Chowder Barge in Wilmington seems interesting but I have not been there myself yet.

@TheCookie If you’re there today, go to the Southeast Marina Farmer’s Market, which is open till two. Don’t miss the Bonjour yogurt stand. Best ever.

I love that farmer’s market, too…that yogurt is delicious.

Smooth, creamy, subtly tart and sweetened with fruit only.

Berth 55 Fish Market & Seafood Deli
It’s a fish market with some outdoor seating. No frills but I go there whenever in the area. Very reasonable. You can even get it cooked by the pound if you want.

cheko el rey sarandeado. for snook and marlin tacos. no, sergio’s not in the house, but it’s still fantastic. call ahead and order the snook to save wait time.

Ahhh… I thought about Cheko too.

I meant to post this last August, but never did. Most everything should still apply:

I stayed in Long Beach for a conference last week, and the fare on my visit, briefly summed up, consisted of fruit, fish, and more fish. Neither great produce nor fish are readily available in Las Vegas, so I took advantage of what was there.

Slow start leaving Vegas on Saturday morning – hit the Barstow Del Taco as usual, but instead of my standard order of two Barstow Tacos, I had one, plus a bacon breakfast taco. I don’t know if this is the norm, but it was made fresh, with excellent bacon, and the side of their homemade pico de gallo made it really great. Sure wish all Del Tacos were like the ones in Barstow.

Barely made it to the Santa Monica Farmer’s Market in time to grab some of those Mara de Bois at Harry’s Berries. The tiny French berries were very perfumy, and some of the best berries I’ve ever eaten, and their Seascapes were also excellent – as were their cherry tomatoes. I also picked up a Sugar Cube melon from Weiser, which I saved and brought home to SO on Thursday – meanwhile it gave the hotel room a nice scent all week. SO and I agreed that it was like the cantaloupes of our youth.

I had some free time on Sunday morning, and based upon my local friend’s recommendation, hit the Marina farmers market, where I scored some excellent white peaches and white nectarines (which had been mostly gone from the Santa Monica market by the time I got there), as well as some nice bell peppers. My friend had recommended the yogurt from Bonjour, which turned out to be the best yogurt SO and I had ever had. Between the two markets, I was well stocked for the rest of the trip.

Several nights I had simple grilled fish at Pier 76, which was just up the block from my hotel. They do it well, and it’s quite reasonable. I took a couple of breaks from the fish though – one night I had tapas at Cafe Sevilla (excellent), and another night I tried the meatloaf at The Federal, which was also very good. I could eat different things off the menu at Cafe Sevilla for a week, and be happy.

Hit Langer’s for breakfast on the way home, and picked up the usual 2 lbs of pastrami and a loaf of rye to bring home.

As for Pine St., (which is sort of the restaurant row of the convention center area in Long Beach): It reminds me of a smaller version of Fifth St. in the Gaslamp District of San Diego, with one important difference: There are actually some good restaurants on Pine St., where the Gaslamp restaurants are almost universally mediocre tourist traps. JMHO.